Back to using cameras with actual glass stuck on the front for a change. Recently acquired two MF cameras that needed putting through their paces. The mighty Pentacon SIX and a Mamiya M645 1000s. Both of which I find I like. The Mamiya’s main issue is that is not 6×6 😉

We are experiencing an early, and possible false start to, spring. The lowlands are bereft of snow, but in the mountains there is more than enough.

Week 10, the P6 with Volna 3. Portra 400 (the new version). First off a focusing test that turned out quite nicely in its own right. Then a couple of the Oslo local office branch of the Statoil (Norwegian oil) company. A favourite haunt of mine, located next door to where I work. 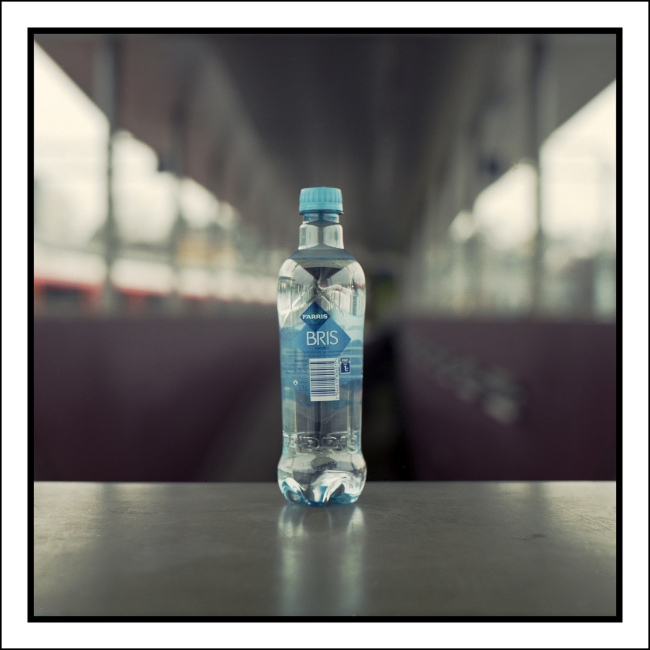 Week 11, Also the P6 and the Volna 3 (I was thinking of getting a Biometar, but may just not – the lowly Russian lens is not at all bad). Kodak TMX in HC-110 dilution-H. A dreary day out in Drammen, a town not far from where I live. Trying to avoid too much bleak and featureless sky, this is what I got. A Freemasons lodge, trees in sympathy with a statue of a former deputy Mayor, a selfie mirrored in a 10ft tall spherical loudspeaker (see if you can spot me), and some padlocks on a bridge (evidently not that many have been to Paris as yet, or maybe not that many are in love). 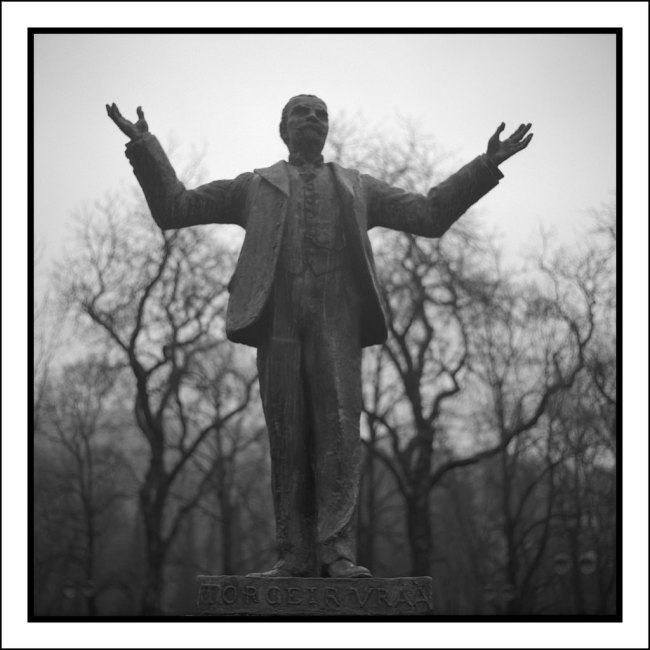 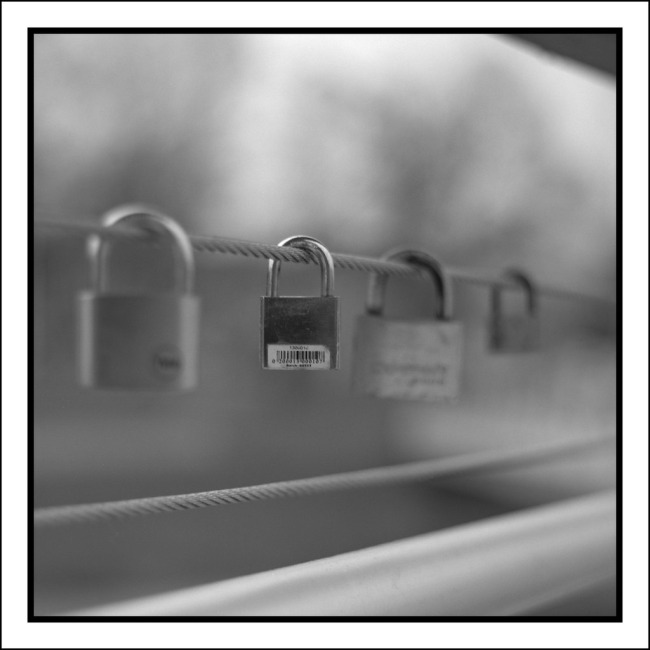 Week 12. The Mamiya and the standard 80mm lens. Ilford PanF+ also souped in HC-110. The slightly underexposed frames exhibited a very strange clumping of the darker areas. So, not that many came out as expected. Next time around PanF will get the Rodinal treatment. What did come out were these two with sunny skies, lots of snow, in the mountains of Hemsedal, Norway. 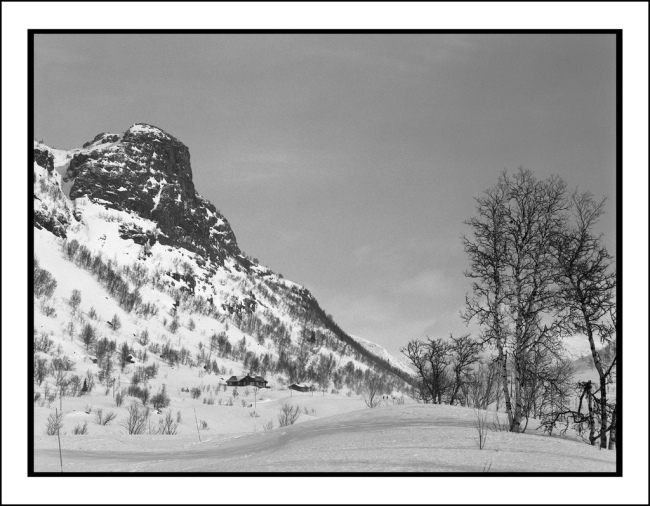