I couldn’t resist this Voigtlander Vito IIa when I saw it on eBay recently. I really wasn’t looking specifically for one, indeed was not familiar with them at all, though in the back of my mind I had promised myself to try one of the original Voigtlanders – I have a modern one (R3A) but we all know that they’re really only Voigtlanders in spirit.

It is fitted with a Color-Skopar f3.5 50mm lens in a Prontor SVS shutter.

It’s an entertaining camera in many ways: the shutter cannot be cocked until there is a film loaded. Everything is controlled through tiny levers on the lens itself. The film wind on is beautifully discreet and the re-wind suddenly pops up when a switch is moved. The engineering is really rather impressive. 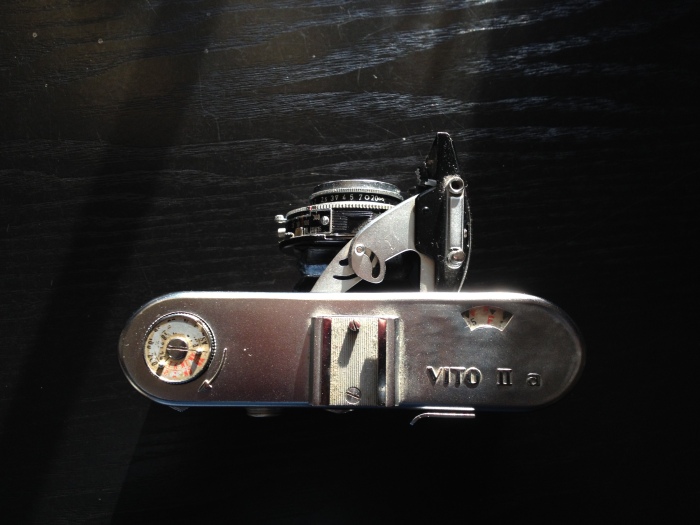 The camera had arrived when I was working away but come Saturday morning it was ready for it’s first exercise. I loaded it with the new Adox CHS100 II and took it for a walk around my little bit of London which was looking wonderful in full Spring glory. 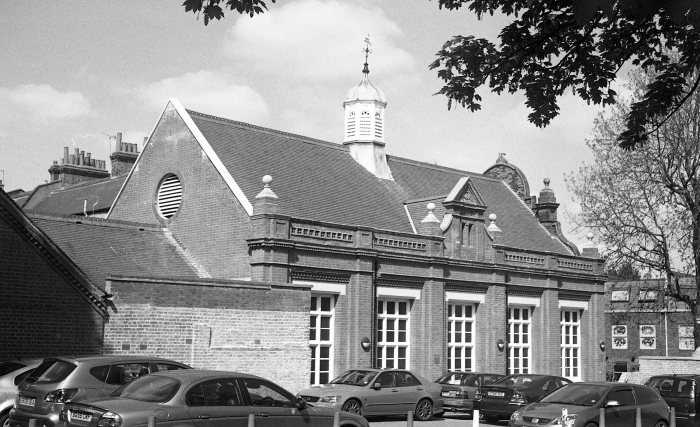 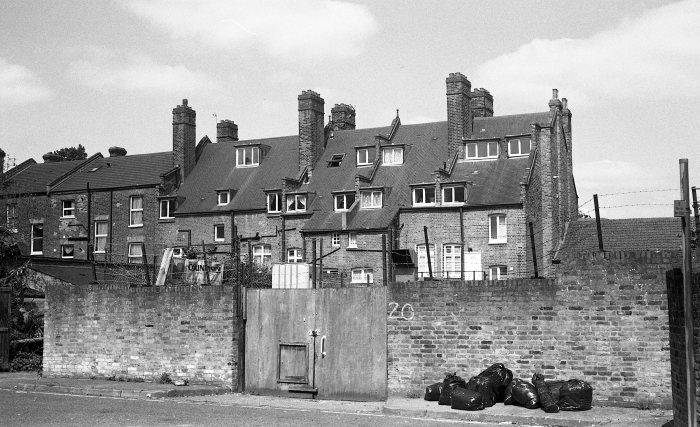 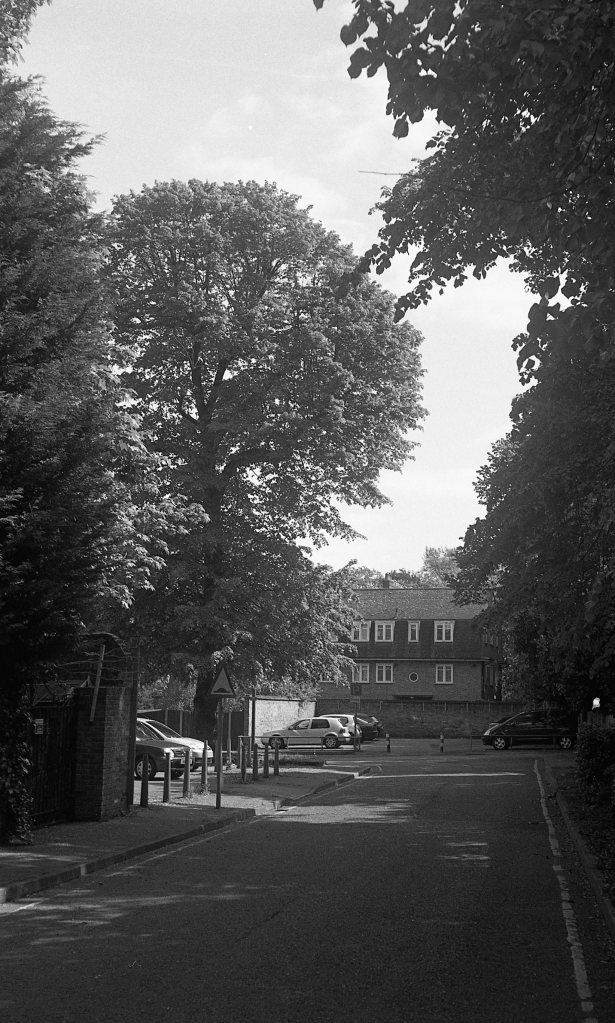 It is a scale focus lens – no rangefinder – and on the next one I got it wrong: annoyed at myself as this would have been a better shot if it had been in focus. 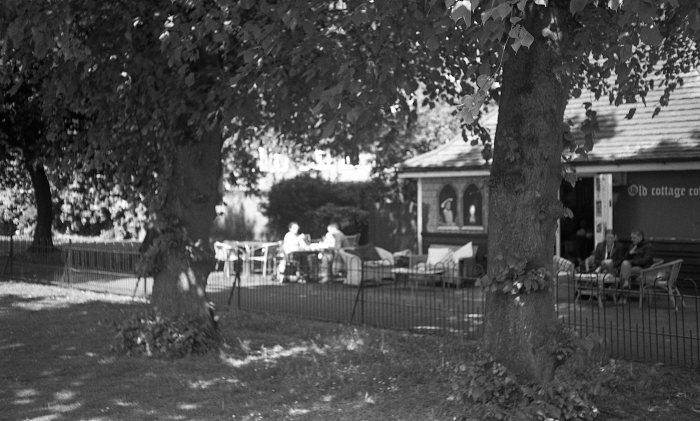 Got this one wrong

The walk through the park took me to the back of Charlton House and I wanted to get some shots of one of my favourite landscaping devices – the Ha-ha. Such a simple device for tricking the eye – and we are fortunate to have not one, but two nearby. This smaller on in Charlton, then about a mile away a much larger one built to separate the Royal Artillery barrack grounds from Woolwich Common – there is a local road called “Ha-Ha Road marking this.

The back of Charlton House, by the Ha-ha 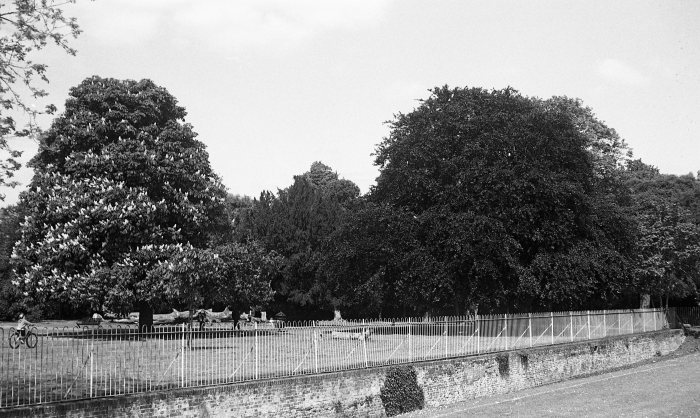 Of course, the fence would not have been there originally – the whole point of a ha-ha was as an alternative to an unsightly fence – but it is probably wise to have it preventing people from falling into the ditch. 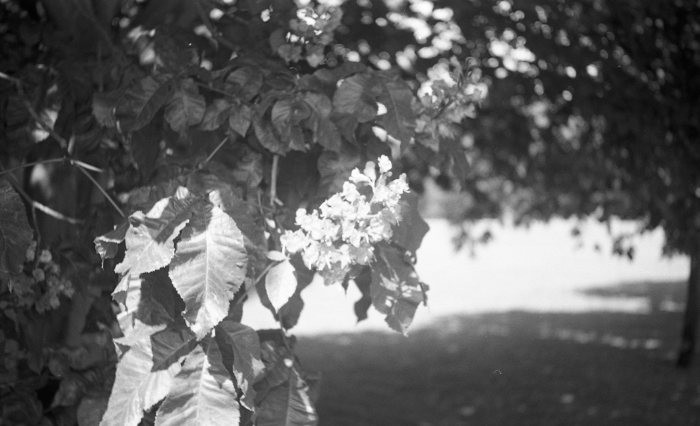 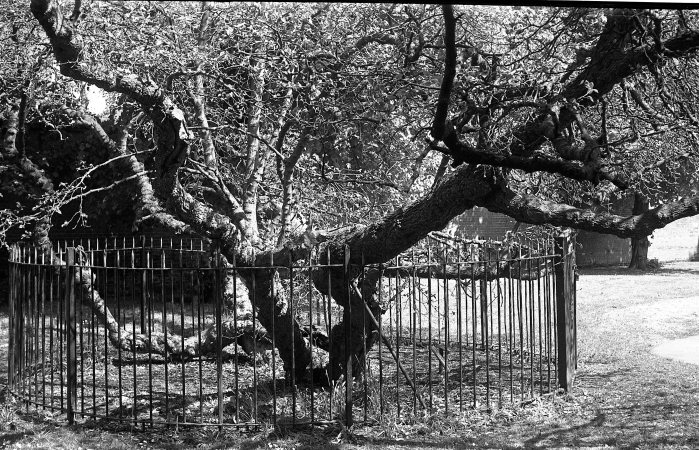 Overall, this camera is a delight. It’s eminently pocketable and very nice to use. Then lens is clearly very capable and providing the user gets the settings correct then a nice set of results are possible.

I’m also pleased with the CHS100 II: no filters were used but it has picked up the clouds and skies nicely. It is a curly film though, despite hanging for 12 hours it still likes to curl before going in the scanner.