On Saturday morning I developed 6 sheets of film that I had taken over the previous week. Little did I know that over the weekend my treasured Toyo-View 45CF, tripod and most of my large format lenses would be stolen. These are probably the last photos I will ever have taken with “Toyo” unless it is recovered.

I am distraught that the camera I have learned large format photography with, and the lenses I had so carefully pursued and collected are gone.

During the last 18 months “Toyo” has been my life’s blood whilst I have been recovering from operations and major illnesses caused by cancer. I loved this camera so much simply because it helped me to see the world a little differently, and to get up and about into our great National Parks along the coast, escarpments and mountains near where I live. Many days were spent carrying “Toyo” and my favourite lenses through the bush, along rivers and down beaches. I have been fortunate that my partner Melody, and my children too, have been supportive, helping me at every step. Everyone has shared in carrying “Toyo” sometimes, when I got too tired or the pain was a bit much.

It has been a strange spring with seemingly never ending storms and rain, and sometimes foggy mornings on the escarpment and inland. The weekend before last Melody and I went to Currarong where I took photos of clouds and seascapes using my now gone Nikkor-SW 90mm f/8 lens. It was one of my favourites. 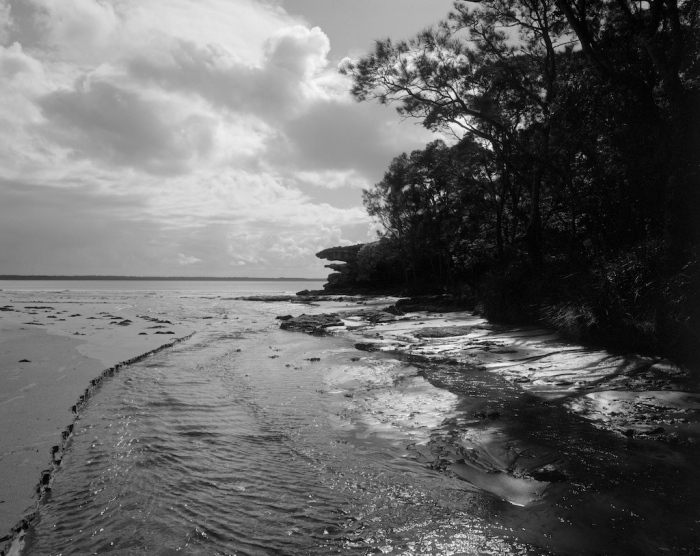 Driving to work last Wednesday or Thursday, I stopped in the fog taking a photo of a dead tree with my now gone Nikkor-W 180mm. I particularly liked the way the fog blocked out the surrounding countryside and houses. 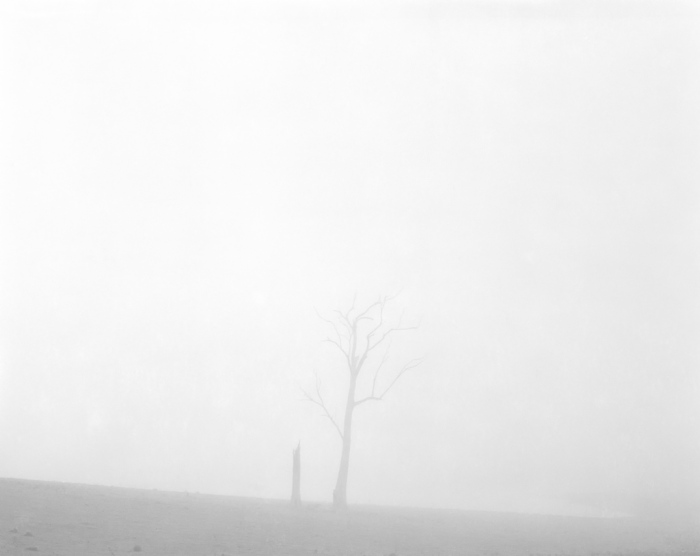 On Friday we went to Barren Grounds Nature Reserve because I wanted to see if the wildflowers had started to blossom. This is one of the last photos I took with “Toyo” using my now gone Nikkor-W 135mm. I took several more exposures of a group of flannel flowers but these might never be seen as they were still in the camera bag with the rest of my gear which was stolen. On Sunday I had planned to go back with colour sheets of film as there were so many flowers coming out.

Today as I was driving home I saw the light falling on the mountains and wanted to take “Toyo” out for a photograph. Instead there was only absence and grieving. I feel that a part of me is gone.