Today’s film adventure takes the EXA and roll of Fuji 100 down I-395 south of Reno to Tioga Pass in California at the eastern gate to Yosemite.   I was in search of fall color and met big grey clouds for a dusting of snow.   I didn’t really get all of the leaves and color that I wanted on this roll but I did get to go to one of the places on my “List.”    What List?   Oh, you know, that list of stuff and things that you think someday you want to do?   I wanted to go to a gas station for lunch.   Yup.   A Mobil gas station in Lee Vining, California.   Sounds spectacular doesn’t it?   Well, all I can say is that the next time you are within a thousand miles of this gas station, you should really give it a try.   It’s worth the drive.   More on the food later because I took some pictures when I was there … 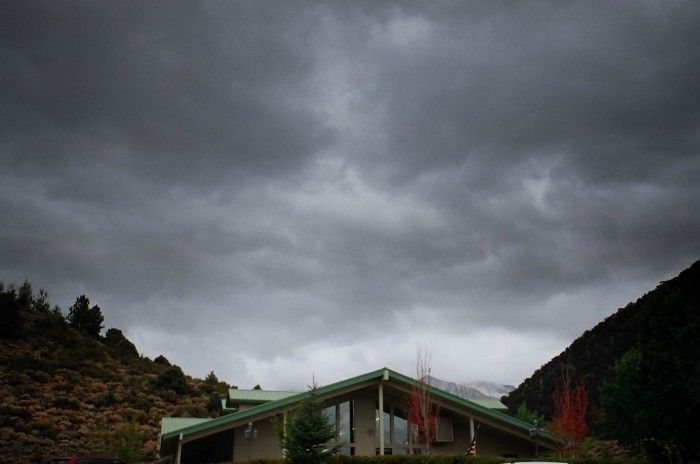 Looks ominous in the background as winter creeps into Yosemite 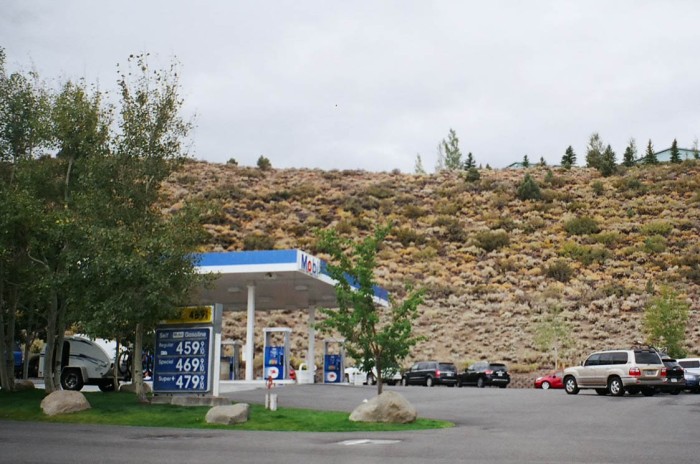 Looks more ominous when you see what they charge for gasoline …

Seriously, folks.   It is just a gas station.   For real.   It’s a nice one, though.   There’s a little gift shop inside with a deli.   The Whoa Nellie Deli.   And, it’s not just sandwiches.   It’s homemade buffalo meatloaf and mashed potatoes that didn’t come out of an instant bag.   It is the best fish tacos I have ever had.   The fish was lightly breaded and deep fried but you didn’t even notice because the crisp on the outside was just right and the fresh on the inside was unmistakable.   And, did I mention the mango salsa?   Ya.   I inhaled it.   I inhaled it all so fast that I didn’t even think about taking pictures.   This is the kind of stuff you have got to go get for yourself.   No photo would substitute for the real deal.     Here’s their website … http://www.whoanelliedeli.com/menu-1/ … you won’t believe your eyes.

And, while you are there, the Mono Lake/Yosemite Visitor is pretty cool.   The movie about Yosemite was very interesting.   My five year old even sat still through it. 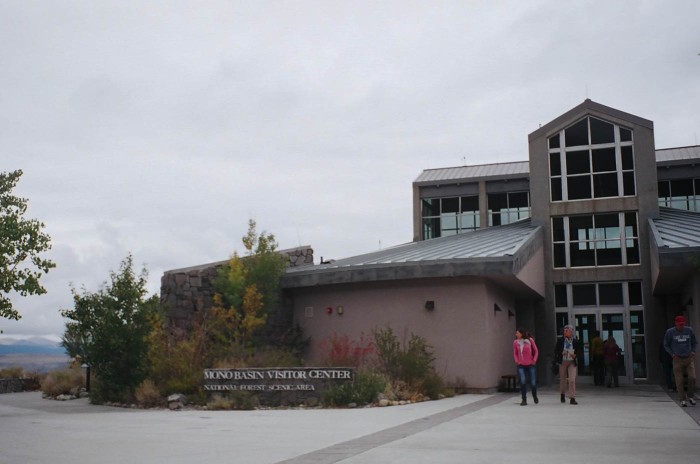 Aaaah.   No wonder Ansel Adams loved the eastern sierras.   It is even more beautiful on a crappy weather day. 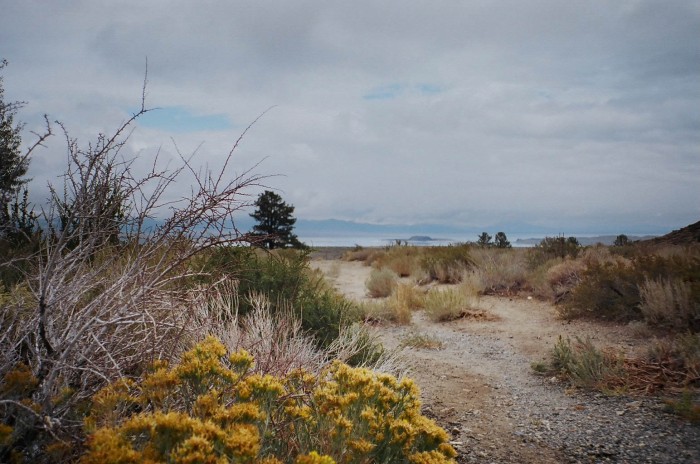 rabbit brush on the trail to Mono 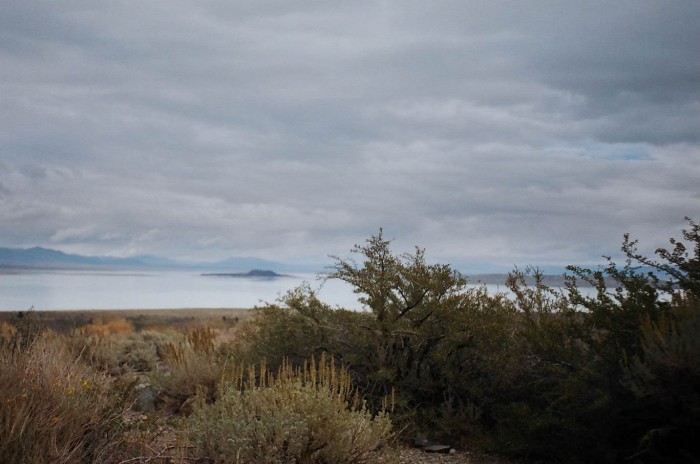 Mono into the desert

This last photo is a panorama from my NIkon D5300 with some filters from Lightroom at Sonora Pass.   I love the change of seasons.