I’d been waiting patiently, almost forgetting about it entirely, but the Traveling Yashica finally arrived to me, safe and sound, last week. David Lee, in Korea, who I’ve recently followed on Twitter, was the previous user. Trying my best to get a roll through it and back in the mail as soon as possible, I decided to just get it done. 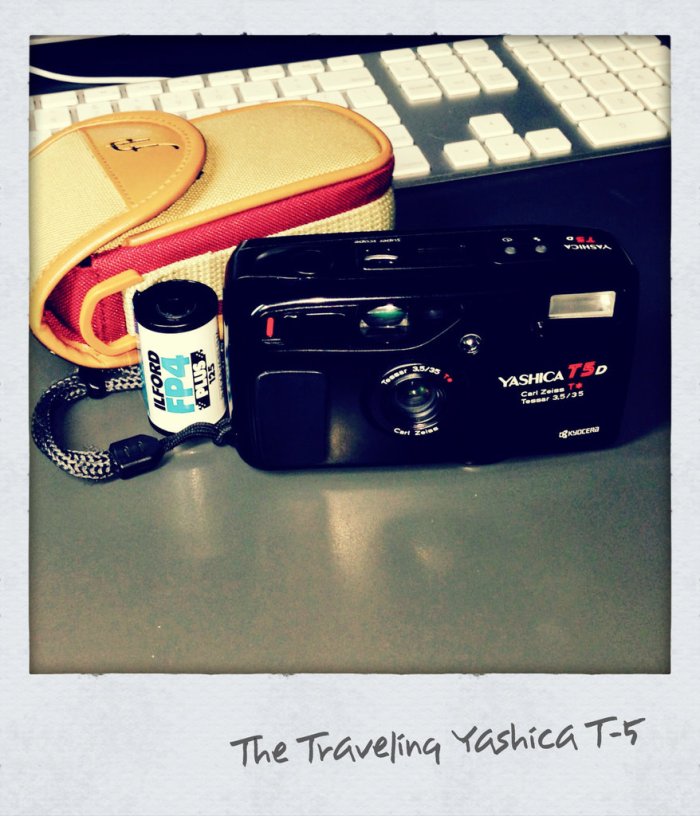 I’ve been anxious to try Ilford FP4+ with Rodinal stand development, since receiving my new bottle of developer from Freestyle Photo. So, I put a fresh battery and roll of film in the T5 and headed to my default local photo destination, downtown Tulsa. Every time I feel like I’ve exhausted every angle, detail, and area I find something new. The Centennial Park and Pearl District are end to end, just east of downtown. I parked, in the park parking lot, and set about walking the area, again. 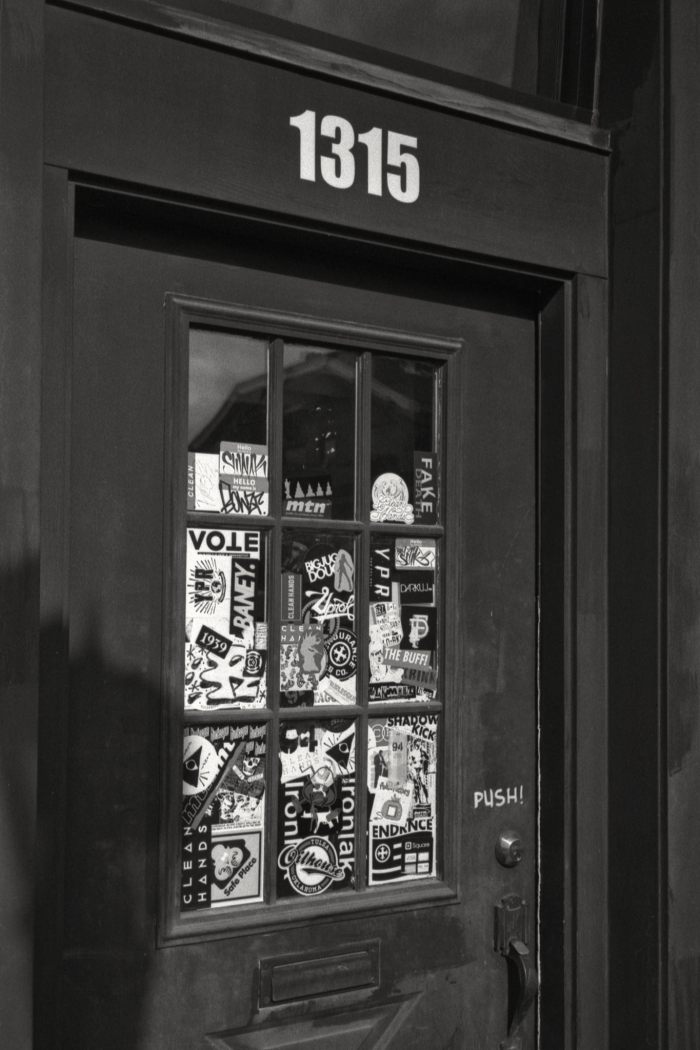 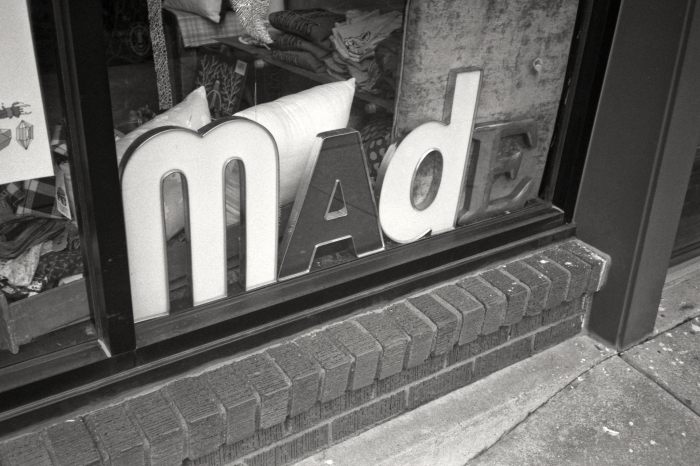 It was cool, about 45º, windy, and very overcast. After taking a few dull shots, the clouds broke apart, if just for maybe 30 minutes, but I was able to get a few good ones while the sky was quite dramatic, before packing up for home. If I’d been carrying one of my old FLRs or SLRs, I’d have slapped an orange or yellow filter, to get some better contrast, but the T5 isn’t that type of camera. It’s meant to be light, easy, and fiddle free. 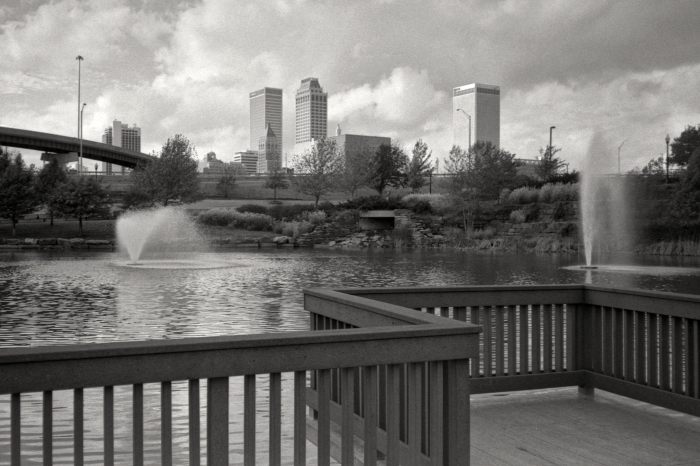 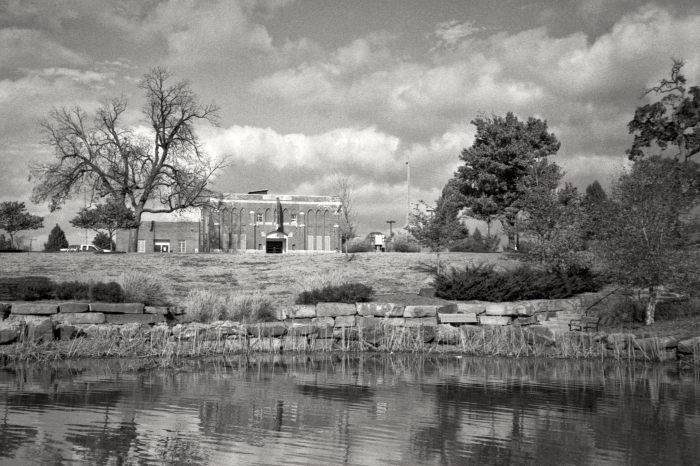 My impression of the T5? It’s a nice size, easy to load, quiet, and seems to have a very nice lens. I didn’t read the manual, but I’m guessing, being a DX coded camera, has no way of changing the ASA/ISO. I was wanting to shoot the FP4+ at ei80, as that’s what is recommended for stand development, but 125 isn’t that far off, so I didn’t worry about it. I’m not real experienced at reading negative density, but they look ok to me, and seemed to scan well. Very little work was needed in post. Most of the frames are sharp, contrasty, and perfectly spaced. I noticed the auto load feature seemed to waste a bit of film at the front end, more than most cameras I’ve used, but I still got 37 frames. I usually get 38-39 in my XA, which is a manual loading compact. 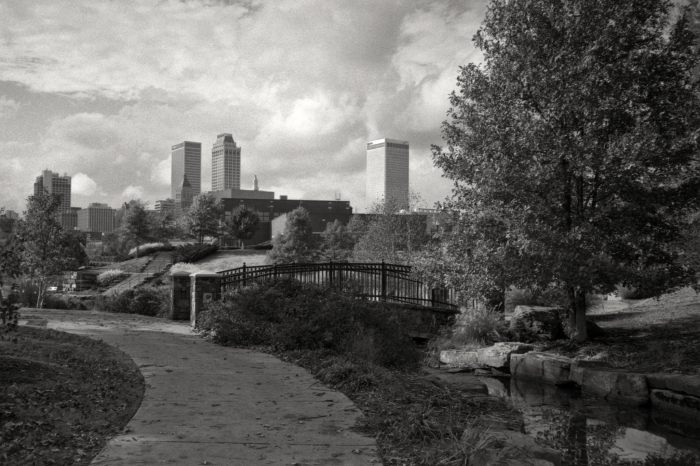 As for the stand development, my first attempt came out great. I’ve been using Caffenol, in various recipes for a few years now, but after the initial curiosity and amazement wore off, I started looking for a more traditional developer. I’ve been reading a lot about stand development on Hans ter Horst’s website, where he showed many fine examples using the process. Several strengths and ratios are given, but I settled on the weakest mixture and longest time. A 500ml solution is made from 500ml water, 2.5ml of Rodinal, and 1g of Borax powder, which is added to prevent “bromide drag”, which can cause streaking on the negs, usually near the sprocket holes. Stand development gives amazing shadow detail and is super cheap, like 8 cents a roll cheap!

Everything during the 2 hour development, scanning, and editing went as planned, and I’ve chosen the best from the roll and created an album on Flickr, as well as adding them to the 35MMC group. I’ve enjoyed participating in this great project, even completing the journey around the globe, as the camera came to me in Oklahoma. On to the next user…

Thanks again Hamish for putting this together!

2 thoughts on “Roll 18 – The Traveling Yashica”