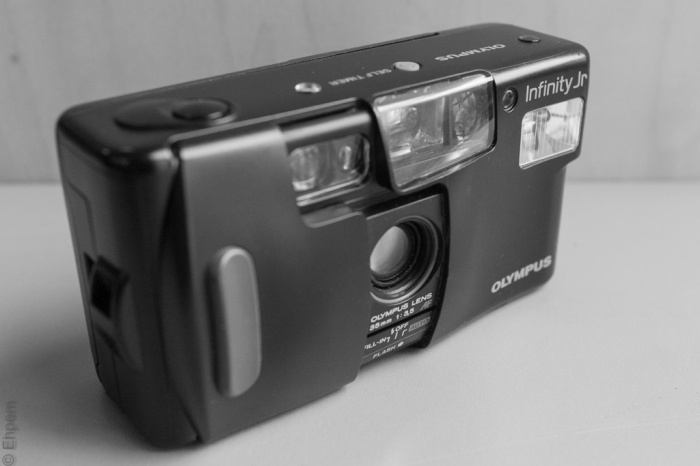 Time to introduce myself as well. On the interweb I am known as Ehpem, and am trying to keep it that way for a variety of reasons. Some are even good ones. I live in Victoria on Vancouver Island. I recently left a long-term government job and am working fewer hours as a consultant and researcher, which in theory gives me more time for photography. In my professional life I am an archaeologist, specializing in the coastal regions of western Canada and USA, but I did spend a few years working in the UK. My photography experience was concentrated on technical archaeological shots – pictures of dirt, pictures of artifacts sitting in dirt, pictures of artifacts in the lab, and sometimes pictures of archaeologists at work. There was not a lot of room for creativity, and the film was not mine so most of it resides in museum collections, beyond my reach and study.

For 30 or 35 years I shot Pentax Spotmatics (first one bought in 1974), and then for quite a few years I barely took any pictures except on digital point and shoots since I had become stranded in a cube-farm, or office as some were kind enough to call it (my kind of office is a temperate rain forest or shoreline). Then, through a series of accidents I ended up buying a DSLR a bit more than 3 years ago. This opened up the creative possibilities for me, the immediate feedback allowed me to learn a lot more about taking photographs, and made me a better photographer.

I have a daily photoblog that has run for over 3 years which is a mix of digital and film photography. A bit more than a year ago I found an Olympus Pen half-frame in a thrift store for $3 and decided to risk buying it, the risk being the price of a coffee. That camera really sparked something for me and I have shot a lot of film ever since. At the time I was researching buying a pocket digital camera, one of the new Pens was an option and this was how I knew about the original Olympus half-frames and their important place in camera history. I soon discovered that I could fill my pockets with small film cameras so I never did buy a small digital. Since then I have tried to apply to analogue photography what I recently learned about photography from using the DSLR. And that is how I ended up at 52rolls.

I shoot all kinds of things on film, but a strong theme is pattern and abstract subjects. What I shoot partly depends on the camera. I did try candid street photography but never felt comfortable taking people’s likenesses without their OK especially as I had the intention of putting shots on the internet. I have more recently bought a medium format camera, and when that is in my hand I am more inclined to ask someone if I can take their picture, so that is working out. Not spontaneous, but suits my needs.

I keep my eyes open in thrift stores for interesting cameras with promise at good prices, and often find expired film that way too, which I am glad to shoot. If the colour is rotten, then a black and white conversion often works out. I shoot mostly colour negatives, often with the idea of converting to black and white in post, and sometimes in post discover that b&w is what I should have thought when pressing the shutter. You will see me doing this during the course of the year, and I hope it does not offend anyone’s sense of the purity of analogue photography.

Therefore, it is appropriate that my first roll of film came with a new-to-me Olympus Infinity Jr on December 30th. The film is rebranded by a chain of photo stores and probably was expired – the camera with film cost $3 so it was just my kind of deal.  That roll of film included processing and prints, but the chain of photo stores that it came from closed its last Victoria store just a few weeks ago and thus I missed out on an even better deal.

In the future I will be using a variety of cameras:

My dream for this year is to get a ca 100 year old Sanderson 4×5 field camera working, but that will be a pretty big job, which I have been saying for 30 years since I bought the camera in a flea market, so this might not happen.

A more attainable goal for 2015 is re-learning how to process film, something I have not done since the early 80s. To that end I have signed up for a class at LUZ Studios for part of one day in February (check out that link if you like real old school photography – large format cameras producing images like tintypes and ambrotypes). Doing my own processing should help with the cost of this project. Currently I am getting the film processed at a couple of locations in town, and then scan the negatives using an Epson V700 and work with the scans in Lightroom and various plugins.

You can find my blog at:http://burntembers.com, and my twitter is @ehpem as is my instagram which I don’t use much.

I am really looking forward to this project and getting to know the other participants. My plan is to do a weekly post here, with some interruptions while in the field (which often means being off-grid). I plan to post a selection from each roll here, and then post others as part of my daily blog at burntembers.com. What I post here, I will re-blog there as well.

My first roll is processed but not scanned yet. The picture in this post is a digital shot (sorry about that, I needed something for this introduction!) of the camera I am using this week. In a day or two, I will post images from the first roll in this project, and first roll from the camera. How exciting.