My brother was in town visiting from California, so we decided to go to the University of Connecticut, my alma mater, and bring along our cameras.  He with a Leica M6 TTL and I brought along my Leitz-Minolta CL.  It had been at least 10 or 15 years since he walked around the campus, and as a school, it has made a number of really major improvements in that time.  Since I graduated some 23 years ago, it is like a completely different school.  It had a dumpy, neglected quality to it when I attended, like the beginning of a trend towards ‘Life without Humans’.  Now it is a jewel of a campus.

I had my M-Rokkor 40mm/f2 lens, and since the light meter doesn’t work on my camera, I also had my Gossen Digisix,  For development, I decided to use Rodinal 1+100 as semi-stand: 1 hour total development time, gentle agitations (3) at the start, then 2 gentle inversions at 20 mins and again at 40 mins.

The negatives curled something fierce, and despite keeping them under a book for a while, they still looked like U-shaped culverts when I loaded them in the scan holders.  A few scan ended up being softer in focus than the actual negatives. 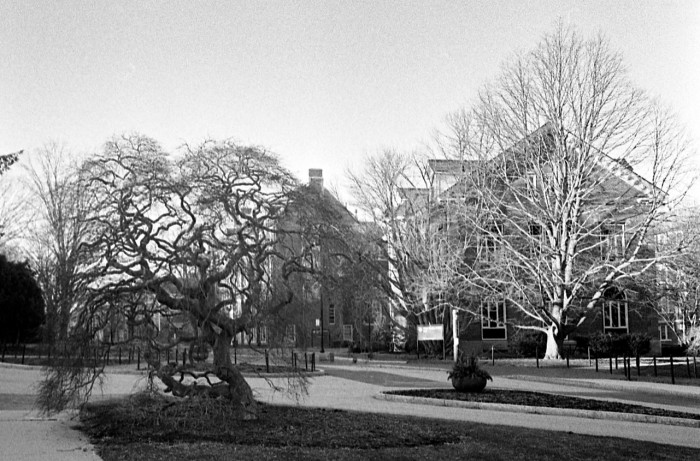 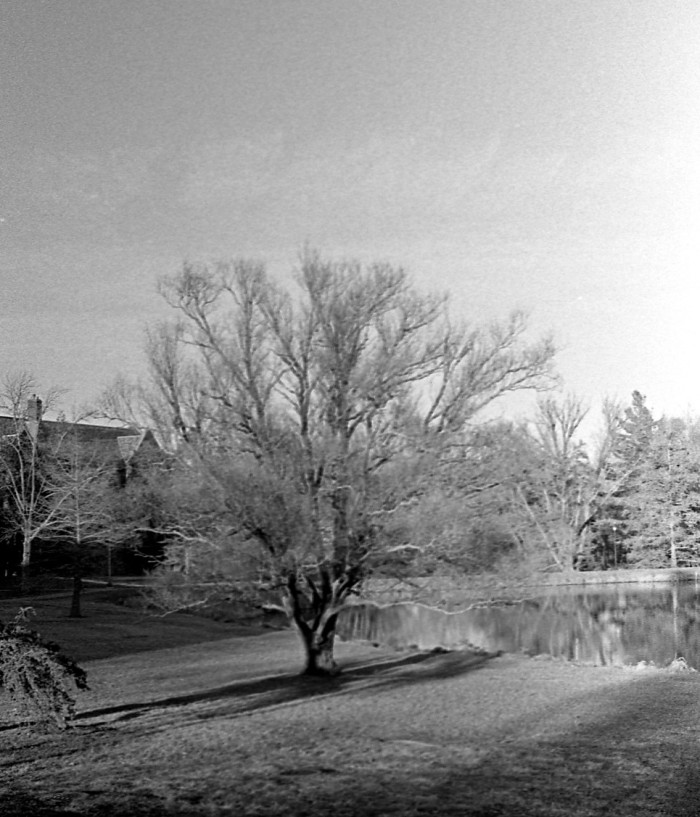 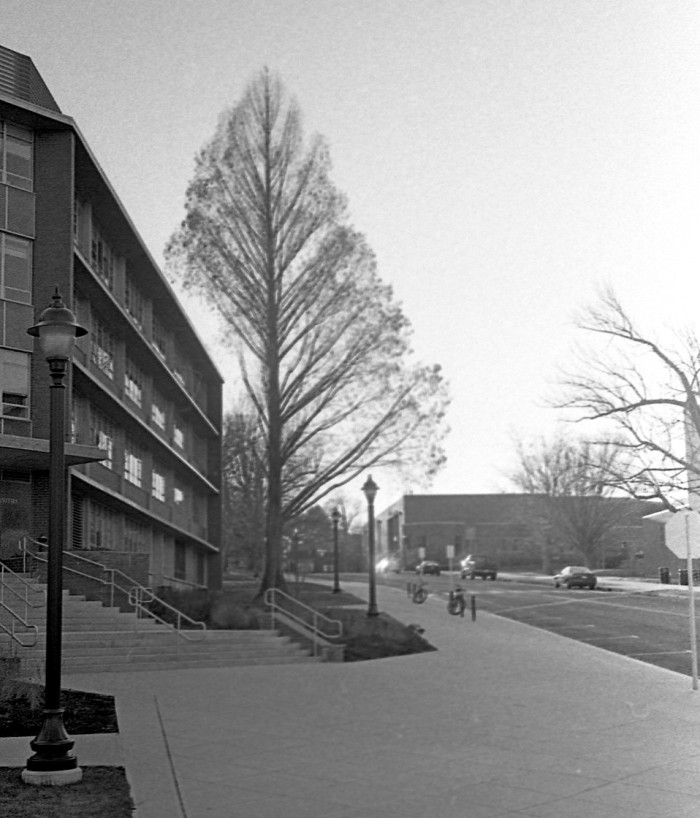 We had a small snow squall during this week, so to finish out the roll, I took a few shots during the snowfall. 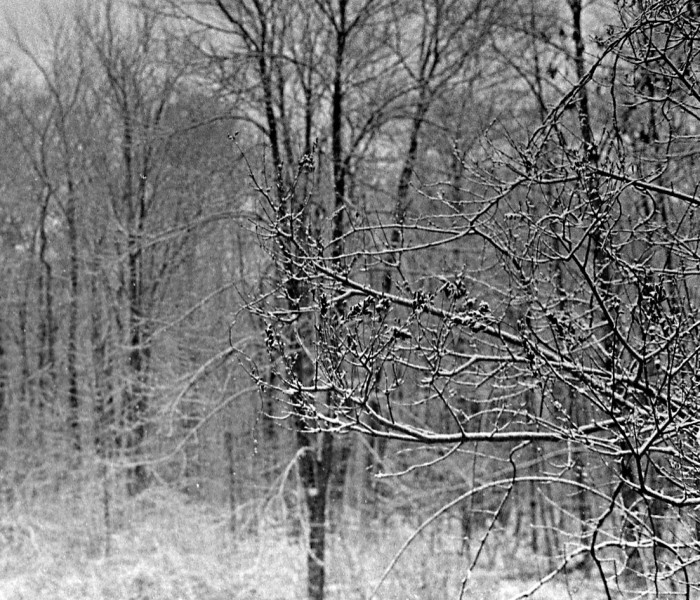 I also shot my Vermeer 4×5 pinhole camera during this week.  My film holders were loaded with Arista.EDU 400 sheet film.  I must have exposed them sometime in the fall, likely with my Graflex Speed Graphic, because I got some nice flower shots in the middle of my pinhole exposures.  As with the Tri-X, I developed semi-stand with Rodinal 1+100.

And with that, wow, this project for 2014 is completed.  I frankly wasn’t sure I’d be able to do this for an entire year, and some weeks were more difficult than others.