Warning: This gets a bit technical in the end. I decided I might as well use this blog to write down what I did with the film, to be able to go back later and see how my process changed.

The Baldi 29 was my first medium format camera. It is an old school folder that looks just wonderful on a shelf. The trouble begins when you take it off the shelf. This is not my favorite camera by a long shot. The Baldi is finicky, somewhat cheaply built, and it doesn’t have a very good lens to begin with, although that lens does go to f2.9, which is an odd f-stop number, and an oddly wide aperture for a cheap folder.

Apart from the wide aperture, the Baldi does have other redeeming qualities. It is a true vintage medium format camera (not a toy like the Holga), the bellows appear quite light tight, and the shutter worked right off the bat without any need for service. It also fits in your jacket pocket. Due to its form factor, it actually fits quite a bit easier in some of my pockets than my Fuji X100S.

After finishing off a bunch of color print film rolls in my Riva Mini and Autocord, and a roll of color process black and white in the SR-T, I decided to go back to basics with roll 5. I fiddled and fought with the Baldi for a while, and in the end had successfully loaded it with one of the most classic films ever, Kodak Tri-X 400. This marked both the first time I’d ever shot it in medium format, and the first time I ever self-developed a medium format film after discovering that my Paterson tank, versatile little thing that it is, will load a roll of 120 no problem.

The shots are mostly walking around type captures. The Baldi lived in the right hand outside pocket of my oilskin cloth jacket (I should probably say fake oilskin cloth jacket, but then, this isn’t a fashion blog…) for a week or so, and it saw what I saw during that week. Once again, most of these are from Munich; only the last two were taken in Cologne, and most are from a while back in early January.

Developing the Tri-X turned out to be easier than I had anticipated. The internet is full of warnings that 120 film is harder to put on a developing spool than 35, and that you’re supposed to try with a “test” film first, but I wasn’t willing to sacrifice a roll of 120, so I took my chances. After getting the film into my Paterson tank in a dark bag, the development itself was straightforward. I followed the Massive Dev Chart recommendation for Tri-X in Rodinal (1:25, 7 minutes) and decided two agitations every minute would do. I also followed the recommendation on the bottom of the tank for how much liquid should go in – 500ml for 120 and 220.

The developer was Adox’s Rodinal clone, Adonal, and the fixer was Adofix (6 minutes – I’m still experimenting with that time), with a drop of Adoflo to clean off the film in the end. And up it went on a clothesline in the bathroom. Since I’d had some problems with developing Tri-X that I attributed to bad fixer (who knows what the actual cause was), I mixed new fixer, and the film seems to have come out fine – except for a faint purple tint on it. I looked online what the cause could have been, but found mixed messages, so I just let it be and hoped for the best.

This time, Epson Scan gave me no trouble getting the images on my computer, and after some dust-busting, contrast adjustment, and a quick run through the Sharpener Pro plugin, here they are.

Lessons learned? One, don’t be afraid of home developing, in any film format. Two, use quality medium format gear when you want quality images – I guess I’m just not into Lomo all that much. Three, it’s nice when you can control every aspect of the photographic process, from capture to scan. Then you only have yourself to blame. 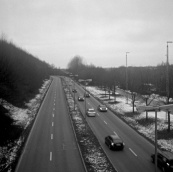 Modes of Transportation, I 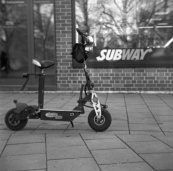 The Light Over the Ranges 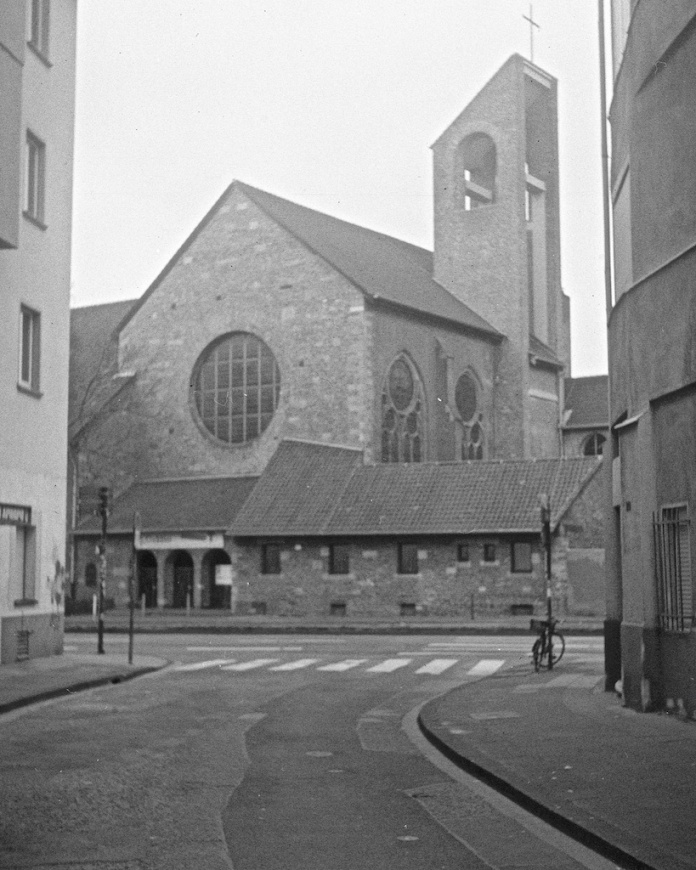 The Church at the End of the Road