Owing to the sins of sloth and procrastination, I found myself at the Center for Wooden Boats, the sole attendee to a meetup I had organized with late notice.  Hank said he’d like to go there and so I rebooted the CWB meetup and we two intrepid pinholsters strolled the docks and environs of S Lake Union in Seattle.

The “waterfall” is an installation at the REI flagship store in Seattle. I am baffled by its presence as much as its order in this roll of film.

Fuji Acros is such a great film for pinhole, I forgive its lack of contrast. Usually. 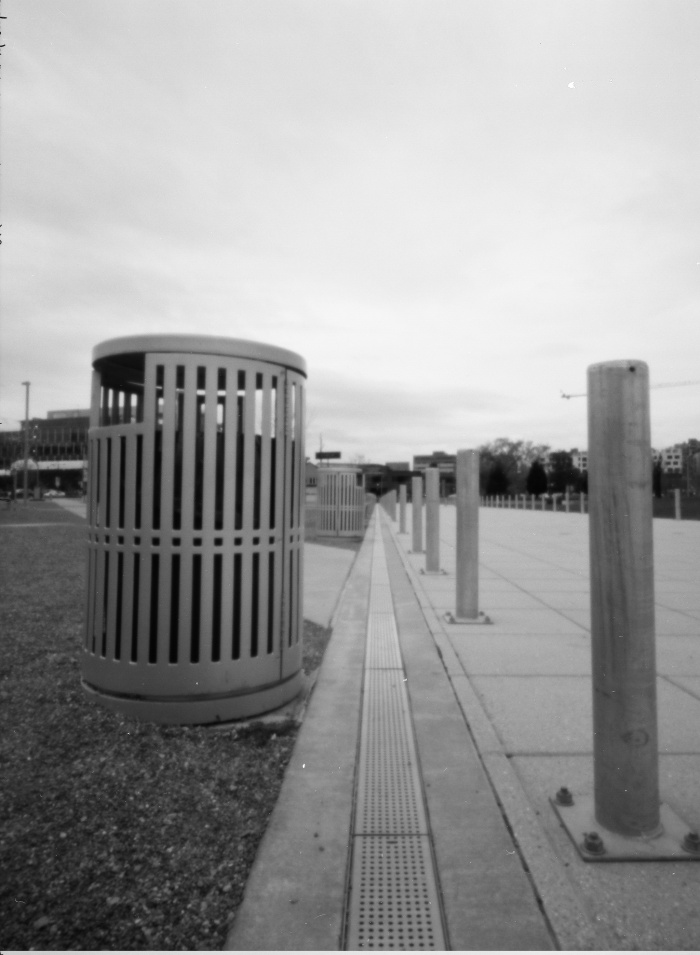 The Plain of Trash Cans and Bollards

A genuine dugout canoe in the process of being adzed out

2 thoughts on “Roll 22: Pinhole Meetup Redux at the Center for Wooden Boats”