I have been out of town for a couple of weeks, off to work in the utter wilderness of the west coast of Gwaii Haanas. I did shoot a bit of film on that trip, but it is still waiting scanning, and I have other films shot earlier that really should show up here first, if one cares about order.  So for Week 26 I am showing some of the half-frame photos I took with my original Olympus Pen, shot on Neopan Acros 100 a few weeks ago. You can find out more about my camera here – it has no light meter (these were shot with the Sunny 16 rule), zone focusing, only two working shutter speeds (of the four) and a terrific D. Zuiko 28mm f 3.5 lens. It is the camera that got me back to shooting film – I found it in a thrift store for $3, knew a bit about it because I had been considering a purchase of one of the modern digital pens and had read up on Olympus history. I decided to buy it and run a roll of film through it just for the heck of it, and it hooked me on film again.

What I love about the Pen, and half-frame cameras in general, is that one can shoot multiple frames to use as a single image and retain a reasonable aspect ratio. I mostly shoot diptychs and triptychs with the Pen with the intention of scanning multiple frames as single images. I don’t consider the parts as individual images, these groups are single images that happen to be taken with several shutter clicks, kind of like multiple exposures on different areas of the roll of film. Sometimes I shoot panoramas, both horizontal and vertical. Sometimes I shoot pairs or triplets of the same scene with details inside the scene changing, or I flip the camera 180 degrees between shots (I call those Fliptychs, there are lots on my blog here). I like the way this can abstract the shot, and sometimes I push the abstraction farther by toning the images with colour. For this roll I tried to include the various techniques, though there are many other things that can be done.  If interested, you can find a lot more images taken with this camera at my blog here.

Even though it seems that the best use for a half-frame camera is these multitychs (or polyptych if you don’t care to mix Latin and Greek in one word) this camera has an excellent lens and when combined with modern fine grain film the half-frame negatives can produce some very nice single images as well – and at 72 shots for a roll of 36, that takes the camera back to its original economical purpose.

For me (Olympus) half-frame cameras are not toys; this camera does far more to get my creative juices flowing than any other that I have used, film or digital. Of all the old film cameras I own, this is the one (perhaps the only one) that I will be taking in for a complete overhaul. 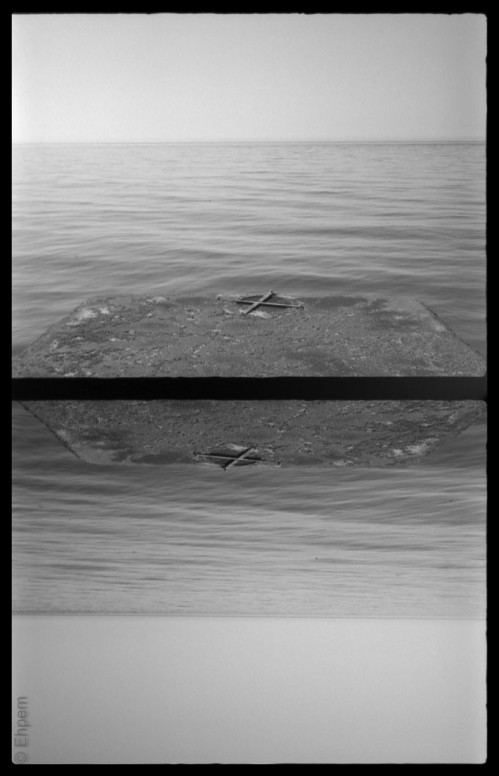 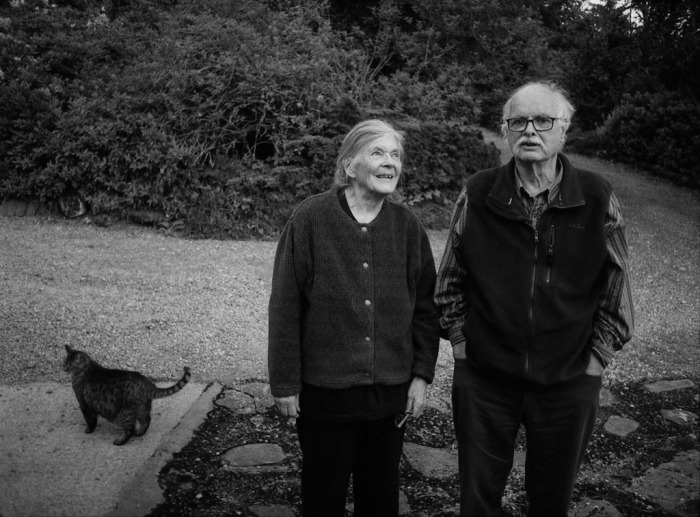 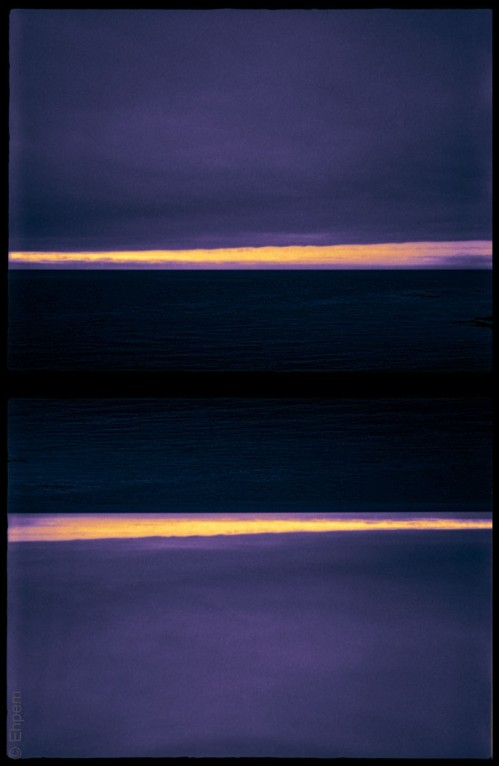 I published some more of these coloured flipped seascapes on my blog today, here.

To open a large view of any image in the gallery below, click on it and navigate with the arrows to the others

Graffiti left to fade, around corner covered over

Fliptych of drain, looking both ways

My parents, with cat

With and without person