This summer, August sort of blew up on me.  We had plans to spend some time in the San Juan Islands seeing family and soaking in the island groove that my wife, Beehive, and I both grew up with. I had a painting project to get done. The month was going to be jam-packed.

And then I injured my shoulder. I found myself shackled to a light duty schedule that threw all the plans out the window.  We were, however, able to spend two separate weekends on Orcas Island, first with B’s father and stepmother, and then with her mother and aunt’s family. Food was prepared, shared, feasted; our new puppy eased into her role as adored little monster; I brought along a bag full of pinhole cameras.

I have greatly enjoyed shooting slow slide film in Velvia 50, but I wanted to try some equally slow black and white. I have great nostalgia for Ilford films, having shot them extensively in high school and college. I had never tried Pan F+, ISO 50, however.  The reciprocity failure curve seems to be identical to other Ilford B&W’s like Delta100 and FP4, but a stop slower. For pinhole, I like this film immensely.

There stands a tower on the top of Mount Constitution, the highest point on Orcas Island, constructed from stone by the Civilian Conservation Corps during the Great Depression.  In the middle of Moran State Park, Mount Constitution is 2400 feet high and commands a near 360 degree view of the San Juan Archipelago.

I have been coming to this tower to survey the magical islands below for decades. Some of my first pinhole photos were taken here.

The tower was constructed of locally quarried sandstone, but there is also a lot of wrought iron details and rough-hewn wood to lend a medieval appearance.

This is a very popular spot for tourists and I always find myself pointing out Mt Baker and various islands to the curious. 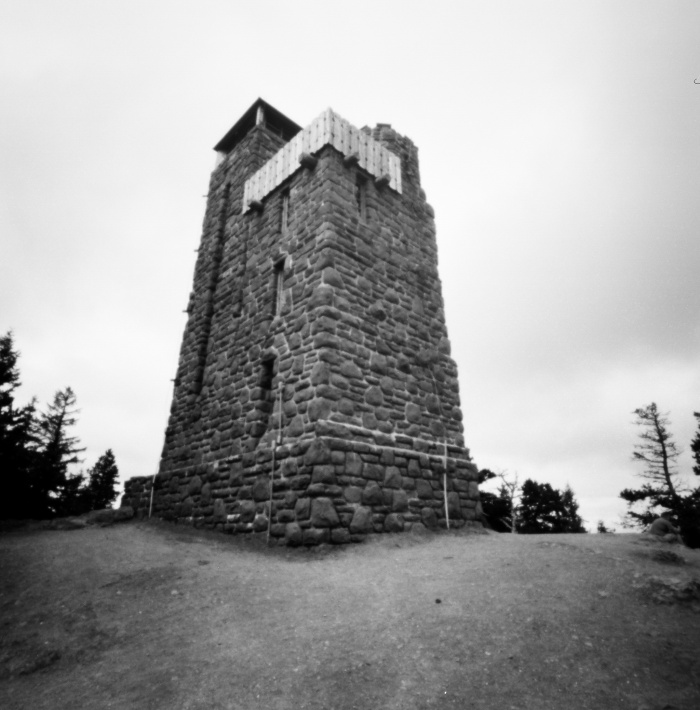 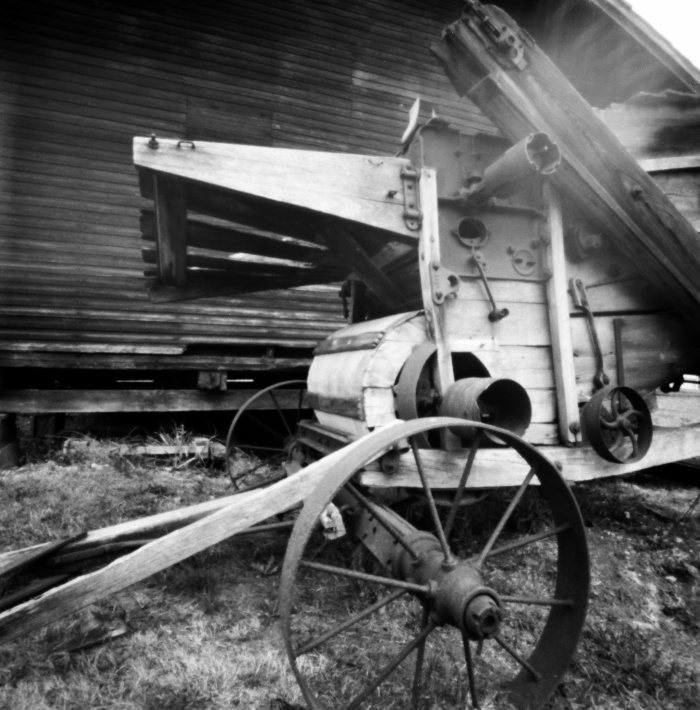 The town of Eastsound has the Orcas Island Historical Museum which highlights the early pioneers to the islands, and is housed in several log cabins that were moved and reassembled on the site.

I think this is an old horse-drawn hay bailer. I’ve always wondered how these work.

An ancient cement mixer. This is genuine Steampunk.

Madrona are an amazing a beautiful tree with a red-orange bark that peels from iridescent green wood. They’re lovely in color, but the peeling trunks look nice in B&W 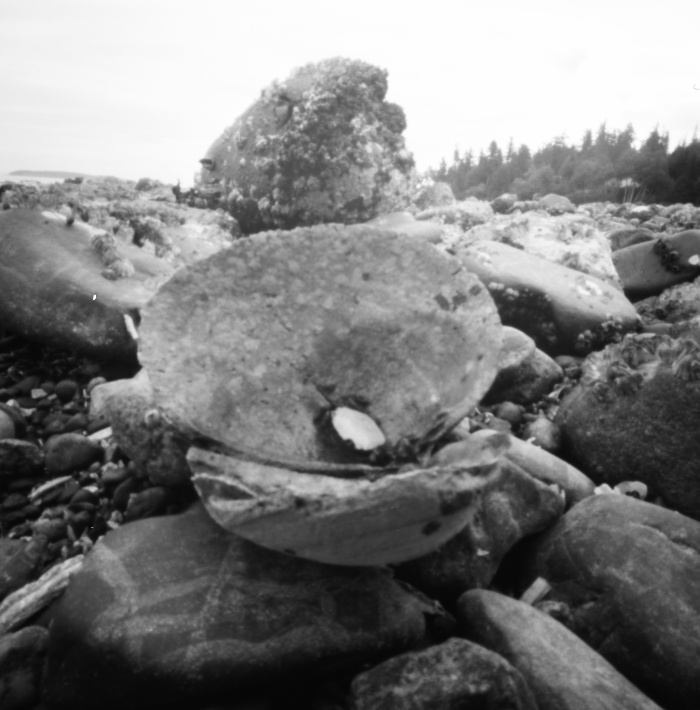 Everything looks like a rock.  This is a murky picture of a white rock crab perched in a much larger clam shell.

A relic of early power production on the island is preserved in this 12-cylinder generator. I don’t know how much power it produced, but it is enshrined under a fine shake roof.

Moran State Park is full of structures that date back to the Great Depression. 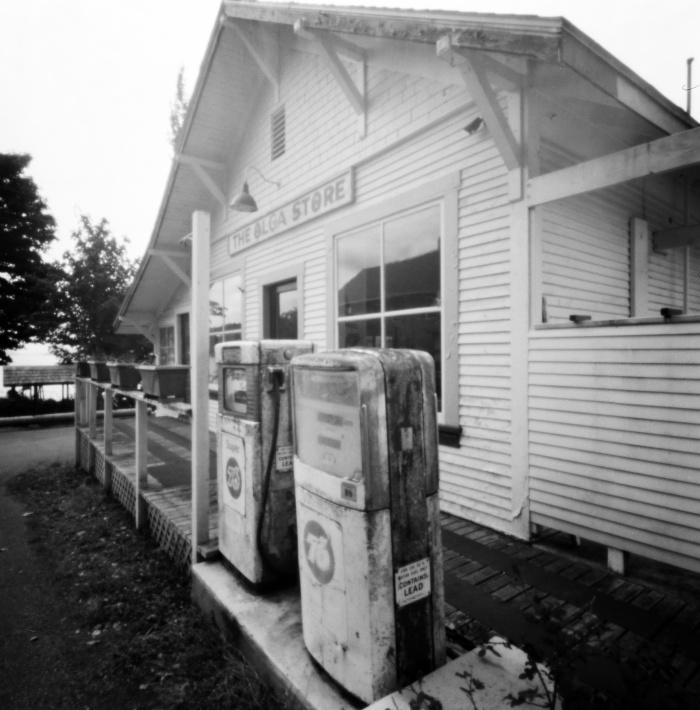 Olga is a small remote community on Orcas Island dating back to 1860.  The Olga Store is vacant, but will rise again some day, supplying locals and tourists with lots of home-grown food or art.