Fixer disintegrated! The Calbe A300 in a standard plastic bottle suddenly smelled like ammonia and looked like granulated chalk, unfortunately this went unnoticed by me, so I spreaded the decrement all over the film. Heavily restored with Photoshop. Felt like tidying up the Milky Way. I shall get two glass bottles for the two bath fixing process. Felt the urge to start again, didn’t like the pictures first, developed two other films with some pictures of 2016 (but the films were from the last weeks of 2015), but then again, I decided to save them. Not necessarily important pictures, and until late spring not the kind of pictures I’d like to try again. So, having done them once is okay, but with regard to contents, I’d rather like to move on. The other two rolls should be fine, maybe I can update week #1 with some fresh material.

These featured pictures were made on 2016-1-1. Underexposed, Neopan looks gritty, but it can get this Crayon look with Rodinal, especially in diffused, hazy daylight with objects in a distance. 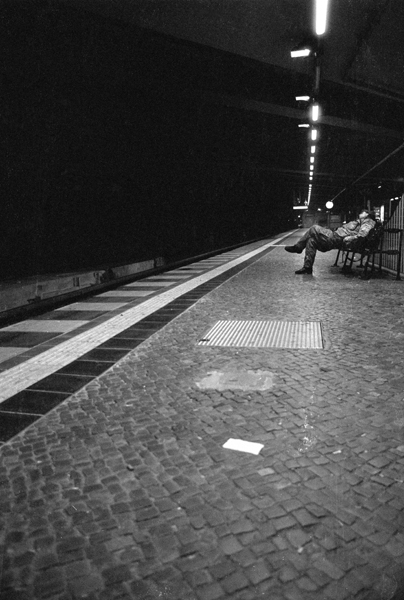 The first one was a standard shot, but it was 6.30 a.m. – a soldier getting some sleep after New Year’s Eve. The remaining party crowd occasionally got into the trains or headed into the dark morning. 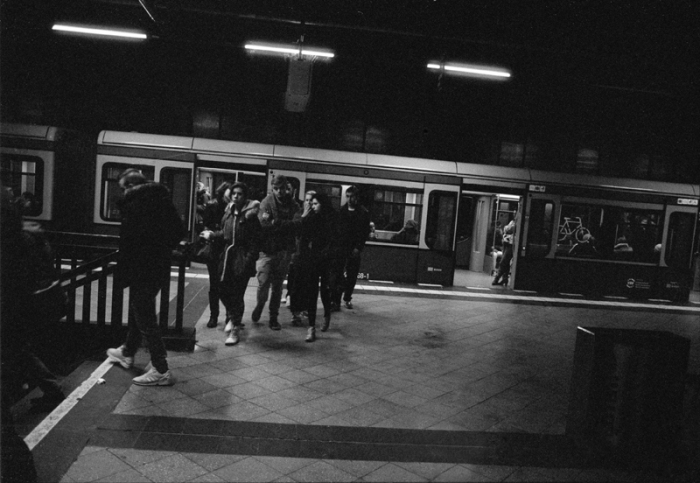 Muddy light after dawn, but then the sun took over for half an hour. The rest of the day remained foggy. 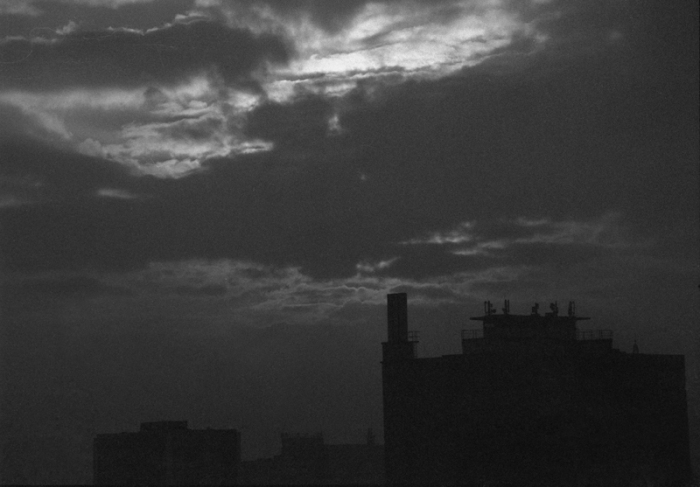 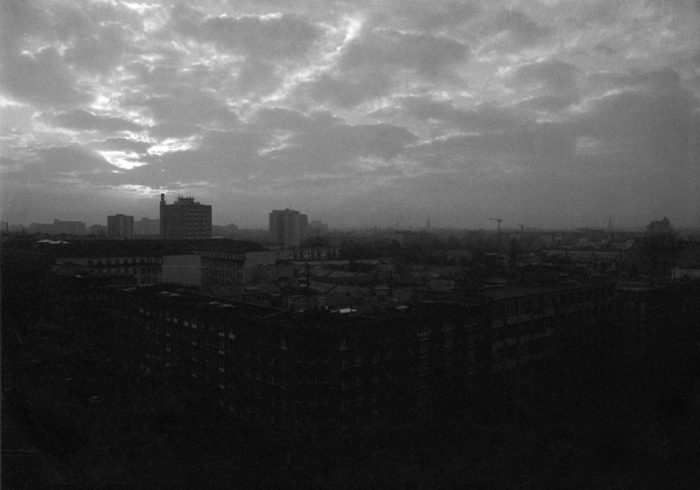 Right where the old Hohenzollern Castle (Stadtschloss) was blasted by the GDR government, Germany decided to build up a second one for some kind of public purposes. During Christmas and for the first days of 2016, on the top of the new roof (still a building lot) there’s a Christmas tree installed. 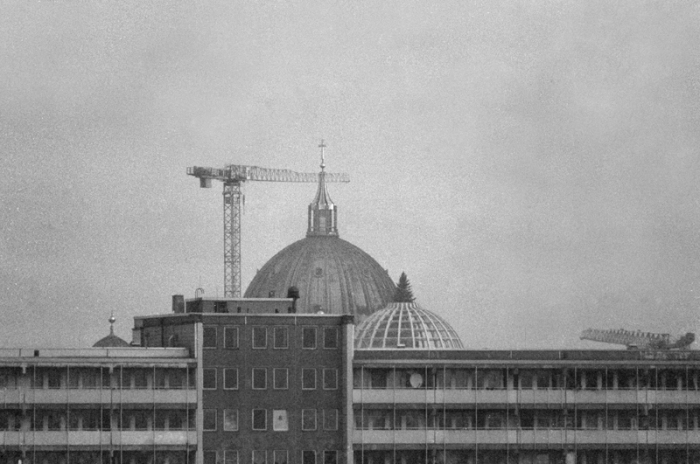 I like the lighter texture in the haze, and of course it has nothing to do with Luigi Ghirri, but somehow I feel a connection to his Crayon style. 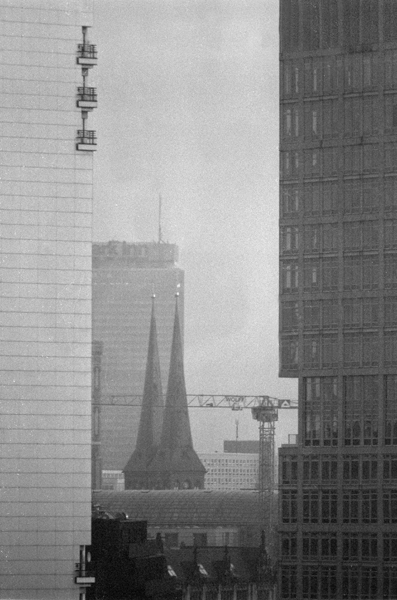 The (very) old center of Berlin doesn’t really exist anymore at the Fischerinsel (Fishermen’s Island), but the Nikolaikirche is the oldest church you’ll find in Berlin (built around 1250). I like the packed perspective, framed with a 70-300.

There were several other shots, but I’ll leave it like that with two last pictures: 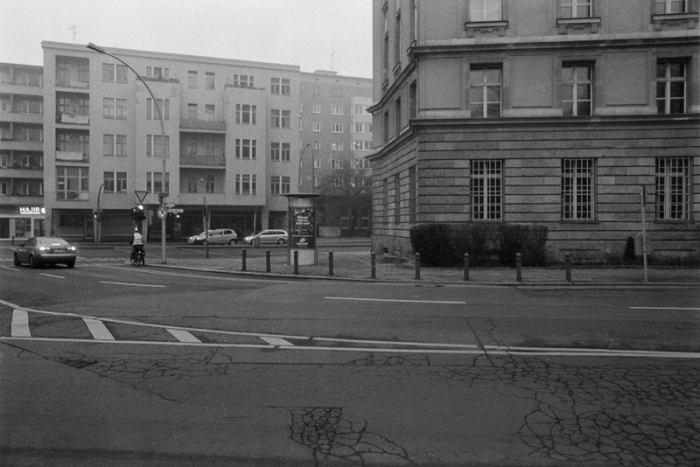 These two photographs may be worth a try in Baryta in the wet lab, but I don’t think the negatives can be saved. Conclusion: Make new ones! 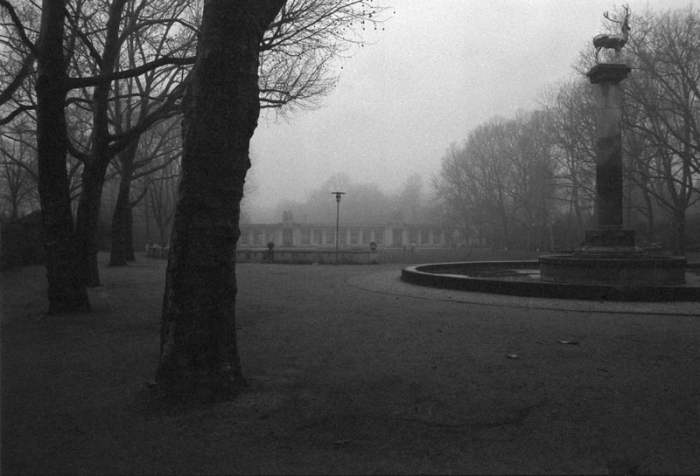