Despite saying in my intro that I would mainly shoot medium and large format I intend to start this week with a roll of 35mm. The idea is just to give some context around where I live and hang out photographically speaking.

I’ll be using a roll Kodak TMax 400 and I will spend the week just poking around the area where I live. It will be an overview and some of the images will hopefully give me some ideas for themes that will pop up in another week in the future. I will develop the film at the end of the week and re-edit the post when the images are scanned, probably early to middle of Week 2. I hope you all have fun with your shooting and happy 2016.

The results – as I said an overview of my home town of Kendal and it’s surrounding area – we have had the wettest December on record and a large flood on Dec 5th – it left some ‘flood sculptures’, residents prepared for the worst and unsafe bridges.

But it’s a great little town and a weekly market with exotic fruit. 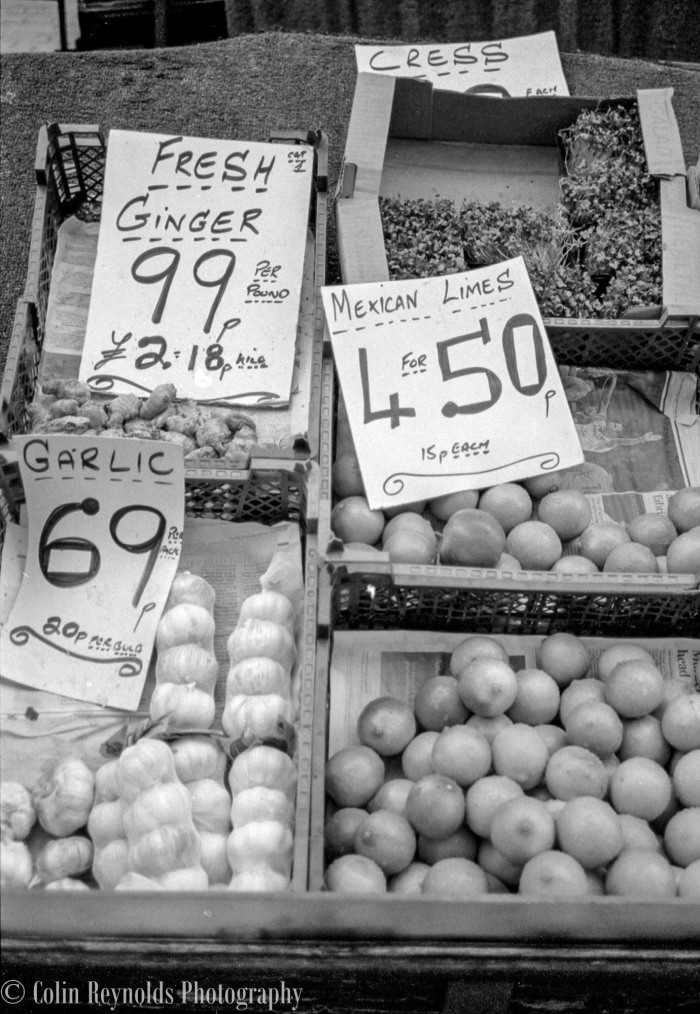 The surrounding area is made up of Lakeland Fells to a height of just over 900m and at the other end of the scale an area of salt marsh that surrounds Morecambe Bay – both of these will feature a lot more during the year. I love decay and piles of stuff that I find on the fells often a legacy of mans industry in the area.

Finally for this week another passion of mine, windows and low light photography – these are of a local hotel in our nearest city of Lancaster. I put the railway station image in as my wife works away in London during the week and I often take my camera with me when I pick her up as it gives me something to do if the train is late. 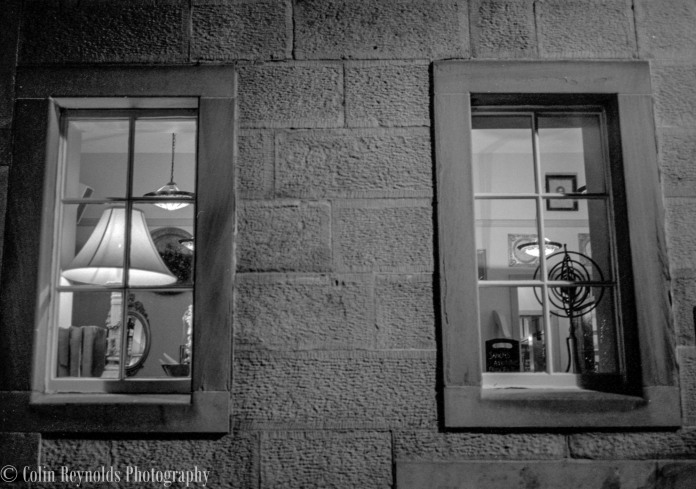 So that’s it for week 1 – I used a Contax T2, Kodak TMax400 developed in Xtol for 9.5 minutes and scanned with an Epson V600 and a few shadow and highlight tweaks in Lightroom.