So there’s this little thing out there called reciprocity failure…and well usually you can adjust your exposure times to account for this little issue with film that the longer it’s exposed to light the less sensitive to light it becomes. But the trouble starts when you don’t have any sort of information about when you need to start adjusting. So here I am, with a new film, without any sort of help out shooting at night in downtown Toronto with fellow photographer and brother-in-arms James with this film.

Needless to say I wasn’t 100% happy with the photos this week but I did manage to find seven (as I state in the rules) that I’m okay with. Now I know what you’re going to say, why didn’t you just push the film or load up say some RPX 400 instead of RPX 100? The trouble is that even though I have a second magazine for the camera it needs the light seals replaced. It is going in to have that done this week but at the time I already had loaded up 100 speed film and really didn’t feel like pushing it too far, maybe later. 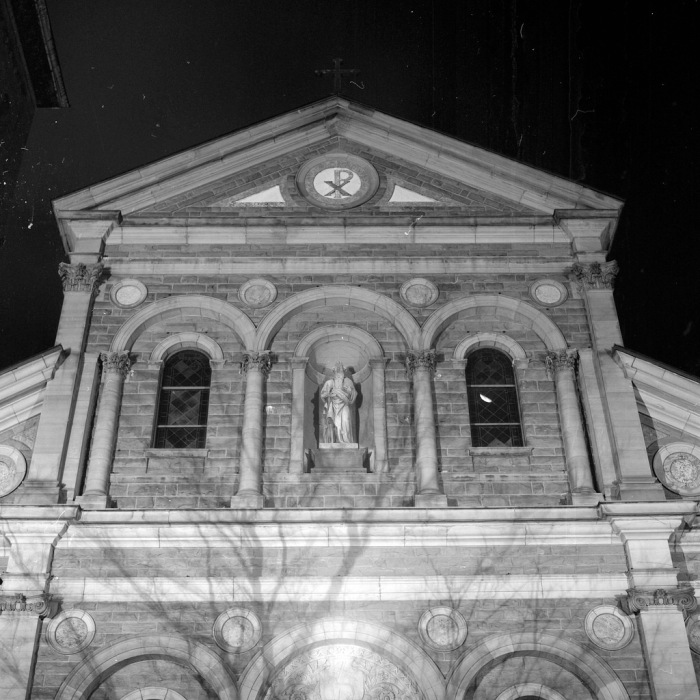 So into Toronto we went, to hop from bar-to-bar and shoot some film inbetween them. Toronto at night has a whole different feel than during the day. You see into twenty four hour laundromats, street lights cast shadows on buildings through trees. And people move quickly to their evening entertainments. Cars rush leaving trails of light in their wake, and you have to watch out when shooting on a bridge waiting for the cars to cross and pray you have enough of a gap to get your shot before the next street car rumbles past. 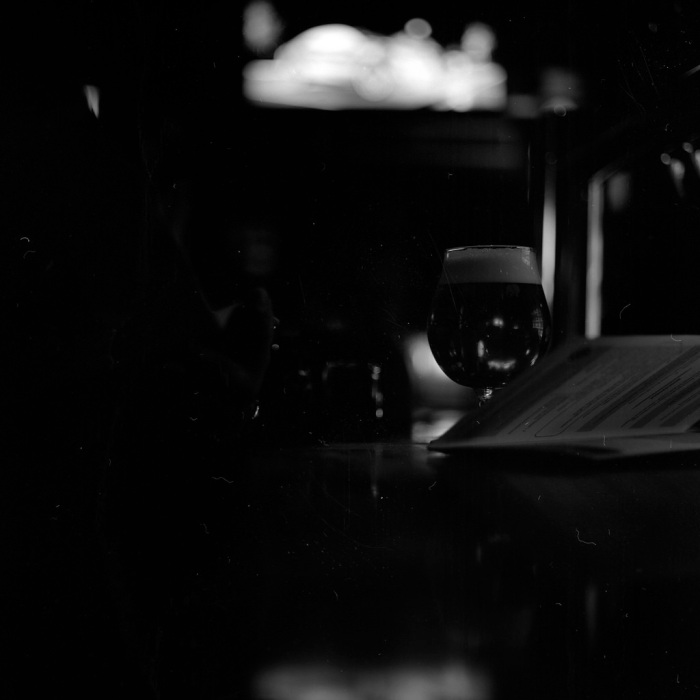 On a more technical note, please don’t mind the dust, I just didn’t feel up to spending hours cleaning it up in Photoshop. Also this was my first time trying out the Rollei RPX-D developer. The developer was designed for use with the RPX 100 and RPX 400 films and you know I rather like it. It is a fine grain developer, a touch on the soft side. I still have to run a roll of RPX 400 through the chemical, but so far I’m liking it!