Thursday morning – the passepartouts are ready in time. Opening at Friday night. ‘We?Are strangers’ is our group show in Berlin-Charlottenburg. We are several photographers, doing different things from portraiture to conceptual and I was printing on Baryta on Wednesday at last minute, but the prints turned out fine.

Everything ran smoothly. I left the passepartout shop with the prints and took a taxi to the gallery. Chatting with the driver, he asked me some questions about the gear and my motivation about all this. He mentioned that he used to photograph as well, with an Olympus. Knowing only little about the OM system I said that I heard the Zuikos are of good repute, especially the 28, 40, 50 and 135 and I asked him if he had been shooting with the OM1. ‘The OM2n’ he said, and told me about his preferences with zooms, because he likes to photograph people from the distance. I said that I was more the fixed focal length type and that I like to come closer to people, most of the time with various wide angle focal lengths from 20 to 40 mm.

Shortly before we arrived at the gallery, he said he would like to give me his camera. It had not been used for many years and the day he went to a local dealer to sell his analog gear (OM2n, Zuiko 50/1.4, a Tokina AT-X zoom, a Metz flash and many filters), the reaction of the dealer was so dissapointing that he decided to keep the stuff instead. But knowing that his cam would go into action again in my hands, he offered it to me as a gift.

Next morning we met at a street corner, he had his packed camera bag with him, I gave him a bottle of Champagne and some minutes later loaded the OM2n with the Fujifilm Super 100 HD which was in the bag, mounted the Zuiko 50/1.4 on the camera and exposed the whole film at a street corner in five or ten minutes. Some of the shots I also tried with the Tokina AT-X, and I’m generally not too much into Superzooms, as they were labelled – but it looked nice. On Thursday or Friday the prints should be ready.

So during the show opening in Charlottenburg, I loaded the Olympus with Neopan 400, cranked-up the light meter to 1600 and shot along. I told my colleagues of the show about it and some of them used the cam as well, as it was placed on the table, available for everyone to use it. So it became a part of the event, but only two other photographers also took some pictures. I promised the cab driver, Mr. Müller, to show him the first results. 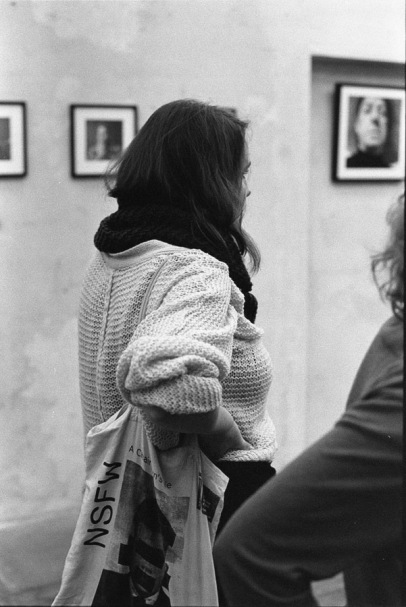 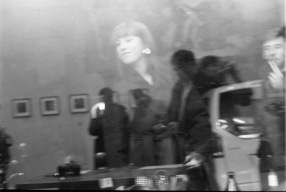 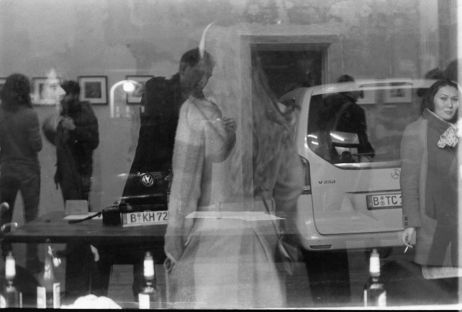 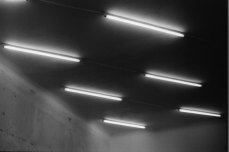