When I was in Galveston, I also exposed some sheet film.  Somehow I managed to have a little mental lapse when I loaded the holders, and ended up shooting through the back of the film.  Again.  Supposedly this is impossible with Tri-X, but there ya go.  I managed it. Old bad habits die hard!  Thankfully, it was only half of the sheets, and they still scan reasonably well.

I decided to go ahead and share all the photographs, even tho some of them I haven’t had time to spot clean and they are kind of a mess.  Guess I need to go back to the beach again and try to get it right – that’s a valid excuse for another trip to the coast, right? 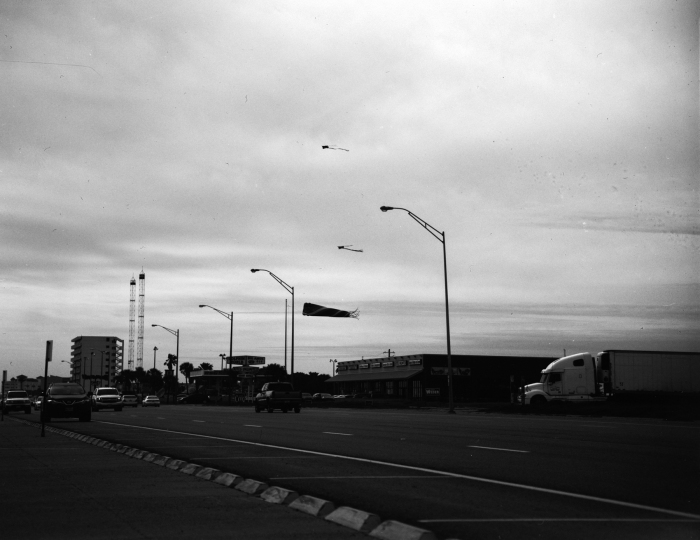 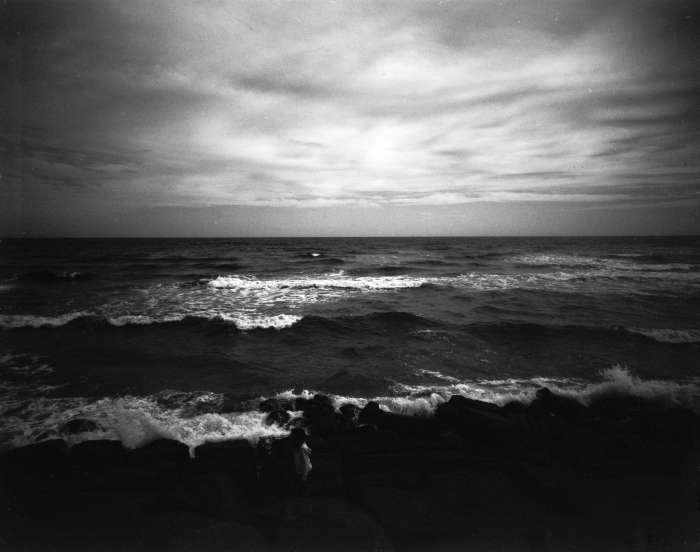 (backward, and I’m most upset about messing this one up because my daughter is in it)

6 thoughts on “Week 9 – Crown Graphic on the beach”