Week 13 should have brought you some delightful pictures of Emily on her Easter egg hunt around our new garden, accompanied by her sisters and the rest of the family…

Unfortunately, I screwed up a third roll this year (after the Delta that I didn’t spool properly and a redscale experiment that was so bad, I never even shared with you) and, as I was winding the film onto the tank spirals, I allowed it to see light. No amount of scanning tweaks were going to recover the pictures from the foggy mess they’d become. This was the best I could salvage… 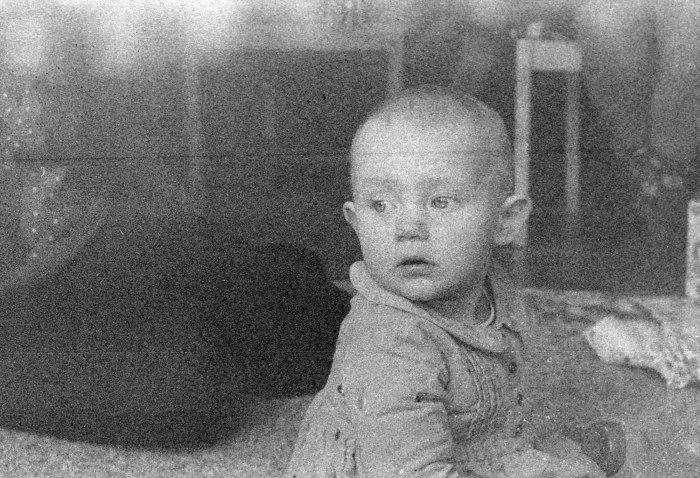 So instead, you’ve a couple more pinhole exposures. As I said in my last post, having a garage and being able to work with chemicals without having them on the floor of a very small toilet, as I had to in the last house, means that I’ll be processing paper more often in the future.

On this occasion, I offer you two images taken with an Ilford Obscura pinhole: 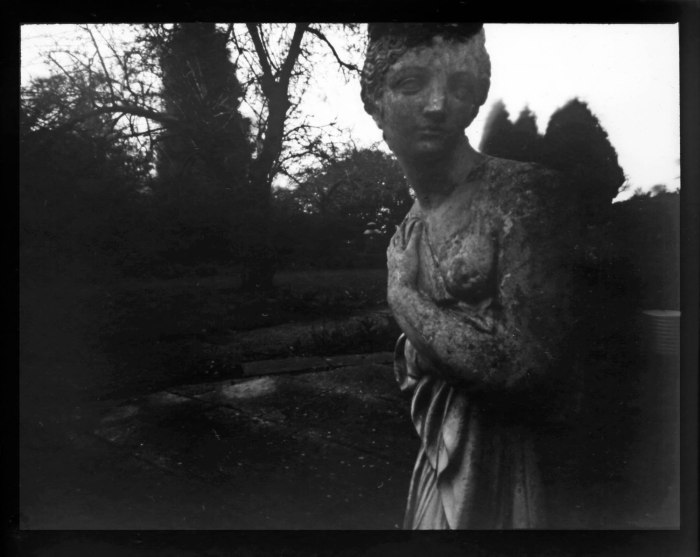 The first is an awful ornament that we found in our garden. I imagine that eventually she’ll be subjected to some kind of humiliation or a gruesome end, but for now, she’s a subject that doesn’t move for long periods of time required to make pinhole pictures. I was using Ilford 4×5 Multigrade paper that clocks in at about ISO3. The pinhole is a tiny f/248 meaning that, combined with an overcast Spring day in England, I needed 4 minutes to under-expose this picture.

Later in the day, I took another shot, this time of my Adventurewägen. I metered this at about 45 minutes, but as it was getting dark (and raining increasingly heavily) I exposed for over an hour.

As usual when shooting direct onto paper, I struggle with the massive contrast, even, as in these pictures, in soft lighting conditions. I could get into pre-flashing the paper, but that seems like a bit of a faff so I haven’t yet.

As usual, I’m a bit disappointed with the results from the Obscura. I mean they’re OK for a box with a hole and a bit of paper, and the whole process is still some form of witchcraft, but perhaps I need to work on my technique and subject choice a little.

Anyway, I’ll try harder and make sure you’ve got some proper pictures to look at for week 14…