I am delighted to have been invited to participate in a project called “Slowing the Selfie”, an exploration of the modern narcissistic selfie trend, but using pinhole photography and film.  Described thus:

“Using pinhole cameras and film, a group of regional photographers explores the juxtaposition of the modern day “selfie” and one of the oldest forms of photography. This project includes an art installation and series of free to the public events at the VALA Art Center.”

VALA, Venues for Artists in the Local Area, Eastside will host this exhibition May – June, 2016. at their Redmond Town Center art space. Everyone involved belongs to the local tribe of (pinhole) photographers, and it has been a lot of fun sharing our work and ideas as this moves forward.

Every photo submitted was created specifically for this project, and I found the assignment catalyzed renewed creative thought and effort.  Dressing in a banana costume and making pinhole self portraits in public was surprisingly scary. Huge thanks to my wife, Beehive, for her encouragement and help at the Pike Place Market. 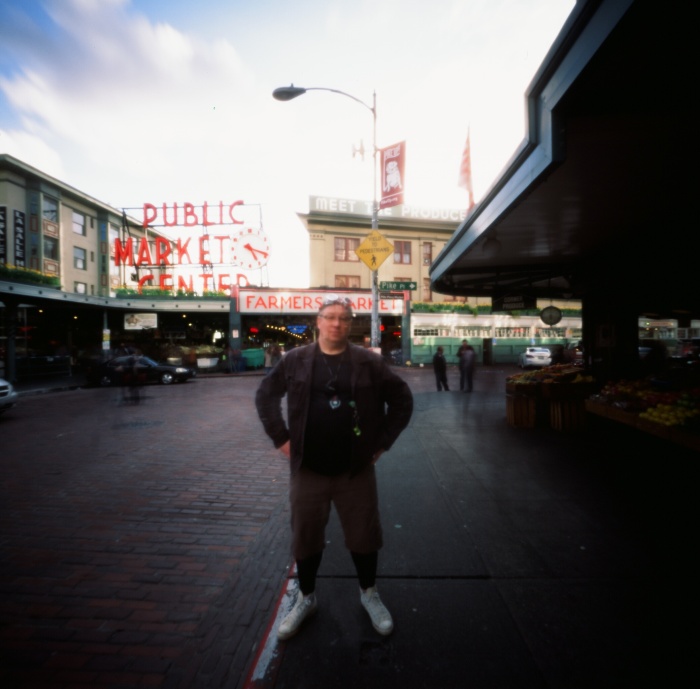 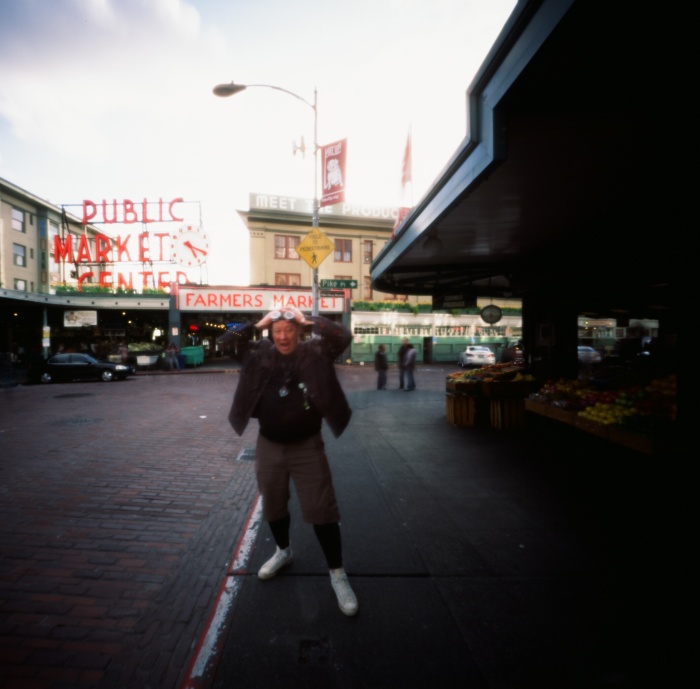 Less boring, you can see my nod to Steampunk aesthetic. 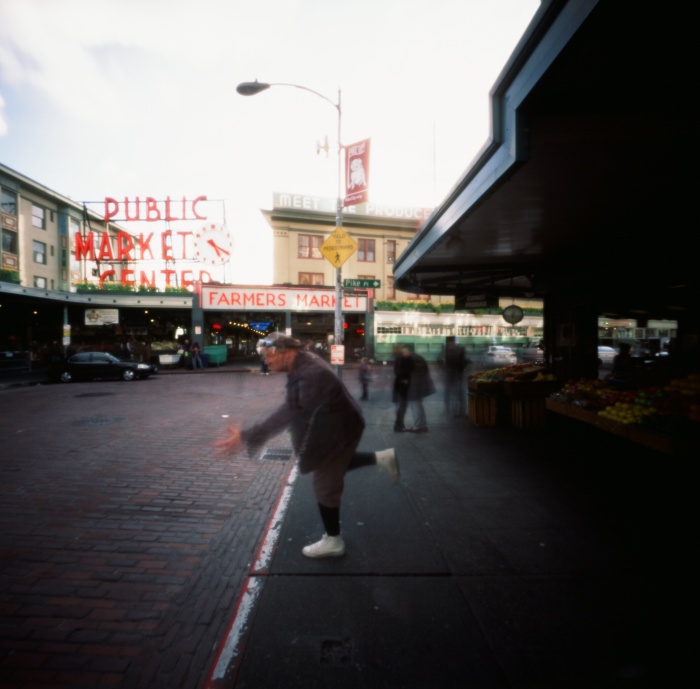 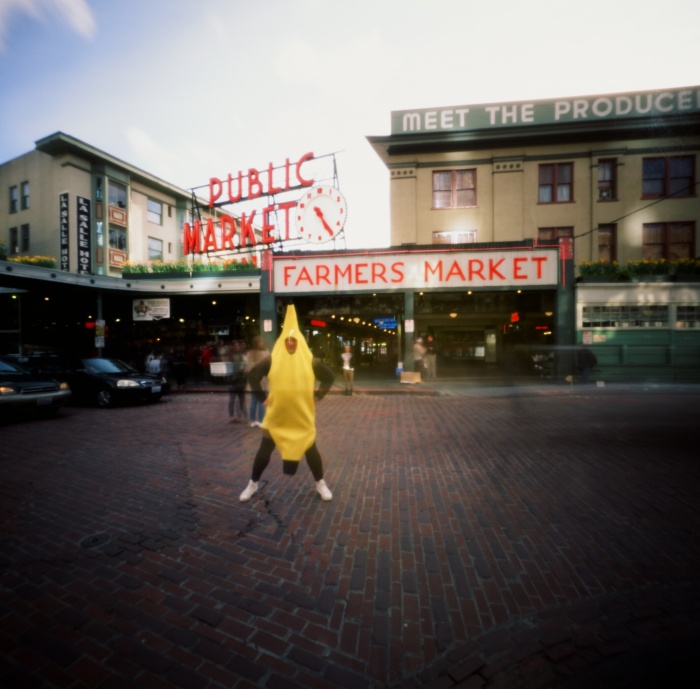 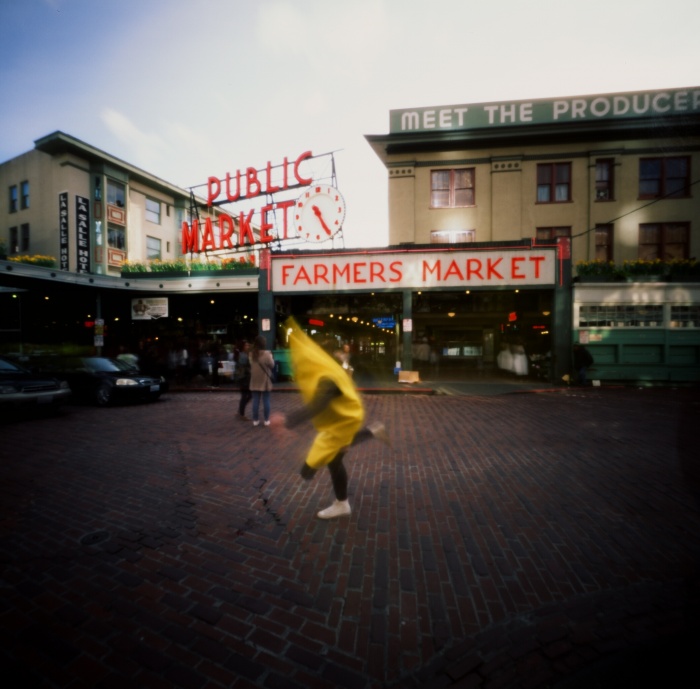 The Banana Phoon!  Titled “Meet The Produce”, this was selected for inclusion in the VALA Eastside “Slowing the Selfie” exhibit. 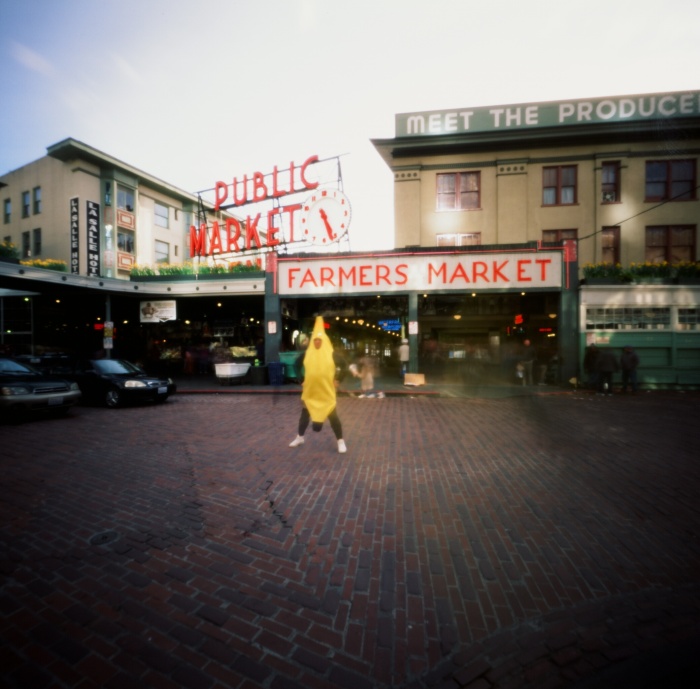 Playing with the wide angle of view 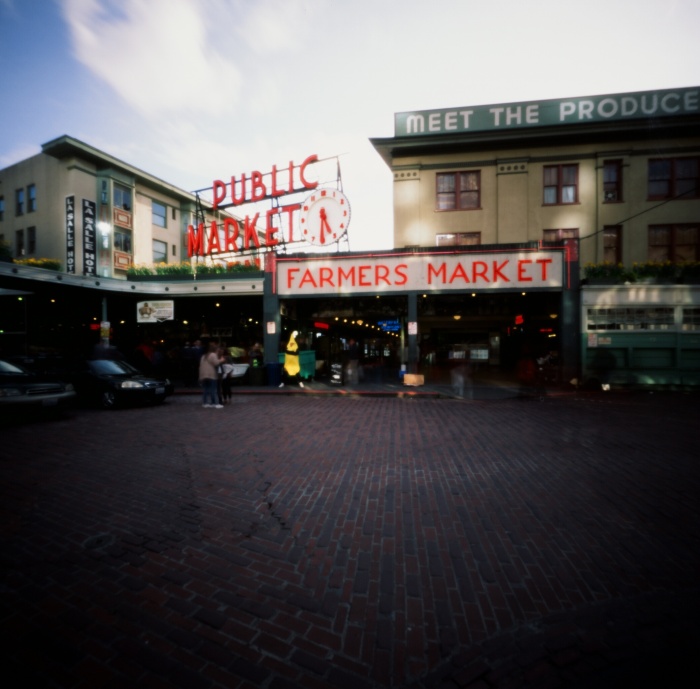 And… Too far away. 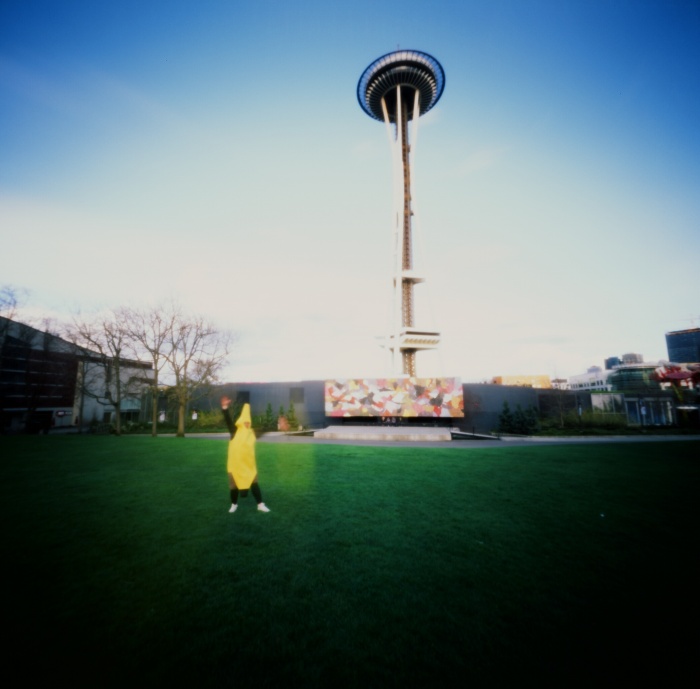 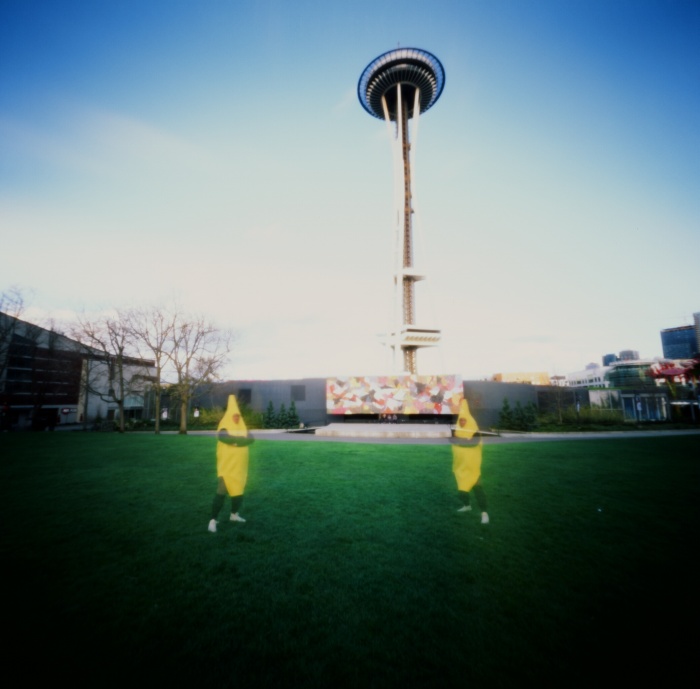 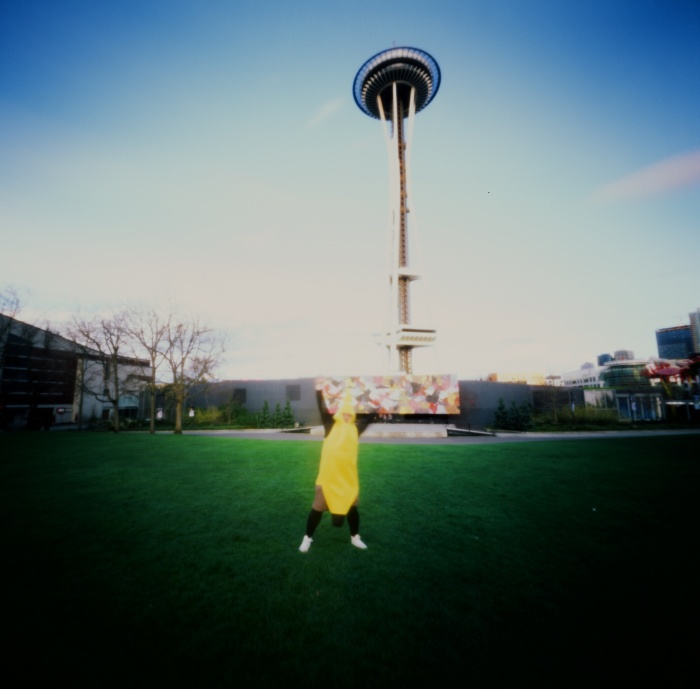 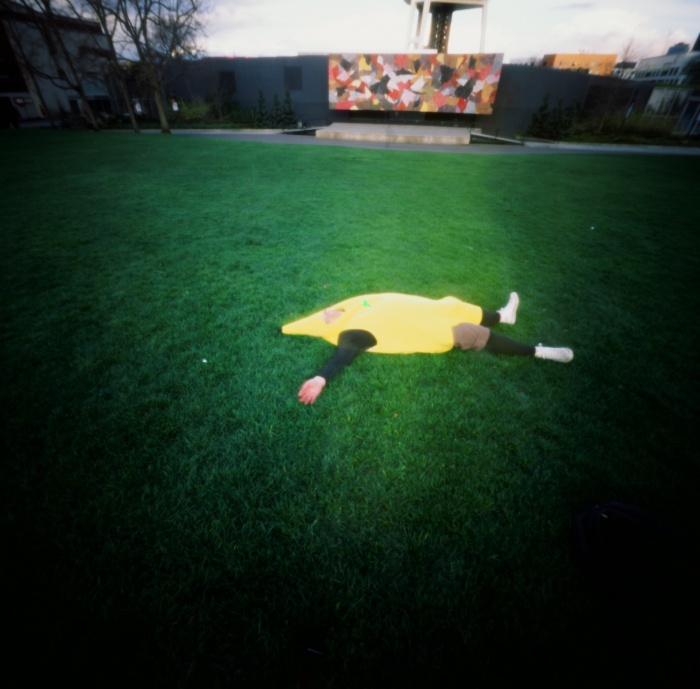 These rolls were processed and scanned by Moon Photo in Seattle; all images are as scanned without alteration.  More photos from this and my other 52Rolls can be found HERE

NO, Peanut Butter Jelly Time was not the inspiration for these photos. I had completely forgotten about the idiotic internet meme from the digital stone age. Feel free to enjoy the dancing bananas on your own, but any further references in the comments will be deleted. I am NOT over-reacting.