Well, I said they’d be some cheats, and seeing as I’m falling behind then this is going to have to do!  I started this roll of film last summer and because the camera belonged to my Grandad Booth, I wanted to run family shots through it…and these things take time.

But with a squeal of delight which alarmed the baby and just about shifted the sorrow caused by my realisation that I’d wasted a frame AND most likely blurred a couple of shots in snap happy haste, the roll of Neopan was ready to meet its Rodinal. 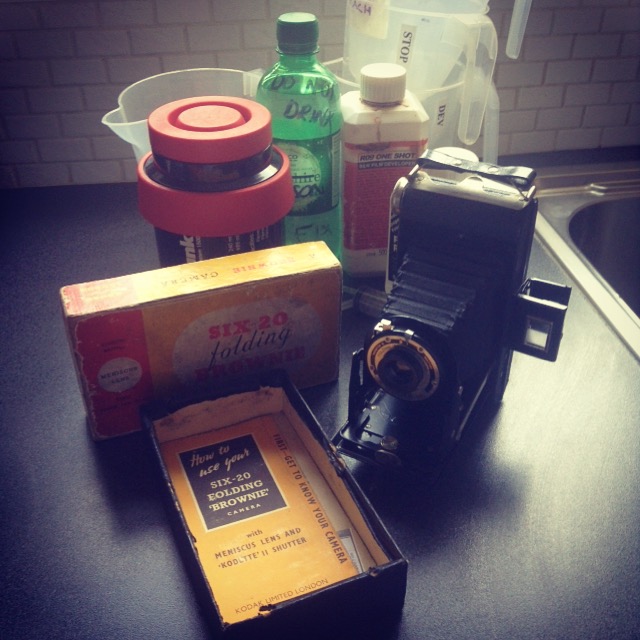 So, I was kitchen bound…the soundtrack was Nick Cave and the Bad Seeds Tender Pray and much singing and dancing was done between agitations.  This is how Saturday mornings should be.

And lo, there were pictures!  Pictures of the wife and descendants of the Booth man himself.  Not all of the family by a long shot – I may have to round them up.  And enter into some sort of unholy alliance with a tripod…

This was risky – a indoor shot with only bright sunlight from the window to the right.  That’s my expectant sister with my Grandma.  I should probably have left using the camera to her to be fair – she must have used it before!

And here’s a motley selection of 1st and 2nd generation decendants – with a 3rd generation in utero.  I can’t have taken the 2nd pic as I’m in it!  I suspect Mr Z was called to help again.  I may have told him to stand too far back.

And later, here’s my newly adopted fave pub for lunch – you’ll notice that there’s now four generations all out in the open!

And a few months later, here she is valiantly tolerating her first day in my sole care.  And I was treated to smiles.  And I messed it up!  Still, I’ve tested it and I can fit a tripod under her pushchair.  Next time 😉 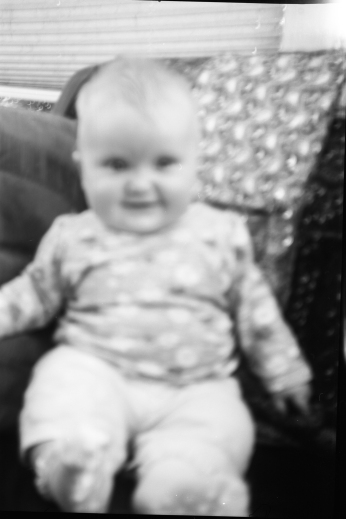 Note to self:  Just stop it with the light leaks!