One of my first 3D printed pinhole cameras, the PINH5AD was designed for 4X5 sheet film and was well-received and widely shared.  I hadn’t worked with large format film since school, and wasn’t well equipped to use film holders without a proper darkroom, but I got encouraging results.

When I began to seriously re-think the PINH5AD as a very short “focal length”, wide-angle camera, I knew the periphery of the 4×5 frame would be significantly vignetted as the intensity of the light evaporated at the edges.  To mitigate this effect, I use f/165 as a compromise between an overexposed center and murky corners.

While the P5 MUTO could be shot with large format sheet film, I planned to use 4×5 120 roll film backs when I squashed the pinhole-film distance down to a thumb’s breadth.  Even so, selecting film with a mind toward exposure latitude will pay dividends if you know how that film behaves when light is smeared several stops across the frame. Notably, the cheapo Fomapan is nicely behaved with the wide angle exposure.

I also designed the MUTO with a rotatable pinhole plate that moves the pinhole relative to the center of the frame.  It’s an extreme effect, and I plan to design another, less drastic plate for experimentation.  Several photos below, used an offset pinhole to interesting effect. 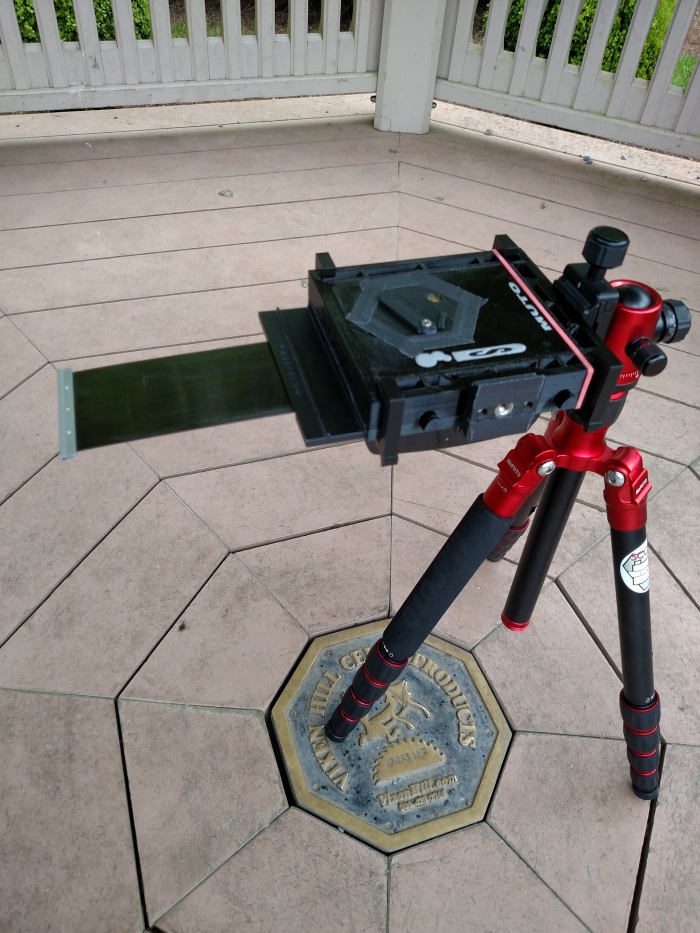 Shooting the eight-minute exposure, below. 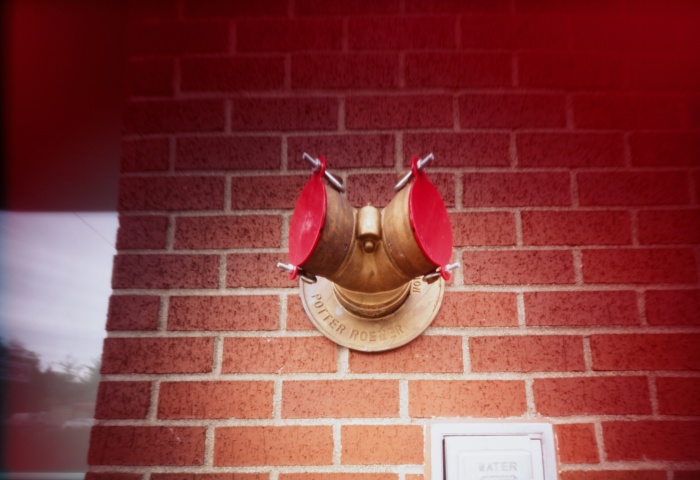 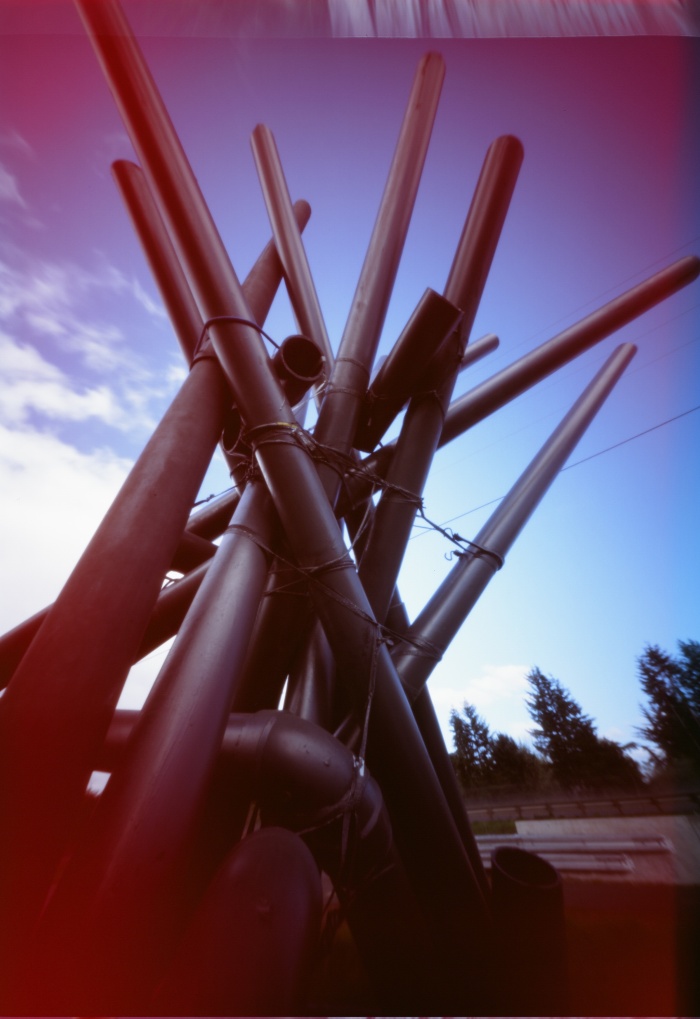 A sculpture of pipes 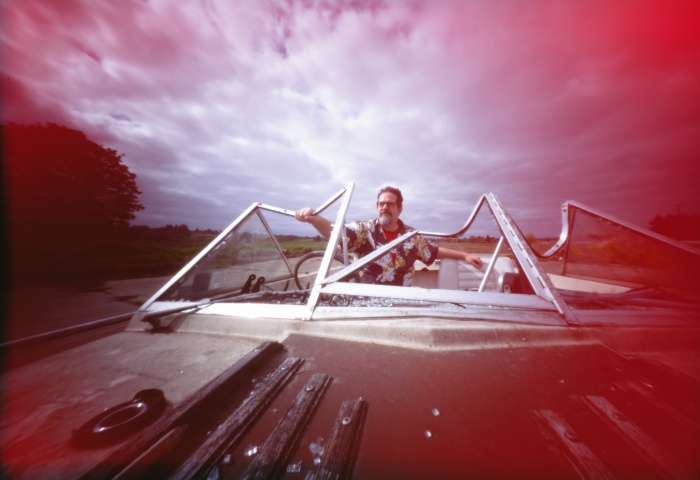 Hank is the skipper of his destiny 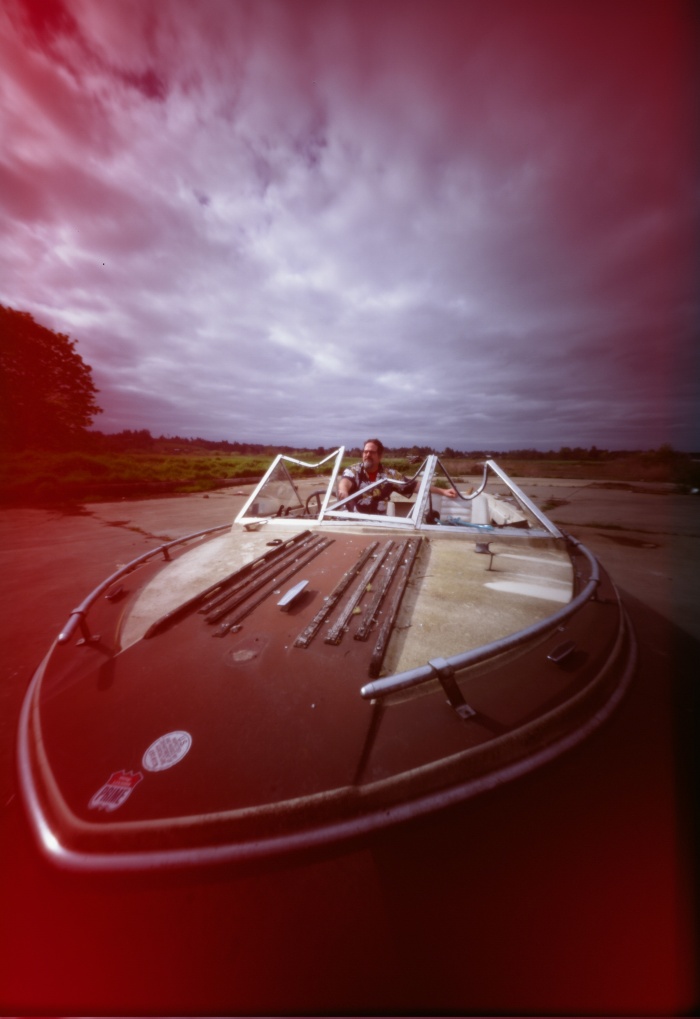 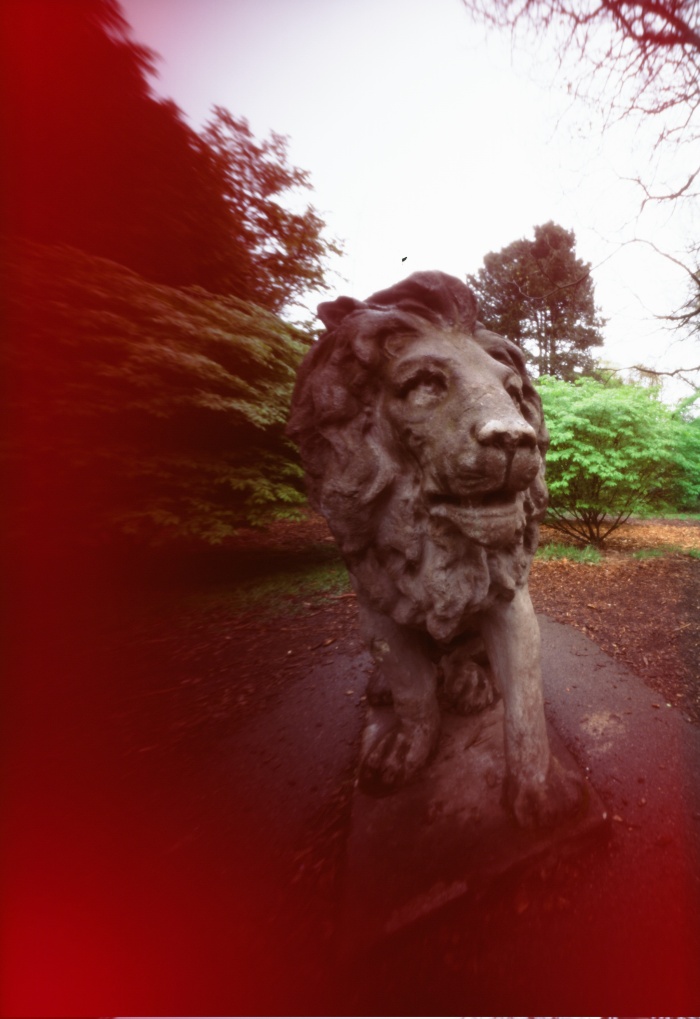 This stone lion used to greet visitors to the Woodland Park Zoo house of big cats when I was a kid.  Pinhole offset laterally. 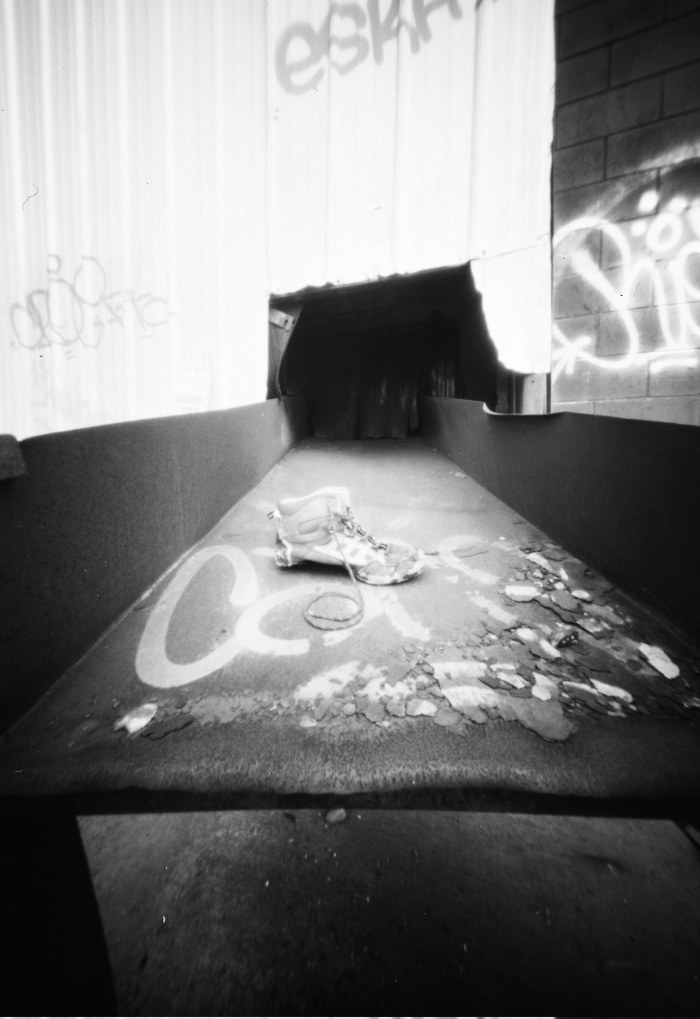 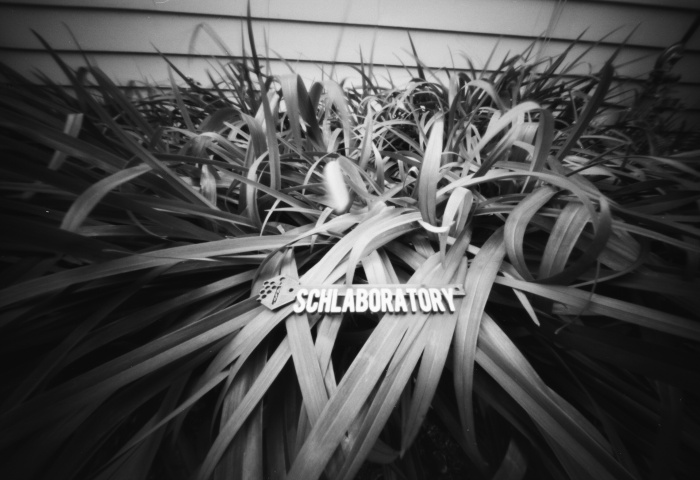 A little bit of pinhole meta

These rolls were processed and scanned by Moon Photo in Seattle; all images are as scanned, absent alteration, cropping or post-processing.  More photos from this and my other 52Rolls can be found HERE