Well, this morning I opened my eyes in an unfamiliar bed and gradually remembered that I should really check my phone, for something momentous had been happening overnight and the results were due.

And so I checked.  And I felt disappointment.  I didn’t even cheer when our reviled PM resigned – just feared the further instability, particularly in the eyes of other countries.

I realise that the UK’s exit from the EU is far from cut and dried.  As usual the scare stories regarding the implications seem to be nearly as far fetched as those surrounding the terrifying Millenium Bug.  We seemed to survive that.  We’ll have a cup of tea, calm down a bit and survive this, but sadly in the knowledge that we really don’t necessarily hold the same values as half our neighbours or the generations before us and that – from my admittedly limited perspective – there are still a lot of people making poorly educated decisions out there.  But who can blame folk?  The UK press is horrifically corrupt and they’ve whipped the country into a frenzy without really managing to involve much of the truth at all.

I’m proud to see that Leicester voted Remain.  If a leave vote is poorly aimed protest against immigration, then for that to triumph here would have been inscrutable.  Even a bus ride into the city is a multicultural experience and once there you’re literally spoilt for more.  It’s not all plain sailing of course – but we’re doing bloody well at the job at just getting on with things and living together.

The UK is still the same as it was yesterday. Eyes open a bit wider perhaps.  There is still good and next year I trust that there will still be hundreds of wonderful volunteers sticking up two fingers up to hard nosed commerce and coming together to deliver the laid back wonder that is the Riverside Festival.

First up, here’s the legendary DWC, who is part of Leicester LoFi‘s very core, and worked his ass off recently to exhibit Yours and Mine for me and the house mamil.  I bumped into fellow 52 Roll-er Barnaby Nutt here who was also taking some snaps and kindly tipped me off when it looked like I might get embroiled in a conversation about toting a bellows camera! 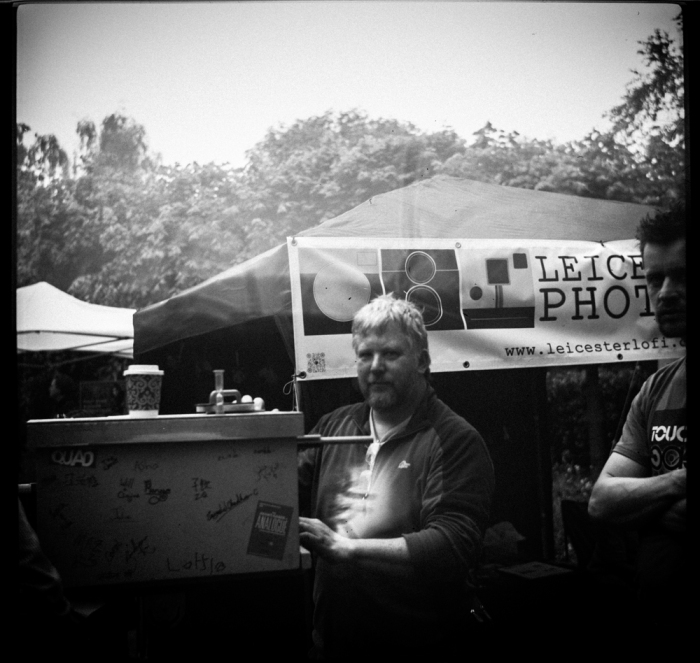 We then headed off to hunt for my dear old Dad, who we found to be in his element showing off Serenade for the Peter Le Marchant Trust.

These two blokes haven’t met but actually live only streets away from each other – so, Dave – meet Dave!

But couldn’t leave without seeking out the Leicester Real Junk Food Project, now a year old, who save food that would otherwise have gone to waste and put it into tums.  It’s a doubly wonderful project as you Pay As You Feel – so if you’re really skint you get fed too, and if you’re solvent enough you can pay more to support such a great project.  And the people running the whole shebang are caring and lovely – I felt so looked after and even got a spontaneous arm rub with my spicy aubergine sarny, avocados and bread. 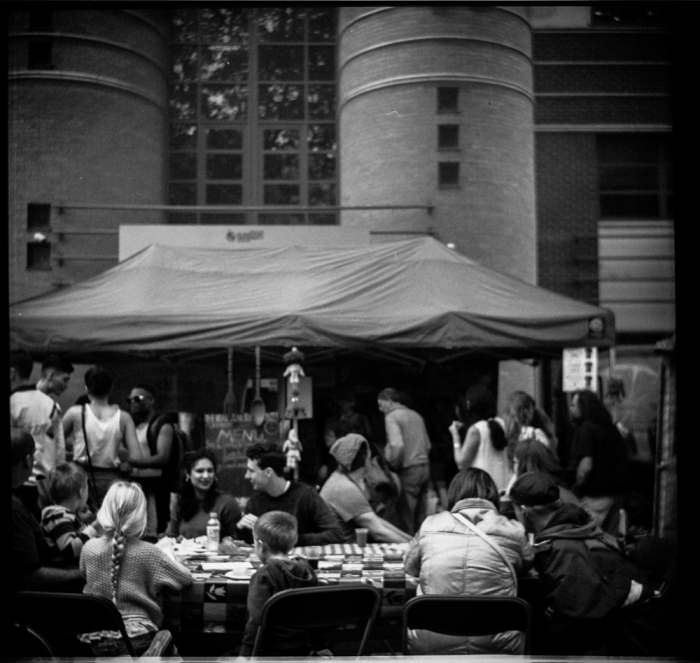 Heading back to the Park and Ride (where we asked for a price only to be treated to a free journey home as we’d joined with my Dad who’d parked there – yay for Park and Ride!) led us along the canal and through Castle Gardens. 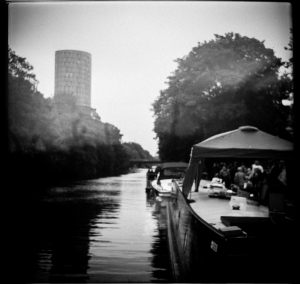 And through the Lanes in Leicester where the iconic Very Bazaar was shutting up shop and I eschewed the now sterile but once fascinating Silver Arcade for a snap of the much more interesting Royal Arcade.

And I debated whether or not to include this – but there ARE people in the UK who don’t know who she was and why she died still, so it’s still important to share.

‘While we celebrate our diversity, what surprises me time and time again as I travel around the constituency is that we are far more united and have far more in common with each other than things that divide us’