This week Holga goes above the Tree Line to the Summit of Pikes Peak: 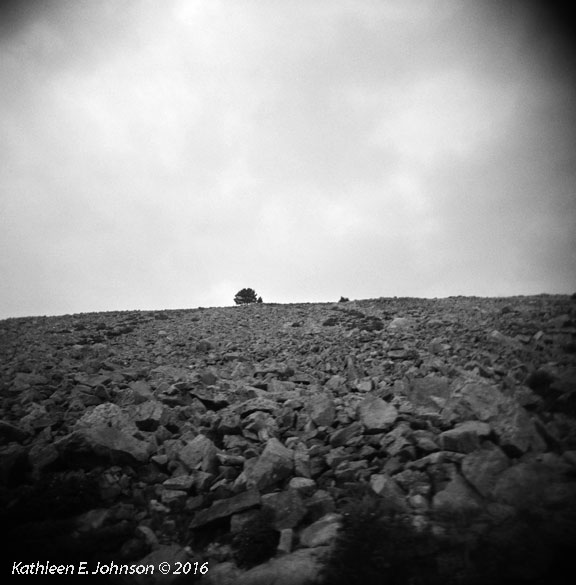 We took a Journey on the Manitou & Pikes Peak Cog Railway for my mother-in-law’s 80th Birthday.  There was a lot to see on the way up, but not worthwhile to take photographs through the tinted window (although you will see a couple of those later).  So I’ll share with you our time above the tree line.

One stop on the way up, Windy Point, was a residence for maintenance workers above the Tree line (12,129 ft):

The Supervisor and his family lived on the left side and 20 or so workers lived in a bunkhouse on the right side of the building.  These are the only two images marred by shooting through the glass. 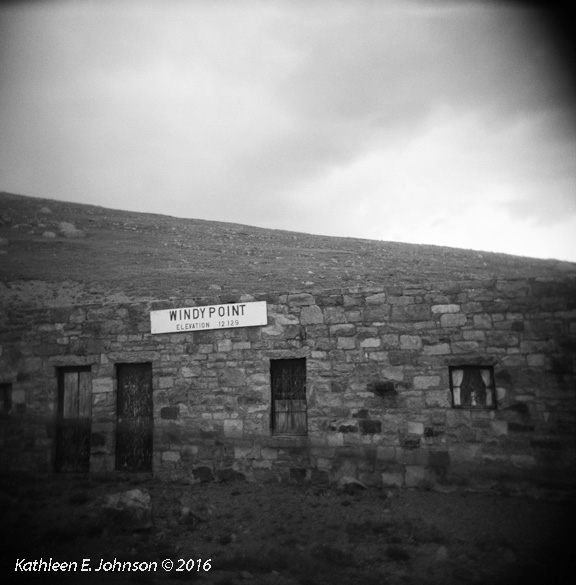 And let’s see the little ladies at the summit, because they are just too cute: 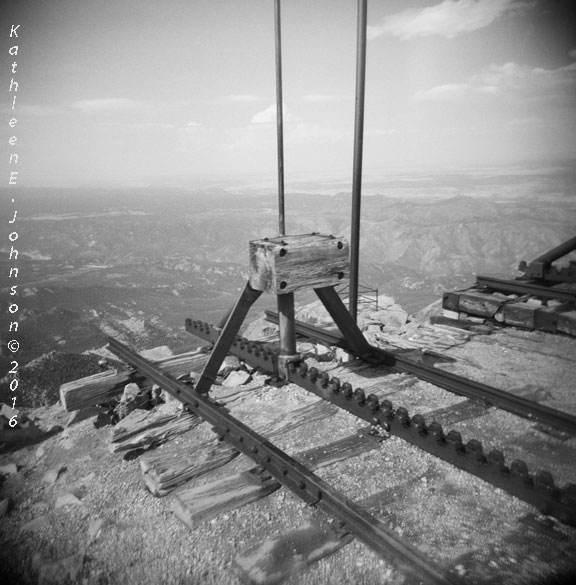 Above, literally “The End of the Line”.  You can see the cogs that the engines use to pull the train up the slope and prevent it from slipping downslope.  Some  grades as steep as 68%; average grade 40%. 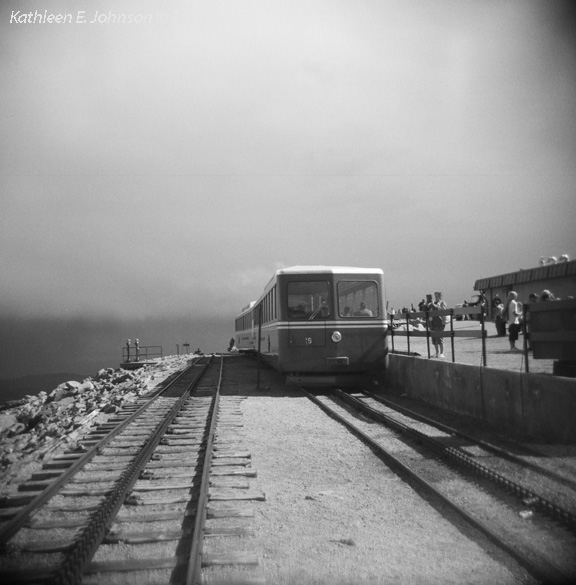 We road in a two-car train.  They also have single car trains.  Below: Monument for Katherine Lee Bates, whose trip to the top of Pikes Peak in 1893 on a teacher’s tour (by wagon and riding mules for the last part) inspired her to quickly jot down a poem, later set to music as “America the Beautiful”: 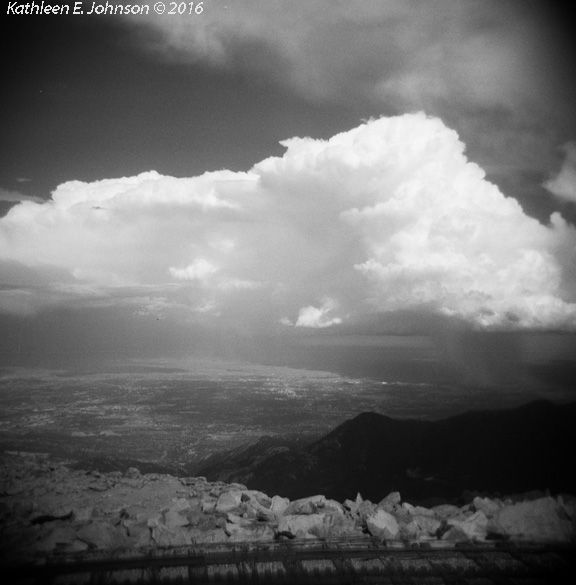 And we end with a sad fact.  The road to Pikes peak was gravel until a couple of years ago.  Pavement has brought the crowds.  As the song says “They paved paradise and put up a parking lot…..“.  Before the paving, at most you would see a dozen cars up hear at once.

Historical Note:  Let’s give a shout out to Zebulon Pike, whose expedition to map the southern Louisiana Purchase doesn’t get much notice compared to Lewis and Clark.  In 1806, Pike’s Expedition attempted to climb the Peak, but were ill equipped for subzero weather and turned back.  It was 50 F on our visit, actually quite warm.