Hmm, where to start with this one?  Well, I’ll try from the beginning and keep it brief.  At some point nearly two years ago, I was browsing through Twitter and Tim Andrews (who happens to have Parkinsons and was well into his Over the Hill project at the time) had posted something interesting from another photographer, which I ‘liked’ and might even have commented on.  I knew of him through a mate, but wasn’t going to slavishly follow for that reason, because I was awkward back then.  Fortunately, Tim followed me. ‘Did I take photos?’ he said.  Yes, I said, and sent him a link to flickr and instagram.  ‘Would I like to photograph him?’ he said.

“Oh my shitty christ” I thought.

BUT – I was on a mission to do the very things that scared me. And this did scare me.  I was nervous.  I didn’t really take photos of people. But my mate Al badgered me until I’d set a date (this took a while) and encouraged the heck out of me.  We went for walks and talked.  It would be okay. 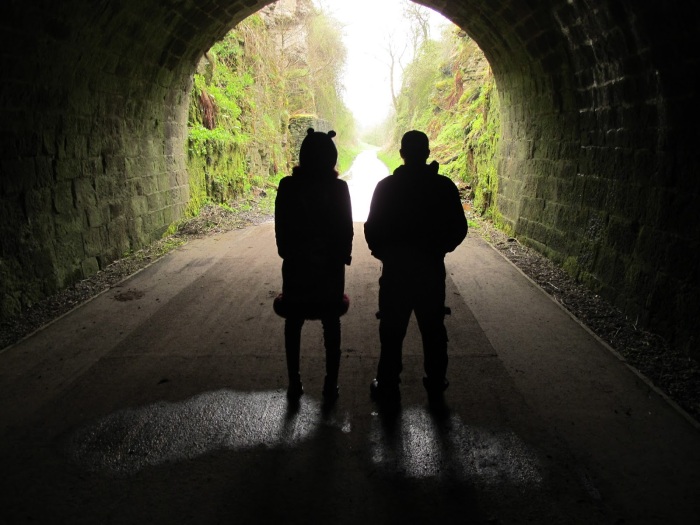 Al and I, by Tim Andrews. I’m the taller one.

Meanwhile, I went through Al’s big book of photos which he’d foolishly lent out a year or two back.  I still had it and was devouring every page.  Notes were made.  You see, everyone seemed to photograph Tim naked and I thought it was a cop out.  I wanted to just take a bloody good photo of him without the “Ooo, he’s got his willy out” shock value.  But, to be fair, as we settled into the studio, started to talk and I began to wrap his hands in yarn, the clothes…well, they just had to go.  They were in the way.

And so, my family and friends learnt of Naked Tim, so called because I know too many Tim’s and it became hard to differentiate.  Though as it happened, the photo we chose from the first day was clothed and was shown at Goldsmiths College in November 2015.  I wasn’t there.  I was watching a baby emerge from my sister.

Anyway, the moment Tim learnt that I knew the legendary Al Brydon (aka my twit of a mate) he decided that a joint shoot should occur.  Hence more wandering through the hills and valleys of the Peak District with Al whilst we decided what the hell we were going to do.  At the time, second ‘Tim shoots’ were rare, so we were a bit chuffed.  Little did we know that this would lead to shoot three.  This is the fourth and was almost wholly on film in honour of 52rolls.  Tim posed, Al and I bickered happily, we both bought along equipment, I developed the film and Al proved that he was better at processing it in Lightroom or whatever than me. 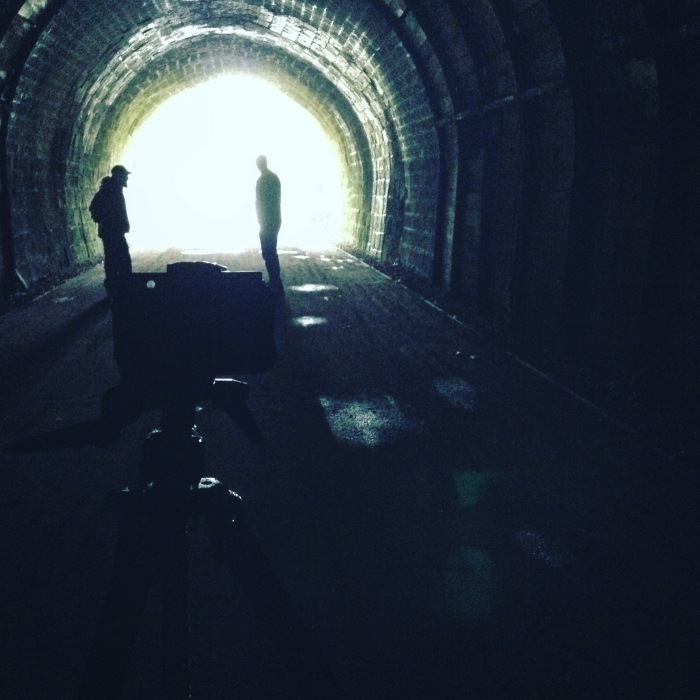 Pocket Al and Pocket Tim, perched on a Holga

It became a terribly soggy and wet day in the Peaks, and for me it had started off quite stressfully, but it was so comfortable and absorbing just making the photos together that I forgot to be worried and just enjoyed their company.  That kind of thing is important to me.

Tim’s version of events…
I can help you out

The first time:
My time has come

The second time
Three is not a crowd
Special Offering
Helpless