There are many things that Toronto is known for, like rabid hockey fans, Drake (sadly), and a robust craft beer scene. But one thing the city isn’t known for is its subway system. It’s small and rather uninspiring. Inspired by a recent post on Atlas Obscura, I took my Hasselblad into the Toronto subway system to catch them in all their 1950s glory.

Despite not being the prettiest out there, some of the stations like Museum and the new Union Station stand out as decent stations. St. Patrick and Queen’s Park look a lot like the tube stations in London. The rest all seem just to carry on looking like public washrooms. I’m not saying that in a bad way, I like the virolite tiles and the strange little throw packs that occupy lines one and two (Yonge-University and Bloor-Danforth respectively). So after a rather successful photowalk earlier in the day I decided to hop on and off the subways to shoot specific stations along my way back to Kipling where my car was parked.

I also wasn’t aiming for any perfection in these photos. After reading through a book on Eugene Atget and seeing his work how it was gritty, contrasty, and not always spot on perfect I took a page from his book and approached week 33 in the same manner. Pushing RPX 400 and souping in Dilution A I did little to suppress the grain that picked up; I never shot any smaller than f/8 most ranging from f/4 to f/5.6 often sacrificing depth of field for shutter speed but even then not worrying if I went to 1/30th and got camera shake. It was good to get away from the tripod and deep depth of field every so often; I am pretty happy with the results. 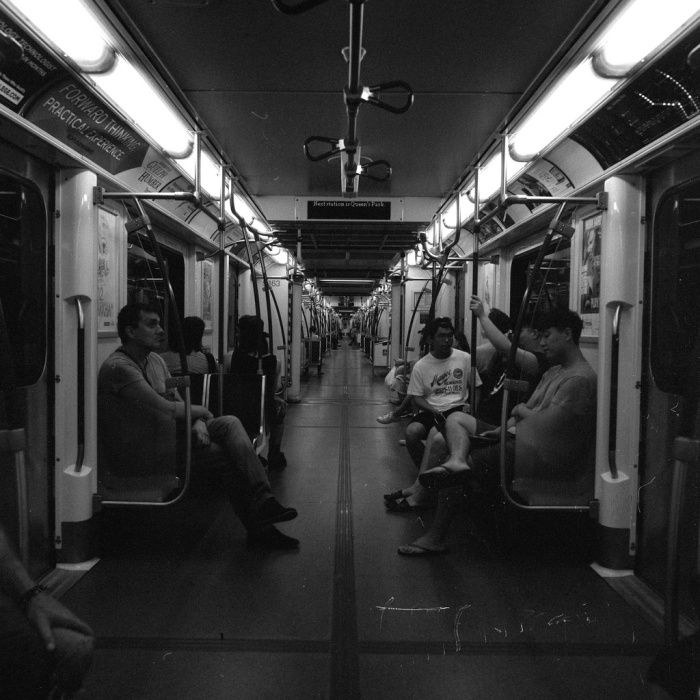 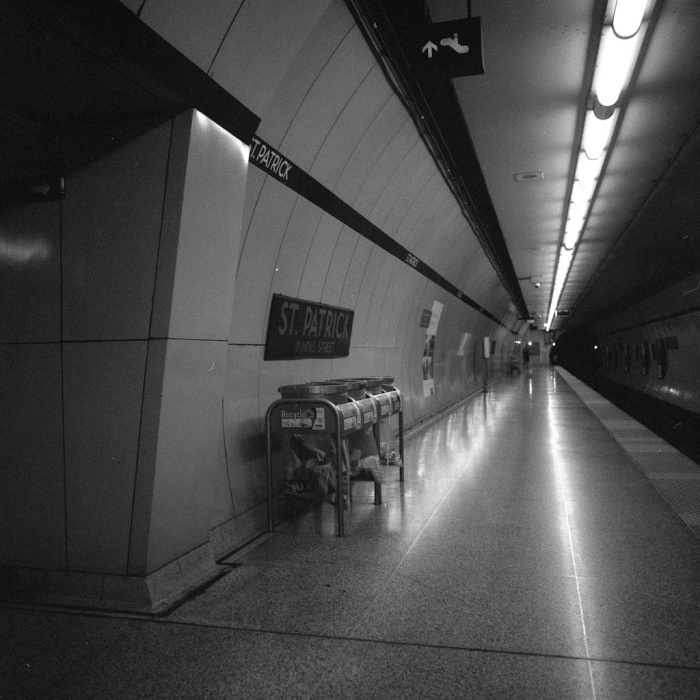