I play in a mens (beer) ice hockey league.  Our team is now back to back champions of our division.  This is the first championship game I was able to play in.  Last time I was sitting in an airport in Paris when the game was being played.  It was nice to be on the ice with my teammates for an overtime win.

I used my trusty Nikon N90s with Ilford Delta 3200 film.  I set the cameras ISO to 1600 because I knew it would be relatively bright with the rink lights and I had hoped to reduce some of the grain on the exposures.  They all turned our to my liking.

It’s funny, when you bring something other than an iPhone these days people will comment that you are using a “real” camera.  The other point that was funny was when I had to tell them that I was shooting film.  They though I was nuts for using that “old crap”.  I’m not nuts and they were pleased with the photos when they got to see them developed. 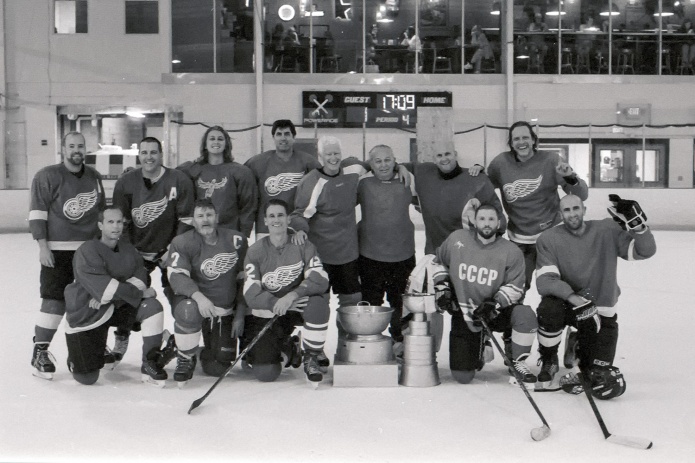