In an effort to work through all of the cameras for this project, this week I chose the Holgaroid.  For those unfamiliar with this beast, it is a Holga 120N all hacked up to use a Polaroid 100 back.

Rather than doing the rational thing and using a pack of the now no longer produced Fuji FP-100 film, I decided to go old school.  I mean, really old school on this one and pull from 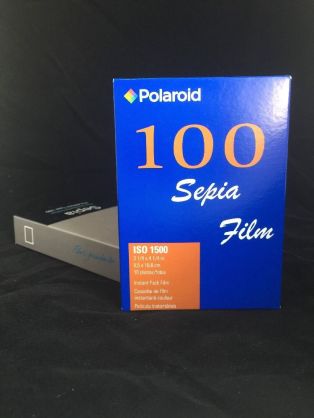 the refrigerator a pack of Polaroid 100 Sepia Film that expired in 2009.  I picked this and a few other packs of blue and chocolate film up from the Impossible project a few years back.  These packs have been sitting in my refrigerator in zip lock bags with silica packets ever since.  I looked on eBay and people are trying to sell these anywhere from $75 to $100 USD.  I have no idea if they are getting it but I think it still shows my dedication to the cause.

Over the ten pictures the results were mixed and you can see some weird color shifts and places where the picture was pulled up but, in my mind, thats half of the fun of using film this old.

With the ISO being 1500 the shots in covered shade turned out a bit better but all pictures were taken at the pool on one of the few days of summer. 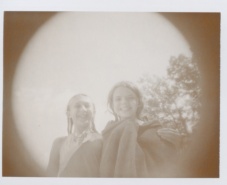