Roll up, roll up! It’s time for another update!

This time I’ll be taking you through week 22-25 2016, or as normal people say it, May 30th to June 26th. This is hopefully going to dovetail nicely into a single post dedicated to a week-long US Road Trip in July, aka “Film Purge 2016”. More on that in the next update.

For now, lets have a look back to what was essentially June 2016.

As I’m a few months behind posting (not shooting, trust me), when I finally went back to reviewing my rolls for June I realised that I hadn’t really shot that much – probably 10 rolls in total. I was still in a tiny bit of a funk and I decided to keep trying to switch things up a little bit. This started with me dusting off my Nikon F100 and messing about with some macro shots and pretty much went downhill from there.

I was (kind of) in full swing testing out a recently purchased 6×12 film back for my 4×5 camera. These tests continued into June, with largely positive results. The film back is an interesting piece of kit and allows one to selectively shoot from 6×6 all the way up to 6×12 in 1cm increments – mid-roll. Sounds nice? It is…but creates a few headaches when you go mad and try to shoot every format on a single roll – more on that later.

Finally, I also spent quite a bit of time out and about trying to get to grips with a 2x teleconverter I picked up earlier this year for my Hasselblad – the thing is WONDERFUL and I think I’ve finally got it figured out. Check out the week 10 2016 update right here for more on the TC itself.

Inspired mostly by Mr. Dizzy Cow, I decided that I should shake off what remained of my photographic funk and break out my Nikon F100 and 28-105 macro zoom lens. It’s the only zoom (or AF) lens the remains in my modest collection and I honestly don’t think I’ll get rid of it.

It isn’t the fastest or sharpest lens to come out of Nikon’s labs but it’s acceptable for what I like to use it for – messing around with zoom and MACRO whilst walking the streets. Yes, there are better lenses out there for doing macro work but to be honest, I’m a simple man with simple tastes and the 28-105 (3.5-4.5) delivers exactly what I need in a compact enough form.

I was shooting probably my fourth roll ever of Fuji Neopan 400CN, which according to some who may be in the know was made for Fuji by none other than Ilford. I’ve yet to delve into its history myself but for what it’s worth, I like it. The midtones render a tad lighter than Ilford’s own XP2 Super but this may be my own metering, lens, or mind playing tricks. I’ll leave it for you to decide

On to the images. Let’s start off with a macro. 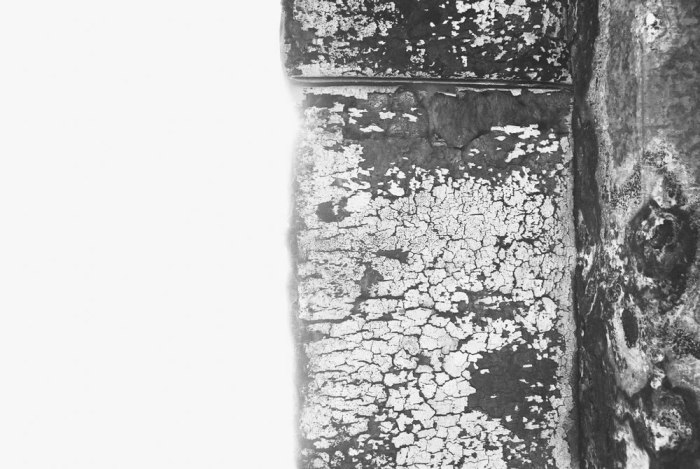 Week 23 had me thinking that it’d been a while since I’d shot any motion picture film. As luck would have it, I happened to have miss stored a roll of one of my favorites in my black and white film box, so let it warm up and loaded it – I have boxes of film all stored by format and type in my fridge, just in case you were wondering. If you weren’t let’s just gloss over that and move on.

Kodak VISION 200T 5213 (to give it its full name), is a fine grained tungsten-balanced film and without color correction, creates a lovely cold hue even on bright, sunny days. It’s very sharp, although the images below don’t demonstrate any of that.

I shot this roll with my Leica M6 TTL and 90/2.8 Tele-Elmarit lens. I’ve spoken about this lens here before and it’s a lovely little performer. I’ve never really understood why longer lenses aren’t that popular with Leicaphiles. If you spend any appreciable amount of time on social media, then you’d think that Leica only ever made 35mm and 50mm lenses…but anyway, most of the roll was shot at night (I’ve been collecting bokeh) but a cat may have slipped in there, too. 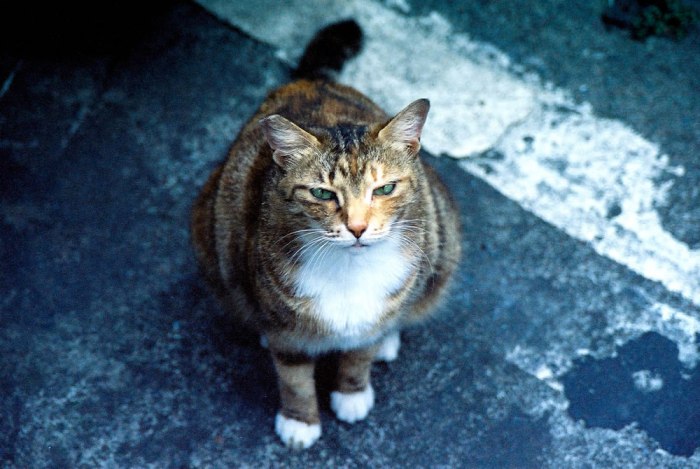 Aha, the 6×12 test cometh. Ok, so the images below might not be the greatest in the world but at the very least I got to prove that the light leaks on my first test roll were totally user error and nothing to do with the film back itself.

I’m hoping to put together a review at some point but in the meantime, let me try to explain how it works. You load film by removing the back from it’s Graflock plate and sliding the film plane over to one side. This exposes a niche where you can install your roll. Once a fresh roll is loaded on one side, you slide the film plane over to the other and expose the take-up niche. Still with me?

Spool up, slide the film plane back to the center position and you’re done. The back then mounts on the plate, wind on the film and you’re good to go. Thinking about it, an image or two would have been a good idea here.

The film back has two dark slides installed – one on the left and one on the right. Each slide has markings denoted in CM and when you want to expose a frame, you simply remove each slide, or slide them out to whatever format you want – remove both for 6×12, slide out both for 6×9 and remove only one for 6×6. The markings on each slide make it easy enough to do this and there are also markings on the winding wheels, which tell you how many turns you need to make in order to move to the next frame depending on the format you have just shot.

For those of us that prefer counting numbers on backing paper, there’s a retractable door which lets you do that.

Is it worth it? Yes.

Do I shoot multiple formats on a single roll? Occasionally.

In reality, jumping from 6×6 to 6×7 and then on and on and on is just a recipe for headaches. I generally stick to shooting 6×12 and 6×9, as those are the two formats I purchased it for. That said, shooting 6×6, with large format lenses – especially the Aero Ektar is great fun!

On to the images, which were all taken with a Kodak Projection Anastigmat 161/4.5:

On to the final week of this update and it’s time for something a little less wide than week 25. I decided that I needed some more time getting to grips with my Hasselblad teleconverter – a purchase designed to cheaply decide if I like shooting longer lenses on medium format. The short answer is, I still don’t but I enjoy the flexibility and results it brings.

Whilst it’s not as easy to focus with as a normal long lens, the teleconverter provides a subject separation that’s different to what I’ve experienced, even with Hasselblad’s 160 telephoto lens.

The teleconverter also has the added bonus of significantly altering my stock Planar F 80/2.8 lens’ bokeh. Although the lens is effectively slowed by two stops and becomes a 160/5.6, the shallow depth of field wide open is retained. This makes for some really interesting results (see the second image below). 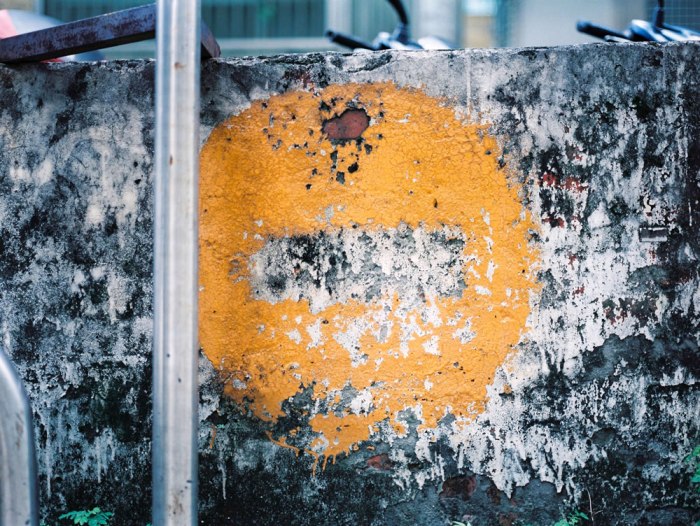 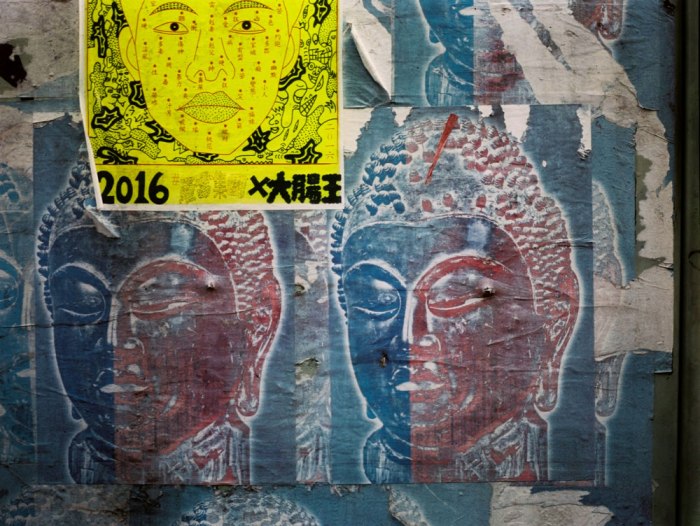 And there you have it, week 22-25 is done and I’m one more post closer to finishing my report on this project. This post signifies the halfway point for my 52 Rolls 2016 and if the months since shooting the above have been any indication, the second half of this year is going to end really well.

Shooting enough rolls for the project hasn’t been an issue, as my annual roll count is generally much higher than 52. What has been interesting though has been how the structure I’d planned for the project back at the end of last year has evolved. I was initially committed to only shooting a specific type of film for three months at a time – black and white, colour negative, color slide and finally motion picture film, or something to that effect.

As you’ll note from this and the other updates so far, this hasn’t happened.

I’m ok with that, as documenting the experience has become the experience for me. I’ve found myself thinking, “what should I shoot for 52 rolls this week”, and this in turn has led me to try out new films, revisit old ones, and generally mess about more than I normally do.

That the project has made me think more about what I’m doing and learn new things along the way is much more important than the results.

活到老學到老, as the saying goes in Mandarin.

Until next time, keep shooting, folks.