For a city so close to where I live, I have never spent much time photographing Burlington, Ontario. And that’s even with one of my favourite camera stores in the province located there and some family. Actually, the reason I was in Burlington was for a family Christmas celebration. Taking some time beforehand to visit the downtown and lakefront park to blow through the roll in the brutal cold. 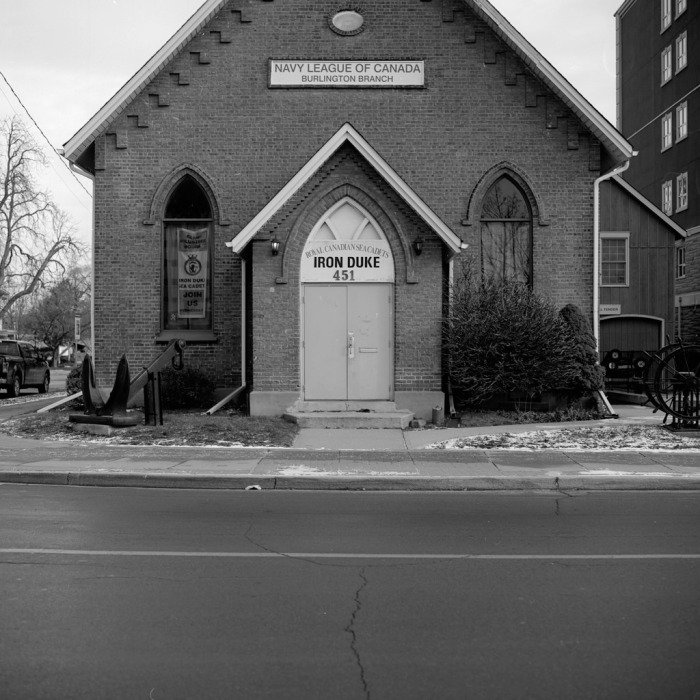 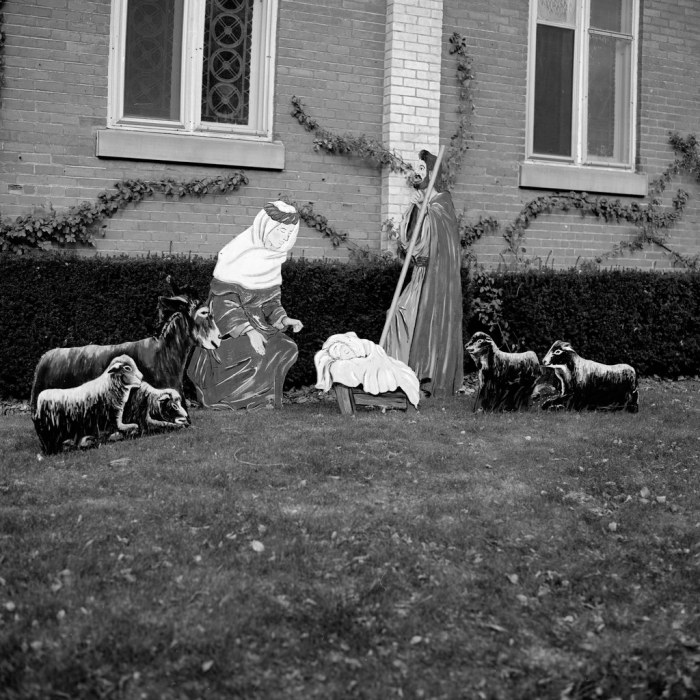 It actually ended up proving to be a wonderful downtown, and before I knew it, I had shot all 12 frames, only to see one more thing to take a photo of. Oh well! With two sets of grandparents living in the city, it’s all the more reason to go back another time. The only trouble is that there’s not the same 19th-century charm with Burlington that I find in other cities across Ontario. I guess that’s just progress, whiles towns like Stratford make a point to keep those, others simply move on. 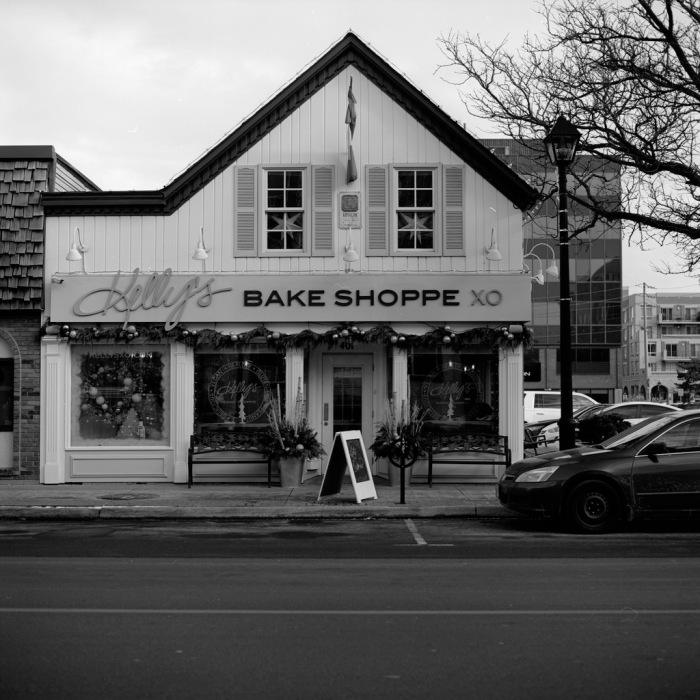 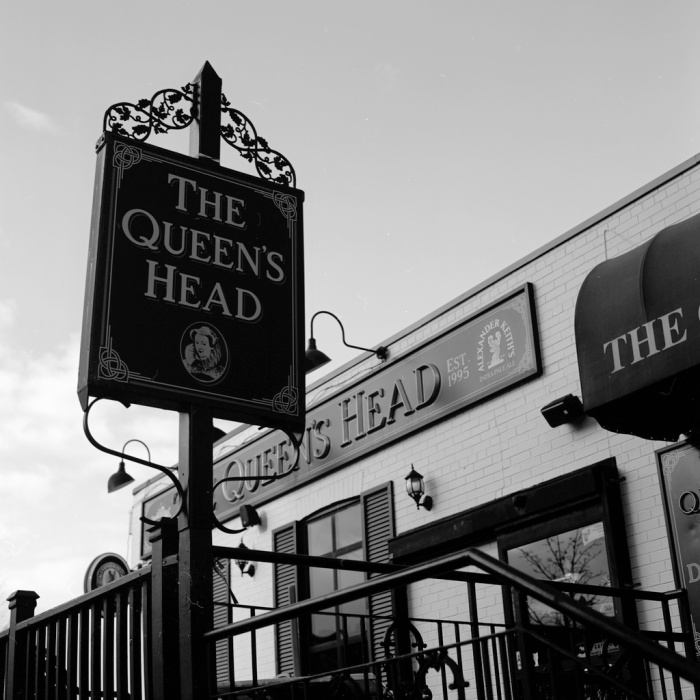 If you’re wondering about the title of this week’s entry, it comes from the Anglo-American War of 1812 (of course it does). When the American Squadron chased the British Squadron into Burlington Bay in 1813. The American commodore annoyed at his junior’s victory on Lake Erie decided that he wanted to accomplish the same feat and take all the ship’s on Lake Ontario that made up Commodore Yeo’s squadron. The trouble was that Yeo had a much stronger squadron and he knew when to run and made it safely into Burlington Bay and under the protection of the British batteries at Burlington Heights. 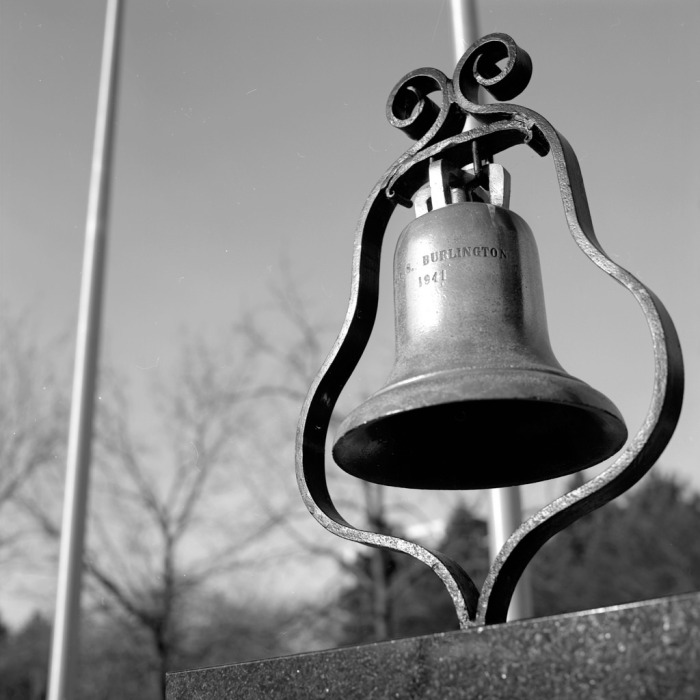 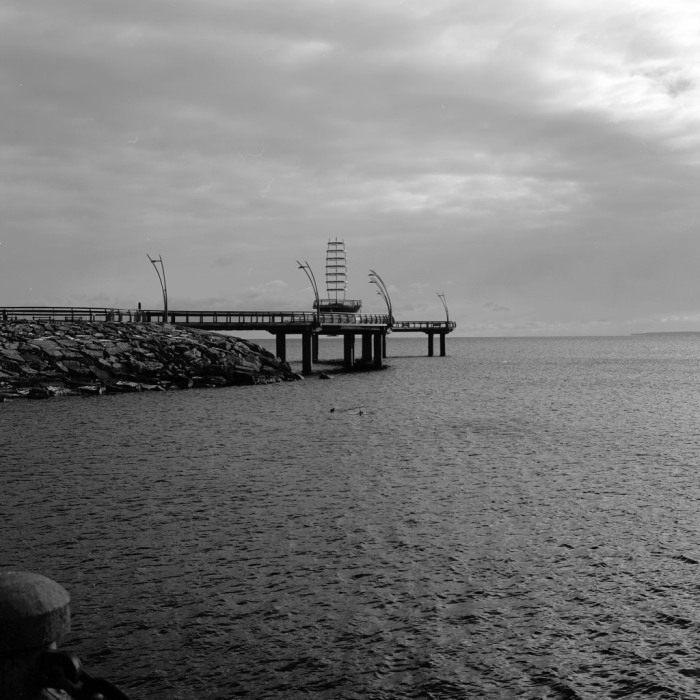 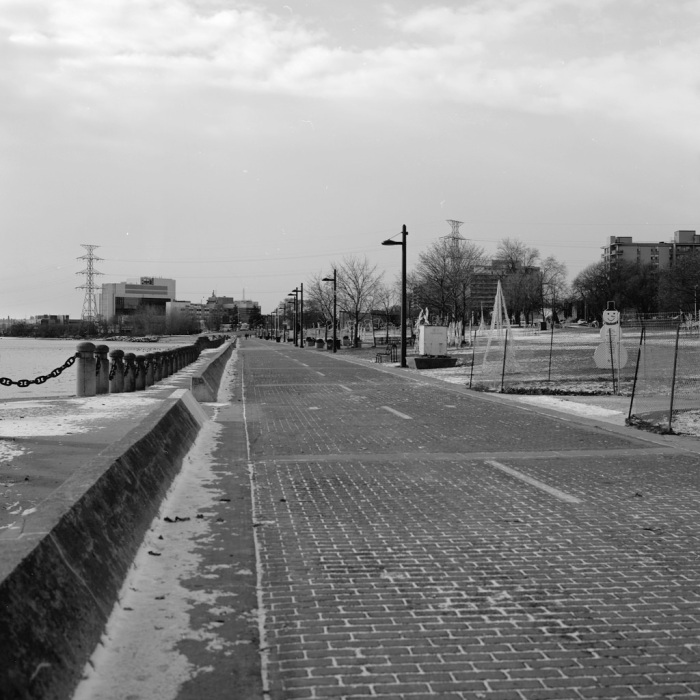