The story of this roll of film is a litany of mistakes. I thought I should try some black and white in the EOS3 only having shot colour with it. I had an unexpired roll of Ilford Delta 400 in the fridge so that was my choice (everything else is expired which introduces an additional variable). Given the winter conditions, frequent lack of light and Delta 400’s reputation for being a flexible film, I decided to meter it for EI800. The film canister even has a handy system for marking 400, 800 and 1600, which I did. And I set the camera metering appropriately. Then I forgot about it, and neglected to tell the lab to develop accordingly. So, these shots were underexposed by 1 stop from what the camera metered (and the notes in the gallery should really have -1 EV added to each one). That was my first mistake.

Another mistake I made was my lens choice. After loading the film, I put on an old M42 Takumar 55/1.8 which I have adapted for use on my Canon DSLR. Once I got into town, I tried to take a shot and got a lot of complaining noises from the camera (as if there was a partial shutter fire) and the dreaded “bc” message in the display. This message can equal “bricked”,  which wasn’t very encouraging. But, sitting in my freezing car searching the internet on my phone revealed mentions of lenses being one source of the “bc” error message. I took the lens off and fired a shot, with no error message and all the right noises, so at least the camera body was still alive, even if I could not take pictures. The adapter on the lens was one of the $2 cheapos off the internet with no chip or contacts and which works fine on other EOS mount cameras I have used it on (5Dii, T3i, T4i, Elan 7n, Elan II). On an earlier roll I had used the pinhole attachment which is essentially a modified lens cap, without any contacts of any sort in it either. Eventually I have discovered that other legacy lenses I have used, with more expensive adapters that include a chip for focus confirm, do work on this camera, including the focus confirm feature.

Here I am left scratching my head about the exact cause of “bc” message, other than it was a mistake to not test the lens at home before leaving the house. And, there I was left downtown, with a lunch meeting and then a plan to shoot some film, and no lens. Perforce I changed my plans and decided to check out a thrift store that always has lots of point and shoot cameras, and very occasionally has a good one worth spending 5 or 10 bucks on. I looked for a keeper with no luck, and wandered around the rest of the store for a bit.

I noticed they were very busy stocking shelves, so before I left, I swung by the camera shelf for one last look. And wouldn’t you know it they had just put out a Canon EF zoom lens, with no caps, but looking clean, marked $5. And, it was seniors discount day (they have a low threshold for defining “senior”, so don’t go assuming too much – they don’t check ID!). Thus, I paid about $4, a risk I was happy to run if it gave me a lens for the afternoon. When I got back to the car and put it on the camera, it worked! I wiped the finger grunge off the glass and it cleaned up nicely. It occasionally makes a bit of a screeching complaint while focusing, but does settle on focus, and does so at quite a bit more than a stately pace. My original plan was restored, and I used that lens for the rest of the roll. It’s a Canon EF 28-80/3.5-5.6 kit lens which gets some pretty unfriendly reviews when shot wide open, but I figured it was way better than nothing, and worth testing as the 28-80 range is a very useful one. 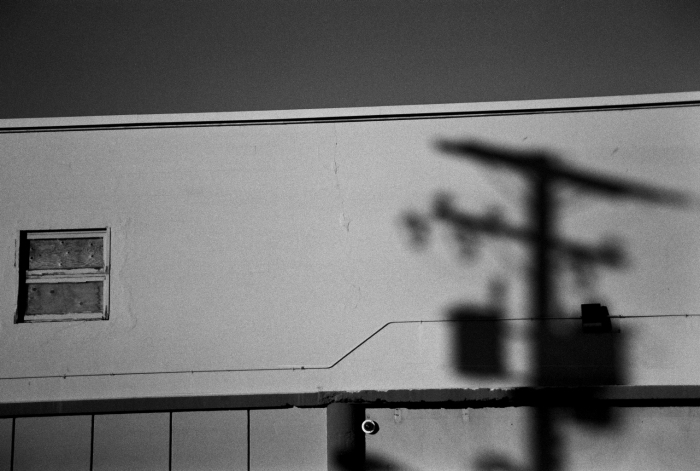 I think the lens is generally OK, but there were a few times when it did not settle into focus on the same spot I thought it was focusing on. This could be a lens fault, or an eyesight fault as my glasses have progressive lenses with 3 prescriptions in them, making focusing through eyepieces a routine challenge. I will need to test this out a bit to see whether there is a lens fault. In any case, I did get some pictures, and some of them are as sharp as can be expected from a lens of this type and provenience. 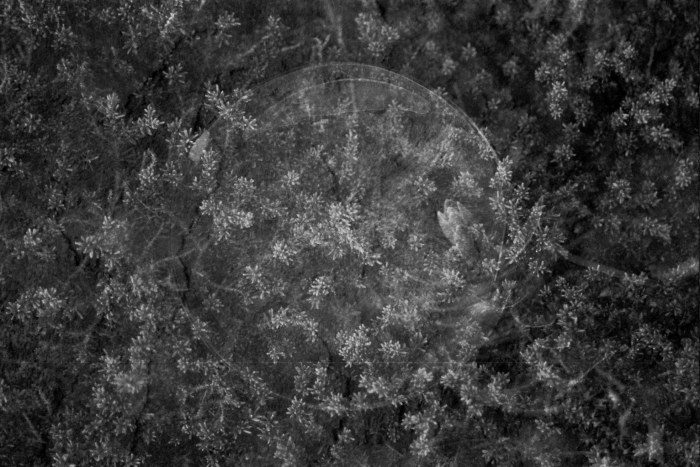 Later in the week seeing Barnaby Nutt’s Week 49 results with an EOS5 (link) I was inspired to try some multiple exposures on the remaining frames on the roll. I first saw the post on Barnaby’s blog and commented there about how the multiple exposure feature works in the different late-model EOS film cameras that I have. I’ve copied those comments with light editing below; the original source is here (link)

I have been doing some manual diving – a time-consuming exercise at the best of times, let alone with side by side manuals. Earlier this year I was left with the impression that the Elan 7N works with automatic exposure compensation that depends on the number of exposures chosen. But when I looked at the manual again, it seems that exposure compensation must be set manually. This is also the case for Elan II, IIe and the EOS3 all of which I shoot with.

I have just been experimenting with multiple exposures on the EOS3. The EOS3 has an exposure compensation range of -3 to +3 EV, so is more easily used for many multiple exposures than the Elan series cameras with a -2 to +2 EV range. Of course with any of these cameras the exposure can be set manually, or you can reset the ISO to the same effect.

In the Elan 7N manual (but not the others) is an interesting note which may apply to other cameras (depending on film transport arrangements?): “If you shoot multiple exposures on the first few or last few frames of a roll, the multiple exposures might not be precisely aligned due to the film curling.”

I kept on doing something a bit wrong with the button press and dial rotate necessary to set the number of exposures, and a couple of times I failed to notice and shot a sequences of shots, all single exposures. Thereby wasting a lot of film – another mistake! I am not sure what I was doing – I assume the setting times out after a while, but I just tested that and it went on for 3 or 4 minutes all the while remaining on multiple exposures. Anyway, what I did learn is that in the view finder displays a count-down of the number of exposures remaining when in multiple exposure mode, and I should pay attention to that! It is not mentioned in the manual, at least not in the multiple exposures section.

This roll is the product of many mistakes on my part, but in the end it produced some decent shots so was not a complete waste. I must have got lucky.

Test shot to see if camera would fire, out back of thrift

Christmas and a schooner 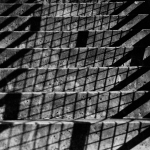 Stair shadows, out of focus area cropped from bottom

Another shadow I liked

Down an alley, I liked the shadow again

I liked the shadow

The woodshed and wheelbarrow in multiple exposures

single exposure of setting of next multi

10 thoughts on “A Roll of Mistakes”