This week I shot a roll of film that I souped months ago and then forgot about. I also completed a full roll of double exposures which I shot on the Nikon N65. Both were shot at cemeteries (by now you’re all beginning to wonder about me….).  Let’s start with the souped film. I’ve got some fun and even spectacular results souping various films in various substances. This roll was Velvia 50 souped in straight vodka. The results, surprisingly, were pretty “meh”. But here are some of the better ones. I love the last shot with the modern high rises visible in the background. 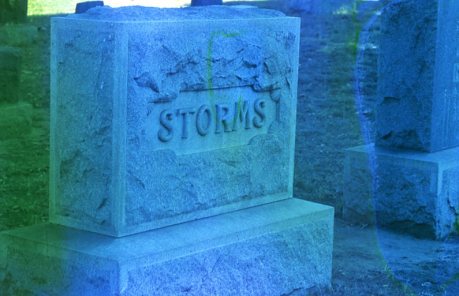 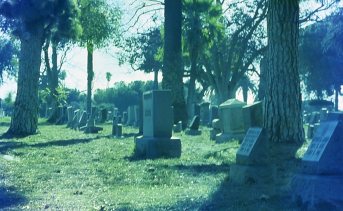 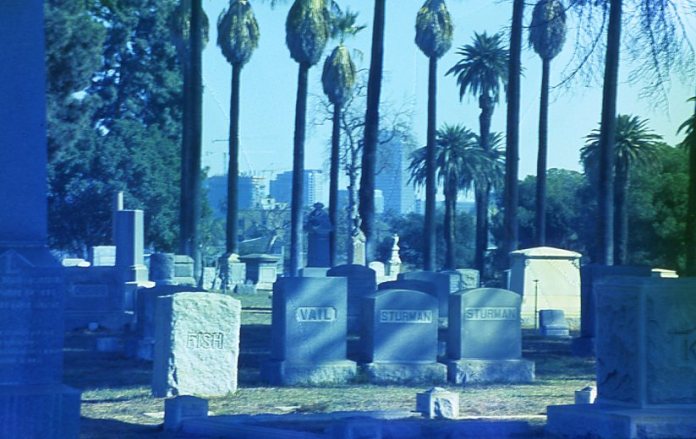 This week I also shot another double exposure roll built on my lessons learned from Week 41. The film was Fujicolor 400 expired in 2006. I didn’t make any adjustments for the age of the film. I thought using a camera with automatic advance (my Nikon N65) might provide a more accurate lineup of the shots and it turns out I was right. I shot the first round at a cemetery in San Diego and then rewound and shot the second round at the meditation gardens and the nearby beach known as Swamis. I’m still working on getting the exposures right, and some of the second exposures overwhelmed what was beneath, but I got quite a few I’m very happy with. 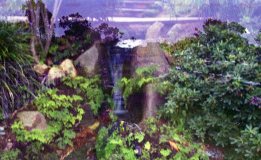 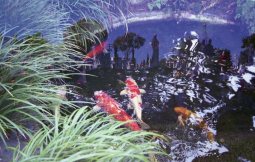