My title feels like part of one of those riddles in the I Spy Books, which finishes “Monkey pants and a pear Sangria”. Yes I did see all of those things, and more. This week I finished a roll from the cemetery trip in October with the Meetup people. The roll of Ilford HP5 was still in my Nikon FE so I took it along on a fun photo walk organized by Film Shooters Collective in Little Tokyo and the Arts District in LA. I’ll  show those shots and then finish the photo walk in my next post.

The first shots were taken on the Jewish side of the cemetery, after we emerged from the mausoleum and columbarium. The light was getting dim as it was late in the day. 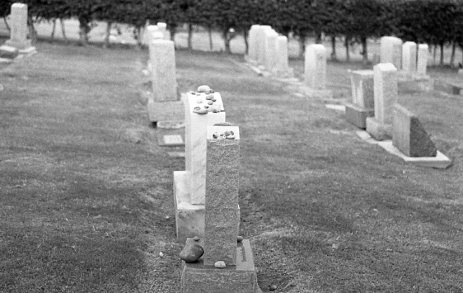 On the way back to the car I passed a large lawn filled with birds, and a lovely little lake which serves as home to a few duck families. 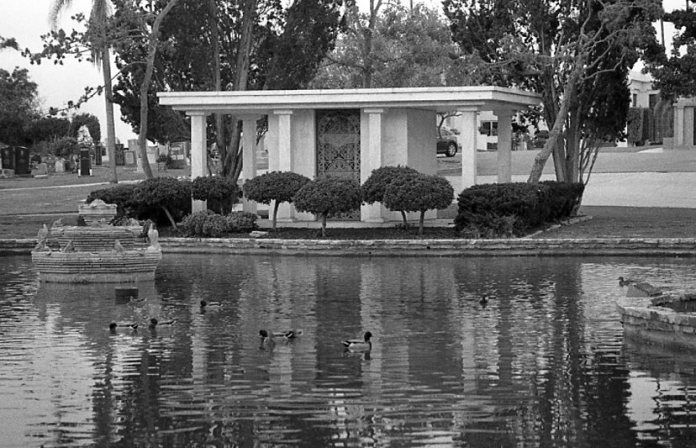 When I showed up at the Japanese American Museum on a Sunday morning for the photo walk there were only one or two people I knew, so I got to meet a dozen new film photographers. It was not long before Christmas so as we started out in Little Tokyo we couldn’t avoid seeing Samurai Santa. 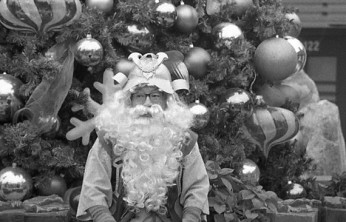 We wandered around the little shops for a while. Who couldn’t love a shop named Monkey Pants?

We stopped at a little bistro for lunch complete with delicious Sangria, and then headed toward the Arts District, a part of town I had never explored.