My new film crazy friend Peter Carvelli finally was able to collar me for a shoot.  We trucked to Sakonnet Fishing Village.  I was toting my new acquisition, a beautiful Nikon F2 with the 55mm F 3.5 macro lens it came mounted with.  Peter was using a 4X5 Graflex and a heavy tripod.  He had some technical difficulties but managed to squeeze off several sheets of film.  I loaded my Nikon with the last roll of Adox Silvermax 100 in my stock and shot it mostly at 80EI.  As the light faded the slow film speed became a challenge and it was too cold for me to negotiate mounting the camera on my tripod.  I do love this film, it is very dramatic.  My exposures were all pretty good and sharp.  I intended to shoot more close-ups but the flat dying light made this hard.  I developed the film in Silvermax Developer using semi-stand technique, i.e. film development for very lazy people like me.  I put the film in the tank and mixed up the developer at 1:100 dilution (3ml developer to 297ml) and let it sit happily after an initial 45 second agitation for 30 minutes.  I agitated it a few times at the 30 minute mark then let it sit for 40 minutes more while I tidied up the mayhem that envelopes my life from my obsession with film photography.  I finally put away all of my laundered clothes and coupled my strayed pairs of shoes.  The  F2 is a wonderful camera, one of the most enjoyable mechanical SLR’s I have had the pleasure to shoot.  I love that the film speeds are infinitely adjustable. The mounted meter seems very accurate.  The exposure settings are easily seen in the viewfinder and exposure confirmation is visible from within the viewfinder and at its top.  The viewfinder is beautifully bright.  It uses common SR 44 batteries, a nice departure from the mercury battery work-around in other old cameras.  The camera feels very assuring in the hand although I wish it had a better hand grip on the camera front akin to the FA.  The 55mm lens is very sharp and has good contrast.  Peter and I will shoot together on another day, probably after the next snowstorm.  I look forward to learning from him as he is a very experienced film photographer, having shot film as a journalist before foraying into our common profession, the law.

The featured image is the old faithful painted dog.  Given the state of his paint job, I have decided to name him Flake.  It’s a name some would attribute to me. 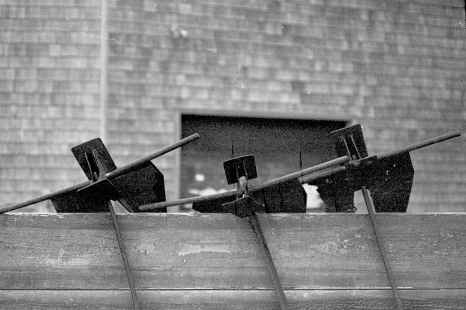 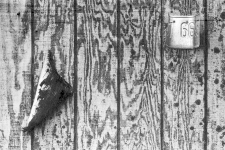 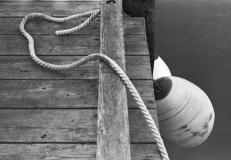 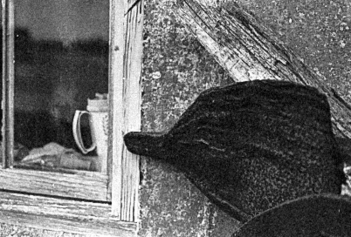