A few hundred kilometers south along the coast the ocean gets a little icier with deep cold currents from Antarctica, and along with golden rocks and beaches, the colour of the sea changes to a beautiful sapphire green.

Sitting between Bermagui and Tathra, lies the Mimosa Rocks National Park named after a vessel that was wrecked on this jagged coastline. It’s inlets and lagoons are secluded, and beaches often empty even in the height of summer. The Mimosa Rocks are near Aragunnu with its ancient shell middens, and camp sites once inhabited by the indigenous traditional owners of the land. 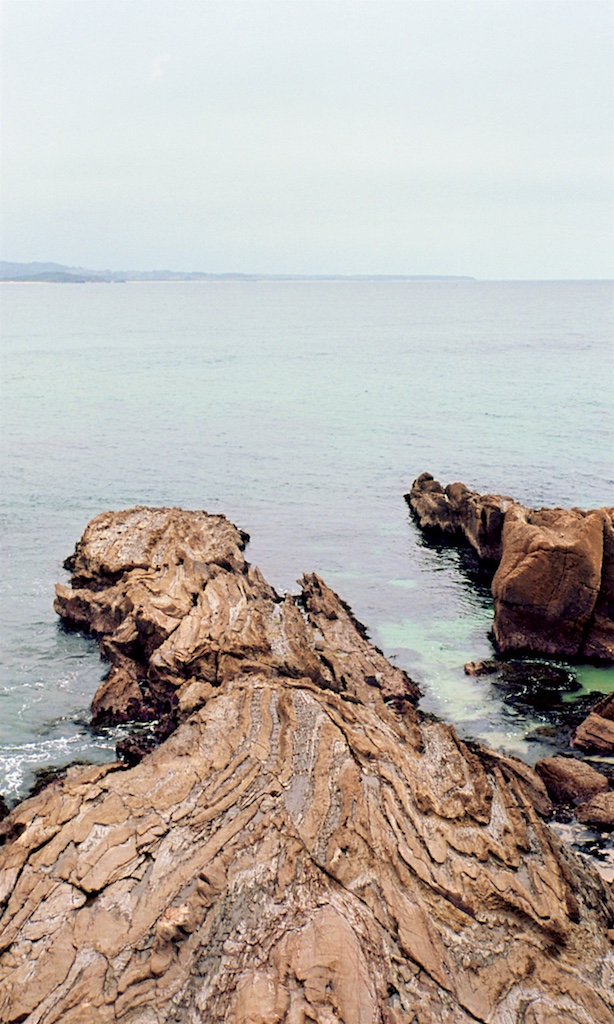 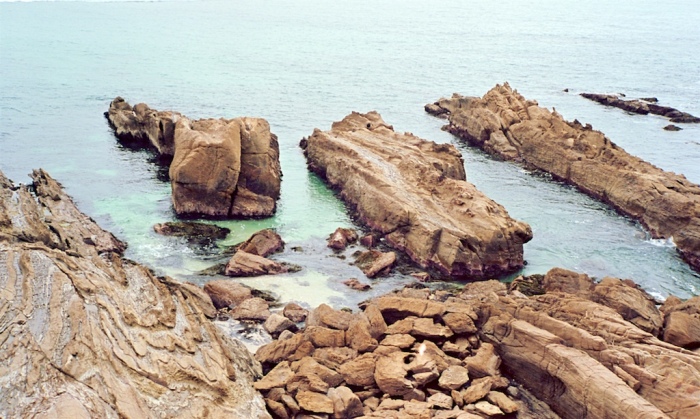 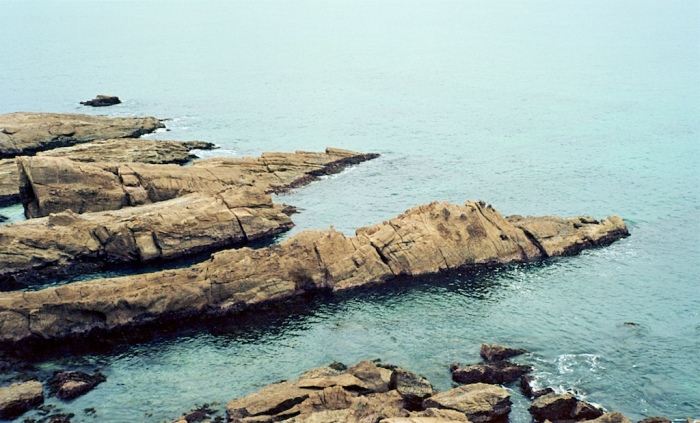 Bermagui, or “Bermi” as it is known locally is a fishing port, with a farmers market outside the back of the co-op, a fantastic bakery nearby selling cardamon seed scrolls that are to die for, and some decent coffee shops. We bought a sour dough baguette, local cheese from Tilba, a bottle of wine, and freshly shucked oysters at the market for a late afternoon picnic by the harbour.

Melody at the markets 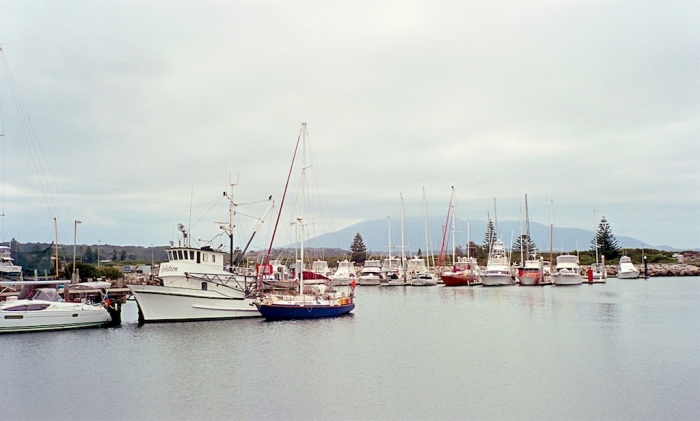 Down the highway, Cuttagee Beach caught the early morning glow after daybreak as waves foamed across the glistening sand. We stopped for a photo break before heading into the National Park. 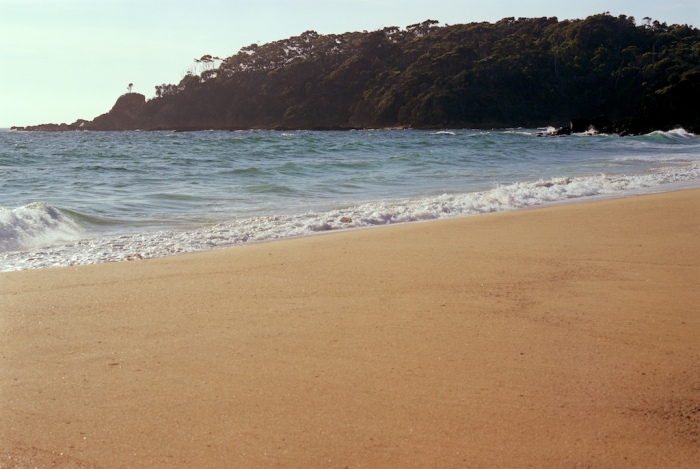 I was traveling with an Olympus 35-S rangefinder loaded with Kodak Ektar 100, and my Chamonix 045F1 View camera with Fuji Reala in a roll film holder, as well as Ilford FP4Plus sheet film.

One of my favourite places has always been the lagoon at Nelson and Baronda Head, but on this occasion we hiked out to the lookout on Wajurda Point instead, then down through the spotted gums and tree ferns to Moon Bay. At the top of the trail a young woman sat on a log among the ferns, strumming a guitar and singing. It felt good to be here.

Eventually we made our way on to Tathra and its historic pier, built in deep water near the end of the point, which protects it from southerly gales and ocean swells. It was time for us to have a coffee at the cafe and share a fabulous cardamon scroll from the Honour Bakery at Bermagui before heading north, and home again.

Waiting for a palanquin