Some views from the International Snow Sculpture Championships 2017, held each February in Breckenridge, Colorado.  This year we didn’t get there until the last day, so some of the sculptures had seen ‘better days’.  Next year we want to try to get there while they are carving.  But for many reasons that didn’t happen this year.

This was also a test of Lomo ISO 800 film and more practice with the Fuji GA645Zi. You can scroll through postings of my digital images here. For Low Light I think the digital camera did do a better job.

But let’s get back to film.  This entry from Team Wisconsin…… 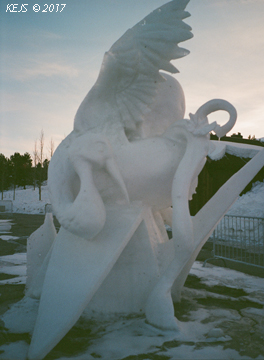 But the best I think from the Mongolia Erdene Team representing Family:

The Host, Breckenridge,  also had a good entry.  And it held up well over time: 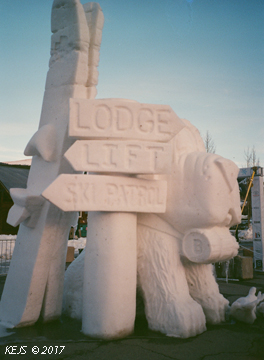 The Entry from Germany: 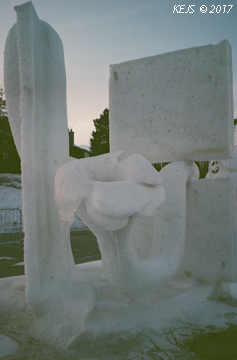 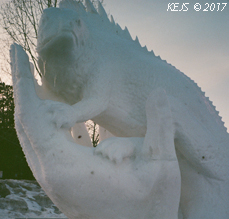 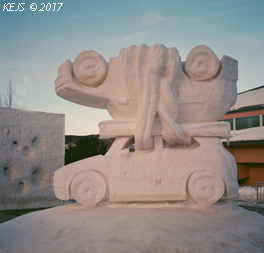 See the list of award winners here.  The Team representing China won, but their sculpture was so delicate that it had mostly melted away.  Also this year there was no strong theme, with entries ranging from the mythical to the mathematical; and some fitting into neither category.