Back in June, I took a walk around Leicester’s cultural quarter to admire some of the new street art that was created during the ‘Bring the Paint’ festival of the previous month. 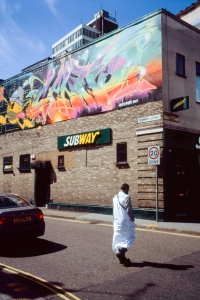 There are a few, building-sized murals including a spectacular work by Smug on the city’s LCB Depot. I’d seen his work in Glasgow earlier in the year and bemoaned the fact that such a creation would never appear in Leicester; I was happy to be proved wrong.

There was also some interesting work in the Rutland Centre car park. On each floor, certain walls had been given over to the artists to bring a little colour to the concrete and brick.

Apparently, as the festival happened and the approved works were being installed, local ‘taggers’ took the opportunity to install some not-so-approved graffiti in the same area.

I took along my now usual pairing of a Leica M6 and Yashica 124. Each was loaded with expired colour film – Velvia in the Leica (expired 2010) and Provia in the Yash (expired 2005!).

Here’s some of the pictures that I took. First up, the Leica/Velvia combo. 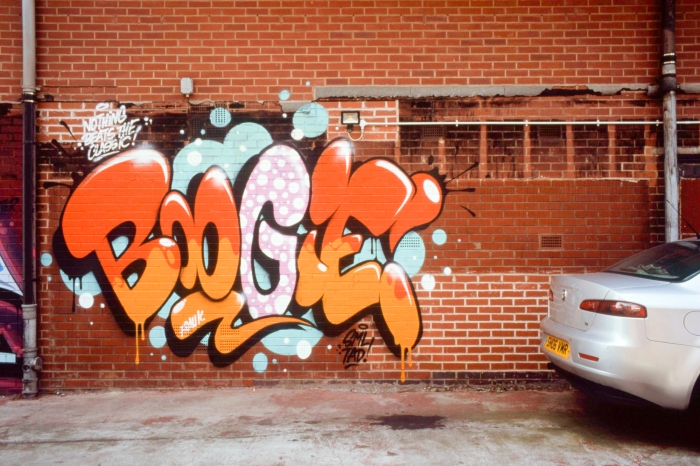 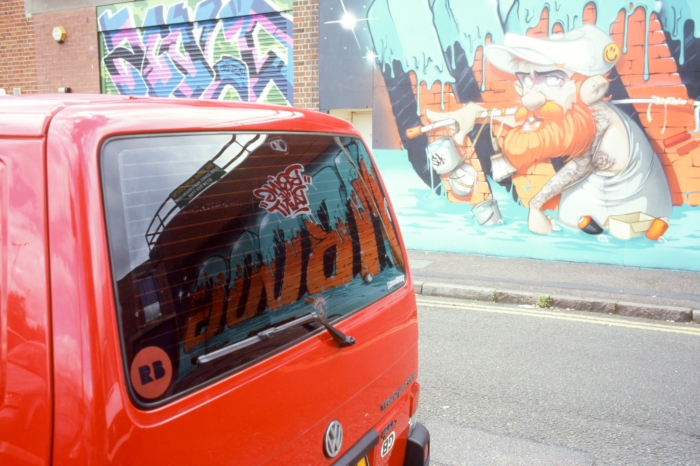 And then the Yashica/Provia shots, including a final photoshoot of my van… 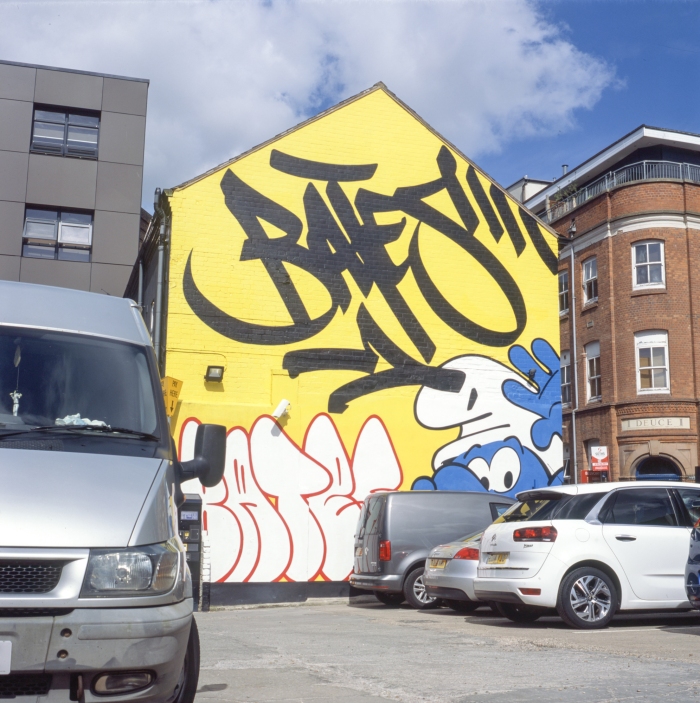 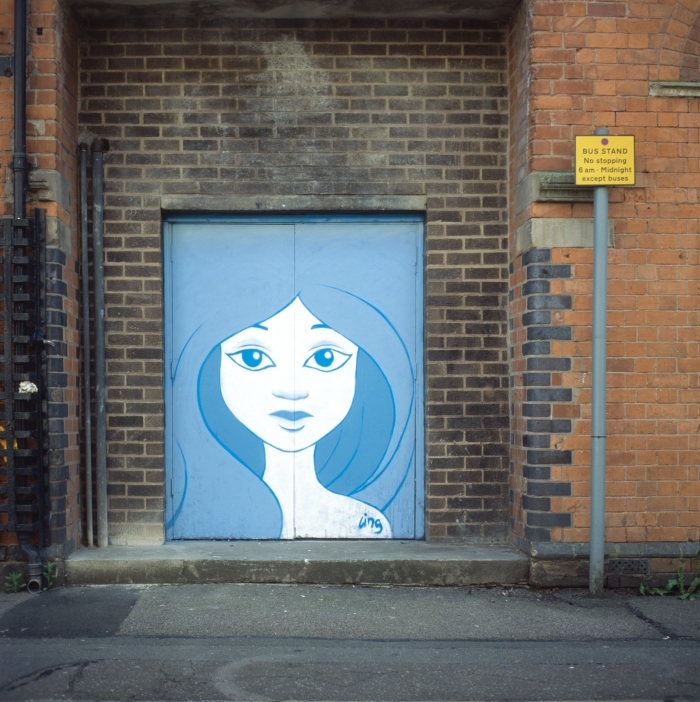 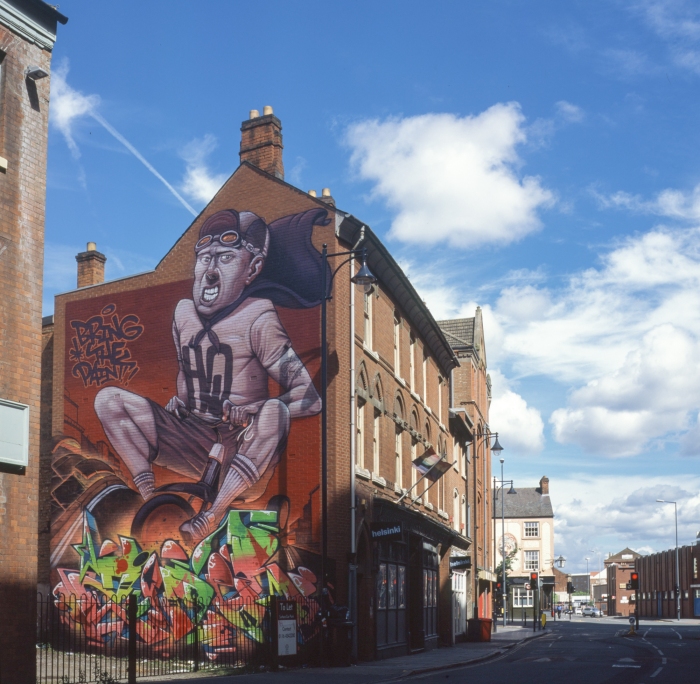 As usual, I finished the film with a snap of my favourite model.

Both films processed by AG Photographic and scanned at home.