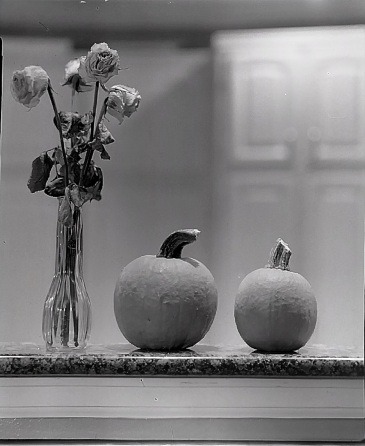 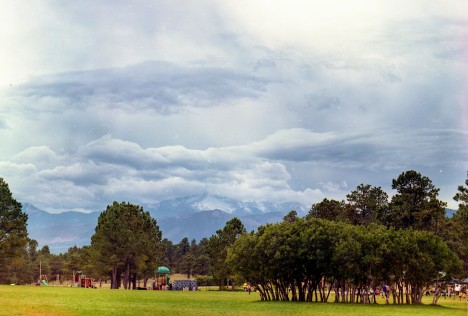 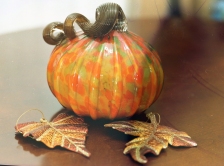 I guess shooting 4×5 film sheets count for a post even though they’re not really physically connected. A friend of mine told me about a month ago that his Linhof Kardan Super Color 4×5 as feeling neglected and insisted that I was the right one to give it some much needed attention. Next thing I know UPS has dropped a very large box on my front porch and I started unpacking, examining and cataloging the contents.

The camera had been stored in a very nice aluminum case since he traded for it seven or eight years ago and he just never got interested enough to try it out. It’s in beautiful condition except for the bellows which looked like Swiss cheese. Shining an LED flashlight inside it made me think of the last time we were at the Planetarium – galaxies of tiny points of light. If I was going to use it the first order of business would be to do something about the bellows. A little browsing and eBay searching convinced me that at the minimum it would cost at least $150 for one that was made either in China or the UK and at the max around $900 for the real Linhof item.

I found that several resourceful types on the forums had contrived different ways of coating the bellows and applying spot patches in such a way as to make them reasonably light tight. I chose to use Plasti-Dip black spray rubber coating – three coats on the outside and two on the inside. This took care of about 95% of the leaks and I was able to plug the rest with some latex rubber paint I found at a craft store. It took a week or so to dry properly and the smell is just now getting to the point that it doesn’t give us headaches when we’re in close proximity. Bringing the Linhof back to life was a little more difficult than most of the tiny in comparison 35mm and medium format cameras that I’ve revived over the years but I think it was the most exciting and rewarding project of all.

I’m still learning the tricks of the trade but I’ve managed to master most of the procedures involved in taking it afield. Having had a Graflex Century Graphic helped a bit with the concept of using a ground glass for focusing, the purpose of dark slides and etc. My friend included a hundred sheets of expired Kodak Plus-X film and I found a super deal on some expired Fujicolor NPS 160 at our friendly local camera store – $5 for a box of about 15 sheets. Much to my surprise both the films are very much usable. I’m developing my own b&w and color and I’ve found doing 4×5 and getting even development is a challenge. I’m trying different methods that won’t involve investing a lot. Tray developing works but is a pain and using the ‘taco method’ with a Paterson tank has promise. I’m sure I’ll eventually find something that works consistently before long.

I’ve taken about half a dozen pictures so far and have been pleased with the results. In fact I’m more than pleased. The quality and resolution of a 4×5 negative is so much better than anything I’ve tried before that I consider myself hooked on Large Format. Like Darth Vader told Luke Skywalker, “If only you knew the power of the Dark Slide!”. Come with me. It is your destiny!

2 thoughts on “The Power of the Dark Slide”