This collection is technically a roll and a half. I’m keeping them together because they were all shot in the same outing. Next week I’ll post the half of the second roll.

About a month ago we decided to take the bus to downtown Denver and hop on the train that now services the downtown-airport route. This train replaces a transit bus and has only been operating for a few months.

We start at the train station down town Denver. 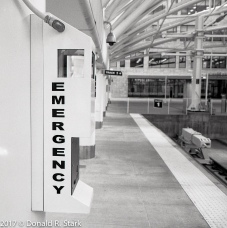 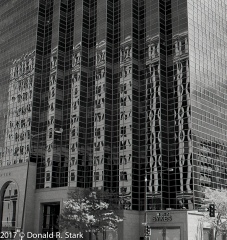 Move to the interior of the train car. 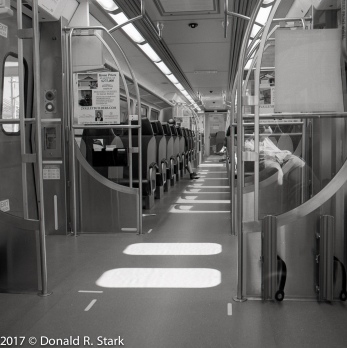 Departure from the train and up to the airport.

Public art at the airport. 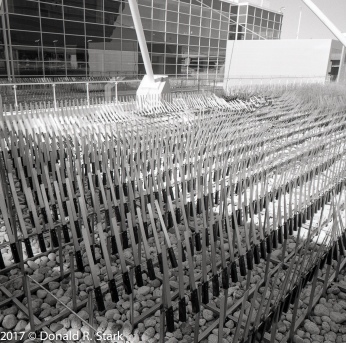 I liked the shape and design of these recycling bins.

Entrance to the airport. 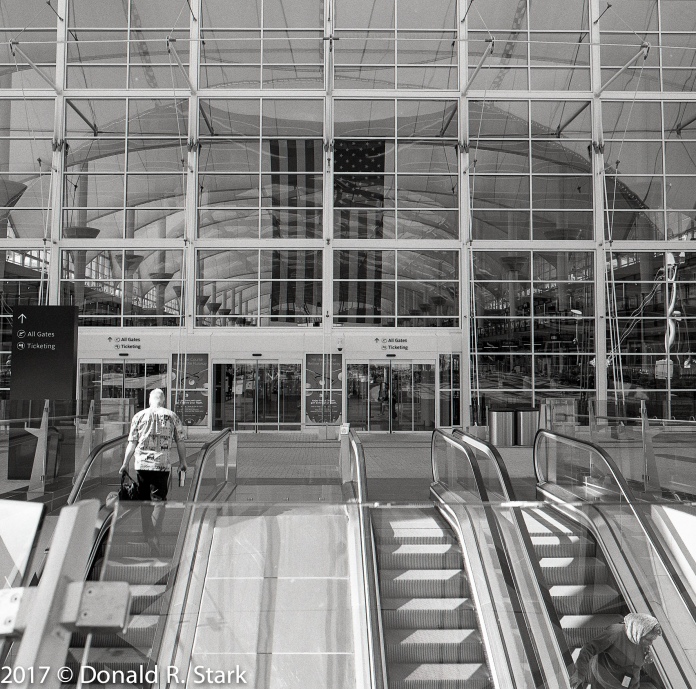 All shots were made with a Mamiya 6 using a 50mm wide angle lens, on Ilford HP5+ film, shot at an EI 200, normally developed with Clayton F76+ developer, and scanned with an epson V700 flat bed scanner.